The impact of teacher recruiting efforts on student achievement 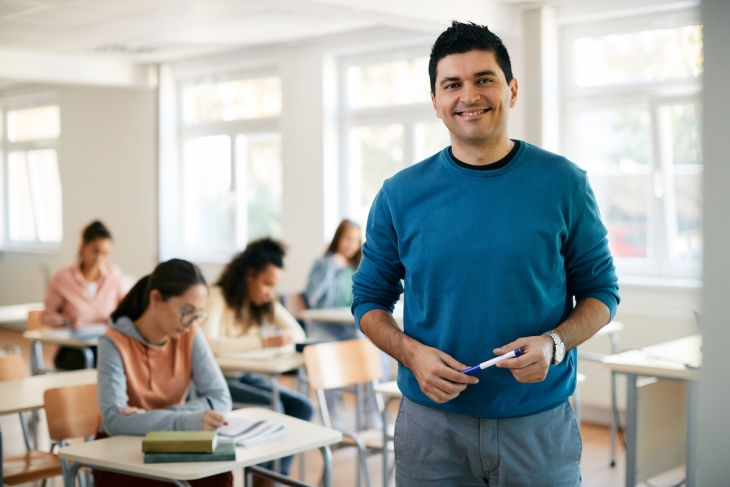 Everyone knows that teachers are the most important in-school factor affecting student achievement, so getting the best ones in front of the neediest students is critical. Recent research, however, questions the desirability of inducing strong teachers to move to lower-performing schools by investigating whether negative impacts may accrue to students in the schools they leave behind, and whether those effects might outweigh any benefits in destination schools.

A team led by USC researcher Adam Kho looks at data from Tennessee’s Innovation Zone (iZone) schools. A turnaround effort for the state’s lowest-performing schools, the iZone was one of several interventions that Tennessee implemented as part of its successful Race to the Top application in 2010 and its No Child Left Behind waiver in 2011. Local iZones are networks of low-performing schools that remain part of their district but are managed separately. Most are in the Volunteer State’s three major urban areas: Nashville, Chattanooga, and Memphis. Along with hiring new leaders and extending learning time for students, one of the highest priorities for iZone schools was to recruit high-quality teachers. The state provided up to $7,000 bonuses for those willing to teach in the iZone—the better the teacher, the higher the bonus—and districts added more to the bonus pool as their budgets allowed. Data show that the efforts bore fruit in terms of improvement in the teaching corps and in student achievement. But little attention has been paid to the outcomes of students in nearby non-iZone schools, many of which were the source of those high-quality teachers who were induced to move away.

Kho and his team focus on the 2011–12 to 2014–15 school years. Student data include demographics, school assignments, and test scores on statewide end-of-year exams in reading, math, and science for grades three through eight. Teacher data include race/ethnicity, education level, years of experience, school and grade level assignments, and teacher quality as measured by their annual TVAAS scores. TVAAS specifically measures “the influence of a district, school, or teacher on the academic progress (growth rates) of individual students or groups of students from year to year” and shows “the impact that the teacher, school and school district have on the educational progress of students” regardless of starting point. The researchers use a series of value-added equations to estimate achievement gains or losses. Their preferred model utilizes school-by-year fixed effects, which makes comparisons between buildings easier. They also compare schools that did not experience turnover as part of this effort.

During the study period, more than 650 teachers transferred into iZone schools. Ninety-two of them came from buildings in the same district as their receiving school. Seventy-one percent of transferring teachers had master’s degrees, far above the 56 percent of teachers who transferred to non-iZone schools over the same period. The average iZone transferee had 7.9 years of teaching experience, slightly less than their non-iZone peers. Sixty percent of transferees had earned an effective TVAAS rating in the previous year, higher than non-iZone transferees (54 percent) but lower than a comparison group of teachers who stayed put (67 percent).

The team’s preferred model showed that students in grades that lost (and had to replace) 100 percent of their reading teachers to the iZone scored 0.10 standard deviations lower on reading assessments than grades that lost none of their reading teachers. Thus, they multiply 0.10 by the percentage of teachers lost/replaced in a grade to calculate the average effect on sending schools. The same process is followed in math and science. On average, grades in sending schools that lost reading, math, and science teachers to the iZone replaced 53, 62, and 65 percent of their grade-level teachers in those subjects, respectively. Students in all tested subjects in all grades at sending schools recorded lower test scores in the year following teacher departures for the iZone. Controlling for the percentage of teachers lost, most decreases were small—from 0.04 to 0.12 standard deviations, with the largest seen in science—and not statistically significant. The more teachers a grade level sent, and the higher the TVAAS score of those teachers prior to departure, the larger and more significant the negative effect.

The researchers take these modest negative effects in sending schools and combine with the positive effects in receiving schools (as observed by a team from the Tennessee Education Research Alliance in 2017), and they find an overall positive impact of the recruitment effort. In short, when higher-quality teachers moved schools, positive student outcomes followed them. The kids they left behind did worse, and the kids they taught instead did better, despite previous years of underperforming. TVAAS scores did not fully explain the differences between student outcomes—suggesting additional unobserved mechanisms related to teacher turnover—but the bottom line seems pretty clear: Teachers matter, and boosting the number of highly-effective teachers matters even more.