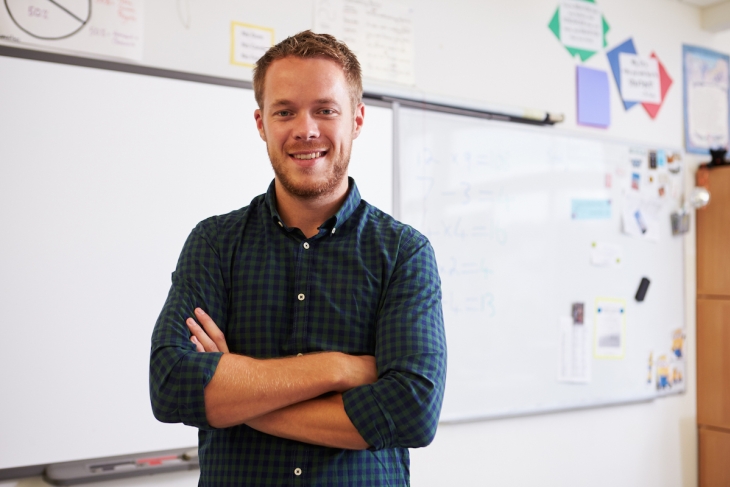 One hallmark of charter schools—distinct from their traditional district peers—is flexibility in their HR practices. Ideally, this means that charters are free to manage their vital human capital in order to better attract and retain great teachers—particularly from non-traditional backgrounds—quickly and efficiently replace low performers, create incentive pay structures, and deploy talent with an eye toward maximum impact on students. However, it is an open question whether charter schools are able to actually capitalize on these flexibilities. A report recently published in the Journal of Public Economics looks at labor mobility within and across the charter and district school sectors in Massachusetts in an effort to provide an answer.

Researchers Jesse Bruhn, Scott Imberman, and Marcus Winters start by creating a simplified model of what is termed “regulatory arbitrage”—the extent to which an employer is able to maneuver within a given set of regulations—in the education sector. In the model, which is based on Bay State regulations, charter schools may hire licensed or unlicensed teachers at a wage of their choosing. Traditional district schools are assumed to have a continuous demand for teachers, to be required to hire only those who are fully licensed, and to be bound to wage levels determined by collective bargaining. Teachers are assumed to have an equal desire to remain in the field regardless of school type, and both charter and district teachers are assumed to be able to move freely between school types—in pursuit of optimal pay—even though full licensure is often onerous and expensive to obtain if pursued later in one’s career. The simplistic model indicates that, given the cost of licensure and hiring flexibility around it, charter schools will hire unlicensed teachers and have high attrition relative to traditional public schools. Ineffective charter school teachers will exit the profession entirely and effective charter school teachers will obtain licensure (if they don’t have it) and switch to traditional public schools. It is important to note that no differential is assumed between charter and district funding levels. While they may approach parity in the Bay State, it is very different in other states, a situation which would render the idea of incentive pay a distant dream.

Using data on the entire universe of public school students and teachers provided by the Massachusetts Department of Elementary and Secondary Education from the 2008–09 to the 2016–17 school years, the researchers’ findings largely reflect their model. Charter schools are more likely to lose both their highest- and lowest-performing teachers relative to traditional district schools. Where departing charter teachers end up also mimics the model: Experienced teachers that are high performing within their charter tend to move to other public school employment opportunities; inexperienced teachers that are low performing within their charter are more likely to exit the Massachusetts education system entirely. Among unlicensed teachers working in a charter school, the decision to obtain a license predicts a sudden and permanent increase in the probability of them moving to a traditional district school. Incidences of teachers moving from traditional district schools to charter schools are “nearly non-existent” in their data.

There are some obvious limitations to the study: Lack of data on private school hiring, no information on teachers that move out-of-state, and lack of generalizability beyond Massachusetts due to varying teacher regulations and funding schemes in each state.

But, in general, the researchers conclude that regulatory flexibility in terms of hiring rules and pay scales does not result in charter schools being able to recruit and retain the best teachers. If incentive pay structures exist in charters, they are not enough to hold onto talented educators. However, charters might be able to deploy the talent they have more efficiently than traditional district schools. The data show that charters are able to maintain their academic quality in spite of relatively high teacher turnover. The fact that charters tend to stay at the same performance level year after year while regularly losing their best teachers to higher-paying jobs indicates that something inherent in the charter model may be driving student results (for better or for worse) beyond a singular reliance on teacher quality. Perhaps a focus on culture and recruiting teachers who are simpatico could be the key flexibility rather than money.

Additionally, the researchers hypothesize that charter schools are creating a positive externality on traditional district schools by increasing the average quality of teacher labor available to them. That is, the lowest-performing charter teachers exit the profession quickly and permanently—a rare occurrence for low-performing district teachers due to tenure and union rules—while the highest-performing charter teachers are motivated to move on to districts, arriving with more experience than first-year teachers hired directly from college.

More study is required to focus in on each of these many possibilities, but it seems clear that there is more than meets the eye when it comes to regulatory flexibility and the teacher workforce.