Why aren't we talking about teacher licensure in Ohio? 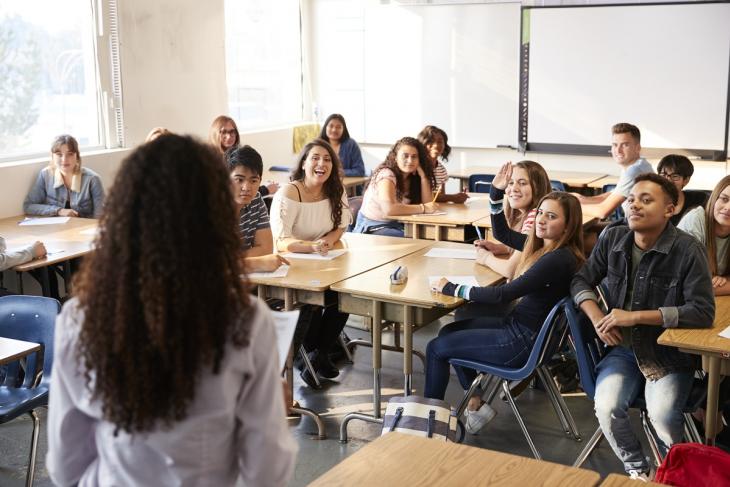 A decade ago, teachers were the most talked about aspect of education policy and practice. Several research studies indicated that while teacher quality wasn't the only factor affecting student achievement, it was the most significant one under the control of schools. President Obama and his administration repeatedly talked about the importance of high quality teachers. And Obama’s signature grant program, Race to the Top, included selection criteria focused on teacher effectiveness and high quality pathways for aspiring educators. Due in large part to the significant funding available through Race to the Top, states across the nation passed laws and implemented programs aimed at improving training, evaluating performance, and holding educators accountable for student learning.

Read the education section of most media outlets these days, though, and you’ll find considerably less attention devoted to teacher issues. In a recent blog post, Kate Walsh—president of the National Council on Teacher Quality—noted that press coverage of teacher quality and evaluation has decreased considerably in the past five years. Not only that, but many of the states that rushed to put teacher-specific policies in place have now altered or eliminated those policies entirely.

Ohio has not been immune to these changes. In the summer of 2018, lawmakers passed Senate Bill 216, which focused on education deregulation. Among its many provisions, the legislation made some significant changes to two areas of teacher policy: licensure and evaluation. In a future piece, I’ll take a look at the changes to evaluation currently being piloted by the Ohio Department of Education (ODE). But for now, let’s focus on licensure.

To understand the impact of SB 216 on Ohio’s licensure system, a little background is needed. Federal law has required states to ensure that all public school teachers are “highly qualified” since the days of No Child Left Behind (NCLB) in the early 2000s. Being highly qualified meant having a bachelor’s degree, full state certification, and subject-area mastery, which was often determined via a content test. But when ESSA replaced NCLB in 2015, the highly qualified label went away, too. Instead, states were permitted to set their own definition for what constituted a qualified teacher.

Substitute licenses were permitted under previous state law and were used extensively under NCLB’s highly qualified framework. But the department’s announcement meant that a good number of the state’s charter school teachers would no longer be properly certified. Even worse, SB 216 limited the length of time that someone could teach under a substitute license if they didn’t have a degree in education or a degree in the subject area in which they were teaching. So, not only were these teachers improperly certified, they were also now subject to a time limit on the license they did have.

It was possible for charters to work around the time limit placed on substitute licenses. The new law permits a district superintendent to request that the local school board approve “one or more additional subsequent semester-long periods of teaching.” Although charters have a different governance structure than traditional public schools, it stands to reason that charter leaders could also request extensions from their boards. But the changes requiring teachers to be properly certified or licensed couldn’t be worked around, and would have left dozens of schools without vital staff members who had previously been considered qualified.

Fortunately, lawmakers smartly came to the rescue in the most recent state budget. The final version eliminated the requirement for teachers in charter schools to be “properly certified and licensed.” To be clear, charter school teachers still have to be licensed. They just don’t have to be “properly certified” in specific subject areas or grade levels. With the additional flexibility of substitute licenses still in place—albeit more complicated than before—charters retained the freedom to hire qualified teachers who took non-traditional pathways to get into the classroom.

The upshot is this: Despite the serious impact these provisions would have had on dozens of schools and teachers and hundreds of students, they were barely reported on. What Kate Walsh pointed out as a nationwide trend also proved true in the Buckeye State—teacher provisions were ignored and lost in the shuffle of more controversial topics such as academic distress commissions and graduation requirements.

In short, teacher policy isn’t a big headline grabber anymore. Nowadays, most of these policies are only discussed at the local level. That’s not necessarily a bad thing, as local control is important. But the impacts and implications of teacher training, effectiveness, and accountability haven’t changed—and they’re definitely worth more attention than they’re getting.