How not to write state standards for civics and U.S. history 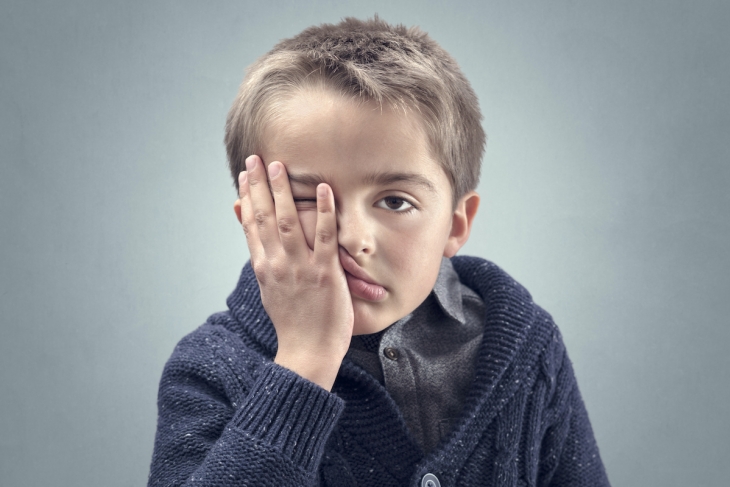 As discussed in Fordham’s new report, many states aren’t making the grade when it comes to their civics and U.S. history standards, which are often vague to the point of being meaningless.

Detailed profiles of every state’s standards are included at the end of the report. But since things have gotten a bit testy lately on the history front, we thought we’d share some of the goofiest standards we encountered, both to illustrate what ineffective standards look like and because, well, you’ve got to laugh to keep from crying.

Like the United States itself, our tour starts in the east and then moves west.

“SS:CV:6.3.2: Describe ways in which countries interact with each other culturally, economically, diplomatically, or militarily. (Themes: A: Conflict and Cooperation, E: Cultural Development, Interaction, and Change, F: Global Transformation)”

Like many standards, this one gives the illusion of substance but doesn’t pass muster upon closer examination. Is there any interaction between countries that isn’t cultural, economic, diplomatic, or military? How is a theme like “conflict and cooperation” supposed to be useful to teachers who are planning a lesson or unit? And what does “global transformation” refer to exactly?

“8.1.U.A: Evaluate patterns of continuity and change over time, applying context of events.”

Is it possible to write a set of high school history standards that includes no history content whatsoever? Pennsylvania thinks so. Compared to this vacuous exhortation, the New Hampshire standard is a model of clarity and specificity.

By now, perhaps, you’ve sensed a pattern. Like the last one, this standard is exceedingly vague. But in this case, the apparent misuse of the word “exemplify” adds yet another layer of confusion. Are kids really supposed to exemplify these things? Or are they supposed to describe examples? (And if it’s the latter, what types of examples should be covered? How complex should they be? And how many examples are enough?)

“SS.CV.4.5: Explain how policies are developed to address public problems.”

To state the obvious, “policies” can be local, state, national, or international. Similarly, “public problems” could include anything from crumbling infrastructure to monopolies in big tech. Kangaroo harvesting in Australia is a policy developed to address a public problem, as was the Chinese government’s one-child rule. Both would fit into this standard as written.

“SS-Gov.9-12.13. Evaluate the powers and responsibilities of local, state, tribal, national, and international civic and political institutions, how they interact and the role of government in maintaining order.”

If there are any limits to the scope of this standard, they are well-disguised. Meanwhile, there’s no indication that Article I, Section 8 of the U.S. Constitution (which specifies the powers of Congress) is considered required content (which it definitely should be) or that students should know the difference between exclusive and concurrent powers (which they definitely should).

“SS 5.4.1.a: Examine the chronology of key events in the United States and communicate their impact on various groups in the past, present, and future. For example: Development of civilizations in America before Columbus, founding of colonies, Native American responses to colonization, coming of American Revolution, founding of United States, creation of the United States Constitution, Bill of Rights, the gradual abolition of slavery in the northern states”

This standard isn’t quite as bad as the others. But beyond giving educators a dim sense of the intended time period, the “examples” provide little meaningful guidance.

“SS12.4.1: Describe patterns of change (cause and effect) and evaluate how past events impacted future events and the modern world.”

Based on the wording of this standard, one might assume that some guidance on which events should be evaluated appears elsewhere in Wyoming’s standards. Yet with the exception of some (commendable) attention to the state’s indigenous tribes, that is not the case.

“SS.H.5.3: Identify roles of individuals and groups and their impact on United States and tribal historical events.”

“C3.6-8.6 Analyze how the United States has interacted with other countries.”

Wait, haven’t we seen this standard before? Maybe that New Hampshire standard wasn’t so bad.

“6.20: Identify and analyze the causes and effects of oppression and resistance in the living histories of historically marginalized groups in the Western Hemisphere.”

As the wording of this standard suggests, Oregon often uses words like oppression, resistance, living histories, and marginalized groups to show that it cares. But the appearance of virtue is a poor substitute for the real thing (or for specific content).

Of course, not all state civics and U.S. history standards are bad. To wit, here’s one from back east that’s quite good:

This standard is clear and specific, giving meaningful guidance and support for social studies teachers. Massachusetts, along with Alabama, California, D.C., and Tennessee, provide excellent models for civics and U.S. history standards. Other states should follow their example.