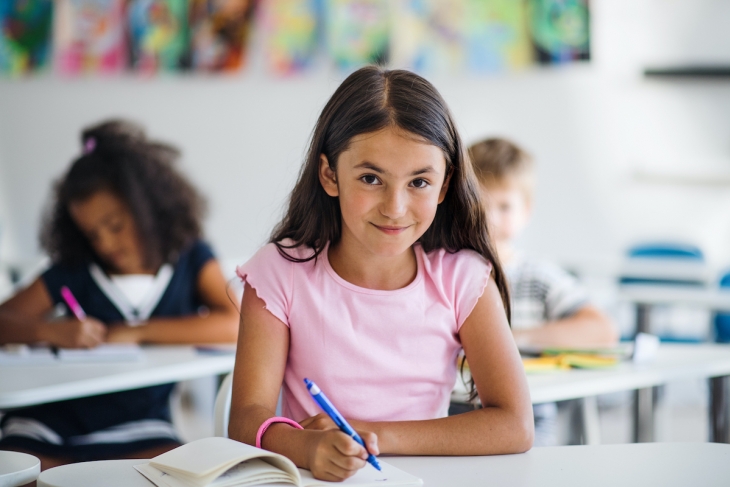 In early 2019, the Aspen Institute released the findings of the National Commission on Social, Emotional, and Academic Development. The report concluded that non-academic factors—such as managing emotions, goal setting, empathy, interpersonal relationships, self-regulation, and more—were vital ingredients to boosting academic achievement for all students. It was the crest of a wave that had been building for decades, but ensconcing social and emotional learning (SEL) in all of the nation’s classrooms was not a slam-dunk before or since. A backlash against so-called “soft skills” arose in some states and communities, particularly around the idea that SEL might supplant parental rights and responsibilities. Or even the Three Rs. Some of this angst likely materialized because we know so little about how social and emotional development is nurtured and reliably measured.

Enter a new study from the journal Educational Evaluation and Policy Analysis that examines how students’ social and emotional development evolves over time. Lead researcher Martin West and his six-member team leverage student survey data from a network of six large urban districts in California called CORE that serve nearly one million kids. The survey is comprised of twenty-five questions that assess four SEL constructs: self-control, which is the ability to regulate one’s thoughts and emotions; growth mindset, which is the belief that one’s abilities can grow with effort; self-efficacy, which is the belief in one’s ability to succeed in achieving an outcome or reaching a goal; and social awareness, which is the ability to take the perspective of and empathize with others.

The survey data are for students in grades four through twelve who completed surveys in both 2014–15 and 2015–16. The final sample for each construct includes about 283,000 students who completed at least half the items for the respective construct in both years. It is important to note that the researchers did not have full individual survey data for grades four through twelve—only the development of SEL for a given student over the course of a single school year. Thus, they produce “simulated cohort trends,” whereby they aggregate information on these changes across multiple grade levels to simulate long-term trends for students who remain enrolled in participating districts. Specifically, they calculate mean score gains for those who completed the survey in both years and use these gains to extrapolate from grade eight, which is the midpoint of the sample, to both prior and subsequent grades. This improves the cross-sectional comparisons by accounting for idiosyncratic differences between grade cohorts and for students’ entry and exit from the study sample, which could be problematic for their models.

West and his team are hard-pressed to draw too many conclusions from these data, especially regarding the role of schools in relation to the observed trends. The results could be impacted in part by what’s occurring outside of the school or stem from typical development patterns of adolescents. They might also reflect students’ differing standards or reference points: Asking a ten-year-old how much self-control he thinks he possesses is fundamentally a different question than asking the same thing of a sixteen-year-old.

That said, prior research conducted by Kirabo Jackson and his team found that attending a high school that improves socio and emotional development positively influences longer-term outcomes, including high-school completion, college-going, and college persistence. That’s encouraging. So is the fact that many reputable scholars are committed to rigorously studying SEL and helping to get its implementation right in American schools. Godspeed!