The future of exam schools 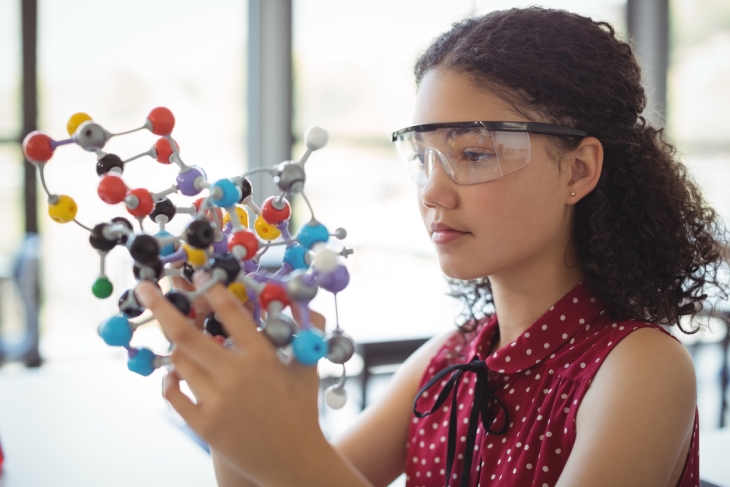 Editor’s note: This essay was part of an edition of “Advance,” a newsletter from the Thomas B. Fordham Institute that is published every other week. Its purpose is to monitor the progress of gifted education in America, including legal and legislative developments, policy and leadership changes, emerging research, grassroots efforts, and more. You can subscribe on the Fordham Institute website and the newsletter’s Substack.

All ears were tuned to the Supreme Court last Monday as it heard oral arguments in two cases that have the potential to end race-conscious university admissions. If, as expected, the Court finds that Harvard University and the University of North Carolina discriminated against Asian American applicants, as plaintiffs allege, the Court may go further and prohibit universities from considering applicants’ race. And because the task of assembling a racially diverse class is so hard to distinguish from impermissible racial balancing, given that both involve numerical targets, the Court may go so far as to prohibit schools from adopting—and taking any action toward fulfilling—the goal of racial diversity.

These cases could end affirmative action as we know it, with ripple effects extending out to K–12 classrooms and corporate boardrooms. Yet it need not minimize the significance of these watershed cases to point out that universities will still maintain considerable discretion to emphasize diversity in their admissions process. Colleges will still be free to favor low-income students or those from underrepresented zip codes, as well as to give “tips” to students who have overcome challenges, so long as their intention is to build a geographically and economically diverse class, for example, rather than a racially diverse one. Moreover, applicants no longer able to “check a box” will still be free to share aspects of their identity they believe admissions committees will find revealing and compelling.

Because it’s unclear how far the Court will go toward overruling prior diversity cases—and because, even under the strictest interpretation of what equal protection requires, colleges will still largely be able to shape their classes as they see fit—conservative and progressive commentators alike are already focusing on what they view as the next big challenge to affirmative action in school admissions, a case involving Northern Virginia’s Thomas Jefferson High School for Science and Technology (TJ).

In 2020, the Fairfax County School Board scrapped the rigorous TJ entrance exam and replaced it with an admissions process designed to make the school’s student body more reflective of the racial make-up of the school district and the region. And because the Supreme Court’s diversity rationale relied on by Harvard and UNC doesn’t apply to K–12 schools, the school sought to accomplish its goals by race-neutral means. After rejecting a lottery in favor of a process more likely to achieve its racial targets, the school offered admission to 1.5 percent of every middle school’s eighth-grade class by applying minimum GPA requirements and giving preferences to economically disadvantaged students.

A parent group sued, arguing that the decision to cap admissions from middle schools with high numbers of Asian American students was intended to—and did—discriminate against those students. A U.S. District Court held for the parents, finding that the school board couldn’t hide behind a facially race-neutral process when the facts—including statements to the effect that the process was designed to alter the school’s racial make-up, as well as its rushed implementation—reveal an intent to discriminate.

The school board appealed, and a federal appellate court appears likely to reverse the court below. Should the Supreme Court take the case, it could impose strict limits on the use of race-neutral, non-academic factors in K–12 school admissions when the record reveals that those factors were employed to affect the racial composition of an admitted class. Yet even such a ruling won’t end the debate over who gets to attend the country’s selective public high schools.

If the Court invalidates TJ’s current admissions scheme, the school board could, for example, implement a lottery open to all students meeting minimum GPA requirements. And regardless of the outcome of the case, voters could elect board members (or state legislators) committed to reinstating a test-based process. It’s for citizens and their representatives to decide what, if any, public purpose is served by selective schools and what kind of admissions process best achieves that purpose.

The fight over TJ and exam schools like it requires us to address some of the toughest issues plaguing education today: whether merit can be defined without reference to race and class, and how best to balance the competing priorities of equity and excellence. If you’re counting on the courts to resolve these issues, you’ll be disappointed.

In 1983, “A Nation at Risk” documented the sad state of U.S. education and called for opportunities designed to renew American global competitiveness. Fairfax County answered that call by creating a school for high school students who were capable of college-level STEM work and employing a rigorous admissions exam to select them. That exam-based admissions process—one that considered grades, teacher recommendations, and other evidence of readiness, but also relied heavily on a test to select students best able to take advantage of an accelerated and enriched STEM curriculum—gave rise to one of the nation’s most exceptional schools.

Families moved to Northern Virginia from other parts of the D.C. area, other states, even other countries, to allow their children to apply to TJ. Students hoping to attend enrolled in afterschool enrichment classes to get ahead in math and prepped, sometimes for years, for the test. Admitted students had the opportunity to choose from an array of advanced, college-level courses and to join nationally ranked academic teams. Graduates went on to top STEM careers. The school was perennially ranked among the nation’s top high schools, often at the very top.

Yet, as TJ’s success grew, so did complaints that the opportunities it offered were not open to all. Because most students needed extracurricular preparation to excel on the challenging admissions test, critics said, the test effectively weeded out students from disadvantaged groups. Despite repeated changes to the admissions process—from eliminating test questions that require knowledge of Algebra and reducing the weight of test scores relative to grades, to emphasizing passion for STEM over awards and accomplishments—the school still admitted few Black, Hispanic, or low-income students. This problem, which had plagued the school since its inception, reached a crescendo with the demands for racial justice that followed the killing of George Floyd.

In response, the school board, which had for thirty-five years viewed a rigorous test as the foundation of the school’s admissions process, suddenly saw it as standing in the way of qualified applicants. Because testing excluded some students with potential, they said, it had to be removed from the process.

Up until that point, TJ’s test-based admissions process had favored Fairfax County’s top middle school math students, who clustered in a small number of (formerly “gifted and talented”) centers. The new process, which limited the percentage of students admitted from each middle school and favored low-income students from schools that historically sent the fewest students to TJ, left most of the county’s top math students out in the cold.

The purpose of selective public schools

As Brandon Wright of the Thomas B. Fordham Institute has written in these pages, when attempting to expand access to advanced educational opportunities, “the challenge is fixing the bad in a manner that doesn’t destroy the good.” TJ’s new admissions regime flunks this challenge. By cutting off opportunities for hundreds of bright, motivated students simply because they’re enrolled at an “overrepresented” middle school, the new system creates as many inequities as it addresses. Before we allow our government to deny some students opportunities in favor of others it deems more deserving, we should understand exactly what it’s doing and why.

As a first step, we should question the dogma that admissions tests measure only wealth and class when so much evidence speaks to the contrary. Objective, unbiased admissions tests have made elite schools like New York City’s Stuyvesant High School accessible to generations of immigrant students. Despite—or, more accurately, because of—an admissions process that is based solely on the results of a highly competitive exam, almost half of the students admitted to Stuyvesant are low-income. TJ’s demographics are different, but this doesn’t obscure the fact that rigorous admissions tests are not inherently biased against low-income students. Instead of fighting about whether admissions tests are influenced more by aptitude, hard work, cultural commitment, or privilege, we should agree that the correct answer is “all of the above” and begin hashing out what we expect schools like TJ to contribute to society.

We also must recognize that, however imperfect they may be, when carefully implemented, admissions tests are powerful tools for identifying students ready for advanced work, and that choosing students without the information they provide will require adjustments to the school’s curriculum. A public STEM school can’t offer classes like Quantum Physics and Number Theory unless a critical mass of students is prepared for them. Likewise, a school will have to remediate students who enter with gaps in their math proficiency if it hopes to give them a chance to graduate. It should surprise no one that removing the exam from an exam school necessarily changes the school’s mission.

When the school board replaced TJ’s aptitude/achievement admissions test with a geographic/needs test, it changed the school’s focus from accelerating the region’s most advanced students to exposing a geographically and economically diverse group of promising students to college-level STEM courses. Both are valid purposes for a public school, but if we can’t have it all, how do we choose between them?

Policymakers need to have open and frank discussions about what they can expect from their selective schools. In these pages, a former TJ Principal, now president of the Illinois Math and Science Academy, offers suggestions for how best to accommodate a range of admitted students, including summer programs and academic assistance. He admits, however, that these efforts offer only a partial solution. If expecting one school to meet the disparate needs of a wide range of capable students is likely to shortchange all of them, we might be far better off creating additional schools or programs.

When it jettisoned the test in favor of a quick-fix answer to TJ’s long-standing admissions disparities, the Fairfax County School Board indicated an unwillingness to acknowledge these complexities. More disconcerting, the body entrusted with educating our children ignored the question that matters most: How can we increase opportunities for high-potential low-income students so that they arrive at a special high school like TJ prepared to take advantage of the acceleration and enrichment it offers? We must hold school districts accountable until they address that question.

Given the devastating impact of pandemic learning loss, convincing school districts to prioritize advanced students will be an uphill battle. But today’s complex world demands that we both preserve and expand opportunities for promising students of all backgrounds. When bright children fulfill their potential, we all benefit.

Hilde Kahn is the parent of three graduates of Thomas Jefferson High School for Science and Technology in Alexandria, Virginia, a former Board member of the school’s foundation, and the author of Head of School, a novel about a school for the gifted forced to grapple with issues of class, culture, race, and ideology.