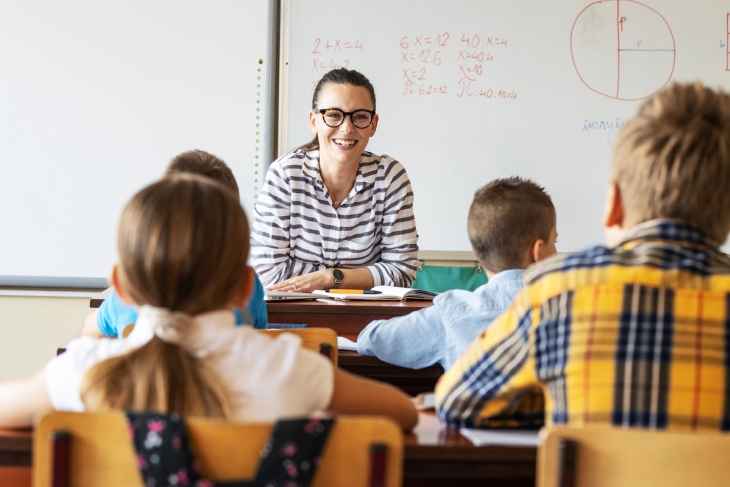 As a long-time (and often lonely) curriculum enthusiast, I’ve followed the work of the High-Quality Instructional Materials and Professional Development (IMPD) Network for several years. This multi-state coalition shares strategies and practices aimed at driving the adoption by local districts and schools of top shelf, standards-aligned curricula. The best-known example of such an approach is Louisiana, which several years ago began evaluating and rating curricula, incentivizing adoption of the most highly regarded programs by providing districts with aligned professional development, teacher training, and other inducements. Intrigued by the promising concept, a dozen other states signed on to follow Louisiana’s lead and explore this approach.

Now there’s emerging evidence those efforts are bearing fruit. A new report from the RAND Corporation indicates that participation in the IMPD Network, which was organized by the Council of Chief State School Officers (CCSSO), is “closely related to higher rates of adoption and use of standards-aligned materials.” Of interest to policymakers, the study suggests that “state networks have great potential for shifting teaching and learning at scale and that such networks can make those shifts through a variety of policy strategies.” That’s good news.

Strangers to the habits and folkways of American K–12 education often find the relationships among schools, teachers, and curricula peculiar and puzzling. The absence of state control of curriculum can also surprise those who’ve never taught (and sometimes even to education policymakers). Doesn’t curriculum “adoption” guarantee its “use”? Teachers don’t have to follow the curriculum? They’re allowed to decide on their own what they want to teach? I thought everyone in a school must teach from the same curriculum!

Isn’t it pretty to think so? Curriculum “adoption” is akin to a magazine subscription you get for Christmas that turns into a stack of unread issues on the coffee table. If you occasionally crack one open and idly thumb it, you can be said to “use” your subscription. But unless you race to the mailbox and devour each issue cover to cover, you’re not at the “buy-in” level. And getting teachers skillfully and enthusiastically to buy in and implement high quality instructional materials, or HQIM, is the goal. That’s how students may benefit from rich, rigorous, and coherent curricula.

Strategies to drive adoption, use, and enthusiastic implementation vary from state to state across the IMPD network. Tennessee, for example, requires districts to adopt HQIM, but other IMPD states like Delaware, Louisiana, and Nebraska are getting high adoption and use without mandates. One major takeaway, per RAND, is that “much consensus-building, long-term work is necessary to encourage a high rate of usage of standards-aligned materials.”

The report doesn’t say so explicitly, but changes in classroom practice and professional habits are key. At present, teachers tend to have broad latitude to create or choose their own lessons, or to modify and supplement provided materials, either to enhance student engagement or because teachers believe district-provided curricula to be wanting. But there’s good evidence to suggest that, when teachers go hunting on their own for lessons, the materials they choose are often substandard. Recall Fordham’s own study of lesson planning resources on websites such as Teachers Pay Teachers and Share My Lesson. It found weak alignment to standards and rated most of the materials as “mediocre” or “probably not worth using.”

Still, curriculum doesn’t teach itself. As such, there’s a rich vein of policy ore to be mined in, if not imposing HQIM, then at least creating the conditions that prompt its enthusiastic use. Joanne Weiss, who has co-led the IMPD work as a consultant to CCSSO, agrees that “skillful use” of quality materials at scale is the network’s endgame. She breaks the process down in two parts, saying, “First, if high-quality materials are purchased; and second, if those materials are used intensively. That is, skillful use develops over time and can be accelerated by strong, curriculum-connected professional learning.”

States clearly have a valuable role to play in evaluating curricula and creating the conditions for districts to “make the right choice the easy choice,” as one Louisiana education official put it a few years ago. Local control tends to make states reluctant to bigfoot school districts even though most have unquestioned authority to dictate curriculum. (Honestly, how many ways are there to teach adding and subtracting unlike fractions?) And historically, curriculum and implementation have generally been accorded secondary status at best in the education improvement toolkit.

The RAND report suggests that mindset may be starting to change, at least in a handful of states. Teachers in IMPD jurisdictions are “significantly more likely to report increased usage of standards-aligned materials, the presence of principal support for use of curriculum materials, and the presence of professional learning supports” for their use. This report offers encouraging evidence to suggest that persistent, patient states can, through various incentives (and the occasional cudgel), drive worthy changes in classroom practice.