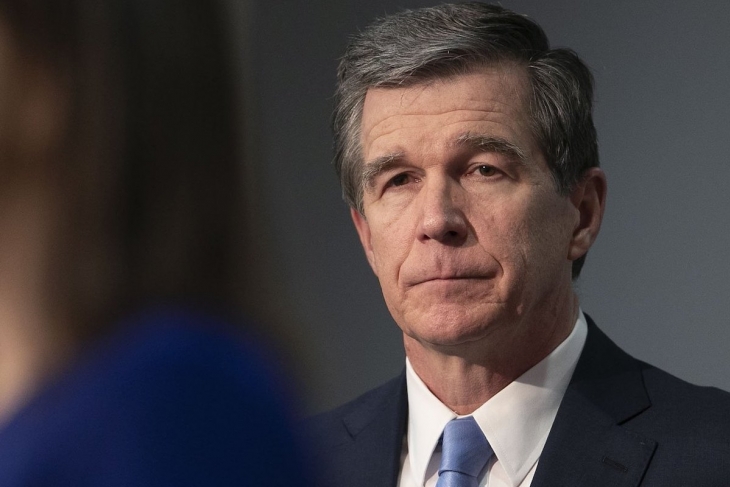 Control of state legislatures is particularly important in a census year, but it’s also an often-overlooked element in driving substantive education policy changes. National politics takes up all the oxygen, but it’s state legislators who make most of the big decisions about how a state’s public-education system operates, is funded, is held accountable (if at all), and much more.

With money and momentum at their backs, Democrats entered last week hoping to deliver more dollars to public schools by flipping state chambers in Texas, North Carolina, Iowa, Michigan, and Pennsylvania, and gaining supermajorities in traditionally blue strongholds like New York. None of that came to pass. Save for New Hampshire, where Republicans won majorities in a giant legislature that’s subject to frequent shifts in party control, the balance of power didn’t budge.

While more spending on schools is arguably a good thing in the time of Covid-19, ed reformers can breathe a sigh of relief that, all things considered, the power shift in statehouses defied expectations. According to the National Conference of State Legislatures, one must go back to the 1940s to find an election where so few chambers flipped parties. This is apt to have many implications for school reform, beginning with the fact that the fondest hopes of charter skeptics—in the form of new moratoriums, caps, or other regulatory barriers—won’t be realized as quickly as they might have wanted. Federal charter school funding, however, is at heightened risk.

Consider North Carolina, where Republicans withstood a massive effort to take over the legislature, which has been under GOP control for a decade. Hoping for long coattails from the state’s Democratic governor, who was re-elected last week, there was talk of Democrats achieving a governing trifecta—control of the governor’s office and both chambers of the General Assembly. Such an outcome would have allowed the governor to pursue his stalled education agenda and proven ominous for charters and choice, as Tarheel Democrats have presented a largely united front in opposition to both. They’ve previously offered bills to abolish school vouchers and place a moratorium on new charter schools. With the status quo unchanged, North Carolinians can expect extended stalemates and skirmishes, but any imminent threats to charter schools should be kept at bay.

Democrats also failed to meet their high expectations in Texas, where the GOP has held an iron grip on that state’s politics since the early aughts, and where the state legislature is headed into a budget session strained by the recession. Blue Texans have been disappointed before, but 2020 was supposed to be the year things tipped. Charlie Brown would finally kick the football, and the state’s minority party would be able to follow through on last year’s landmark school finance bill that, among other things, boosted teacher pay. In addition, their ascent would have sent a signal to pro-charter Democrats to rethink their support for school choice. Yet the needle scarcely twitched.

Both parties also battled to a draw in Minnesota, the cradle of charter schools, in a fight over the state’s upper chamber, which was and will continue to be narrowly held by Republicans. As a result, Minnesota will continue to have the distinction of being the only divided legislature in America, which is good news for charter schools in a state where the governor and education commissioner are former union apparatchiks and the state capital has been a flashpoint for halting the growth of charter schools. The stage is set in the Land of 10,000 Lakes for further gridlock, which means the governor will be forced to compromise with Senate Republicans on budget and ed policy issues—much as appears to be the developing situation in our nation’s capital.

Republicans did, however, experience a setback of sorts in neighboring Wisconsin, where the governor has a long track record of being hostile to school choice and ed reform. Badger State Democrats narrowly thwarted the GOP’s attempt to build supermajorities in both legislative chambers, which would have allowed Republicans to overcome the governor’s vetoes and advance their education agenda at will. Democrats’ success in holding them at bay means more bitter fights over the coronavirus, education funding, and school choice lie ahead.

Further west, Arizona, historically the liveliest and freest state for charter schools and other forms of school choice, came down to the wire with Republicans maintaining majorities in both chambers. The state GOP has controlled the lower house since the mid-sixties and has also dominated the upper chamber during most of that time. As in many other states targeted by Democrats, the Grand Canyon State dealt them a setback, but one that should hearten choice enthusiasts in a state where pandemic-accelerated enrollment declines in traditional schools have coincided with record shifts to alternative modes of learning.

The down-ballot misery for Democrats this year represented a trade-off of sorts for education advocates. Charter schools were spared (for now) from what could have been a stinging haymaker in states with unfriendly governors or legislative majorities. In exchange, they missed out on the potential for more generous school funding, which would have benefitted them and traditional public schools at a time when another round of federal stimulus remains up in the air. We can expect parental choice and school finance to monopolize the ed conversation in many state legislatures for years to come.

Education politics has become as polarized as our national discourse. Rather than trying to rebuild the crumbled bipartisan coalition in support of America’s charter schools, energy and effort are focused on demonizing the opposition. Democrats may have been disappointed in how they fared in statehouses this time around, but don’t expect them to be chastened on ed policy. To be sure, they will be ready to take another crack at it in 2022—the first election post-Census redistricting—when thirty-six governorships will be up for grabs, along with the vast majority of state legislative seats.