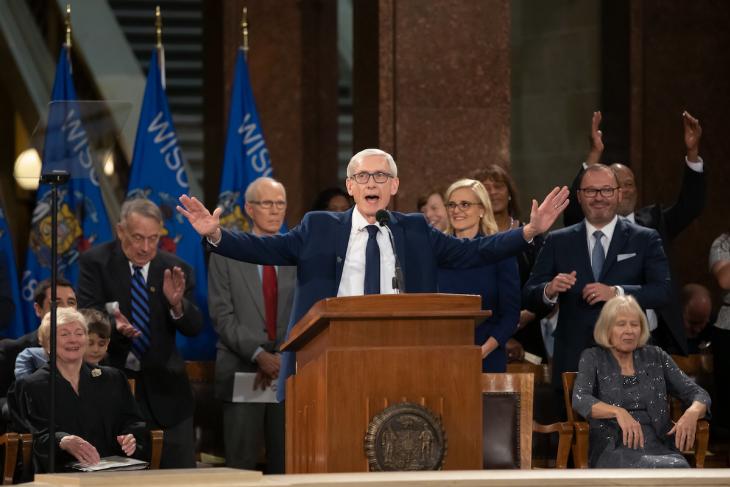 In January of this year, we made predictions for Fordham about the future of education reform in Wisconsin under newly elected Democratic Governor Tony Evers. As the former State Superintendent of Public Instruction with a lengthy background of being hostile to school choice, we had a very negative outlook and advised education reformers to “prepare for the worst and hope for the best.”

Along with our Wisconsin Institute for Law & Liberty colleague Libby Sobic, we recently authored a policy brief titled “A Deep Dive into Governor Evers’ K-12 Budget Proposal.” We conclude that it’s an all-out assault on school choice, touching nearly every facet, from students to schools to teachers.

Next Thursday, the legislature’s all-powerful Joint Finance Committee will be voting on portions of Evers’s budget, and have already vowed to strip away the most damaging provisions, including its enrollment freeze for the state’s voucher programs. But it’s still worth examining the direct and indirect ways the governor wants to drastically reform, or even eliminate, not only these private school choice initiative, but perhaps public school choice, too. His proposals, if successful, would turn back the clock to a time when options only existed for the wealthiest families.

As for vouchers, the aforementioned enrollment freeze would apply to the Milwaukee Parental Choice Program, Racine Parental Choice Program, and Wisconsin Parental Choice Program. With over 40,000 students using these to attend a private school, doing so would prevent additional kids from participating in future years. There is evidence that demand currently exceeds supply. In Milwaukee, a number of high-performing schools have waiting lists for participation. In the rest of the state, the number of participating schools has more than doubled since the 2016–17 school year, and five school districts hit their participation cap. Participants score higher on state-mandated tests than their peers in Milwaukee Public Schools, are more likely to graduate from high school and attend college, and are less likely to commit felonies and misdemeanors. These benefits are so substantial, in fact, that we estimate that the governor’s proposed voucher reduction would cause a $110 million loss in economic activity based on enrollment growth that would otherwise be projected for the programs.

Another causality of Evers’s war on vouchers would be the Special Needs Scholarship Program, a voucher initiative for students with disabilities that’s grown quickly from 215 students to 662 students in two years. An audit by the non-partisan Legislative Audit Bureau last year concluded that parents of students in the program had a 58 percent higher satisfaction rate than moms and dads of similar children who attend public schools.

The governor would also stunt the creation of new private schools participating in these programs. He has proposed that new entrants should be fully accredited prior to participation, even though current law requires only pre-accreditation prior to joining, after which they can complete the process while teaching students. This makes sense because the complete procedure can take up to three years and be very expensive. This is therefore a rather mischievous way to slow down private school choice, especially considering public schools have no accreditation requirement and Evers isn’t proposing any.

Even those families who pay for private education out of their own pocket are under attack. The governor wants to repeal the private-school-tuition state tax deduction. Opponents try to frame this as a giveaway to the rich, but according to the State Department of Revenue, a third of families that use the deduction earn less than $78,000 per year.

Yet perhaps most insidious are his lesser-reported plans for other avenues of school choice. He would freeze enrollment in the state’s independent charter schools, a high-performing sector that is primarily used by Milwaukee’s low-income minority students. And worse, he’d decouple funding for Wisconsin’s open enrollment program from a number of categorical aids that would see a substantial increase under his budget. Open enrollment—wherein parents can send their children to any public school of their choice in a given geographic area—is the state’s largest choice program, in use by more than 60,000 students. By 2021, Wisconsin's Legislative Fiscal Bureau estimates that this proposal would cost schools nearly $800 per student in state aid, a substantial enough sum that could hamper future participation from other districts.

Republican legislative leadership has blessedly pledged to strip out most of Evers’s proposals—of which this substantial list is somehow but a sampling (a complete analysis can be found in our aforementioned policy brief). But this won’t necessarily forestall his future efforts to limit choice and, in doing so, harm the Wisconsin’s most disadvantaged children.

Governor Evers’s vision for education appears to be one stuck in the past—perhaps in the relatively homogenous Plymouth, Wisconsin, of the 1950s, where he grew up and was educated in its one-size-fits-all educational model. But Wisconsin looks different today, and that anachronistic approach no longer makes sense. Its lack of competition has bred complacency, and that’s led to decades of stagnant academic growth and one of the largest racial achievement gaps in the country.

As states like Tennessee and Florida push forward new broad-based education reform initiatives that deepen, strengthen, and broaden school choice, Wisconsin can ill afford to move in the opposite direction. Yet that is what Governor Tony Evers proposes to do. So for the rest of his term, we education reformers will have to play defense. Let’s hope that, like our beloved Milwaukee Bucks, we’re up for it.

Will Flanders, Ph.D. is the Research Director at the Wisconsin Institute for Law & Liberty.

CJ Szafir is the Executive Vice President at the Wisconsin Institute for Law & Liberty.