A curricular trial (and error) to develop giftedness 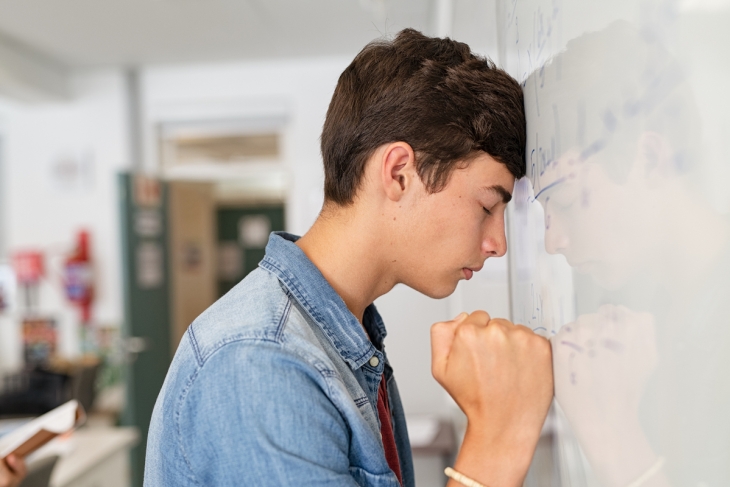 Schools don’t typically begin the process of formally identifying students to receive gifted and talented (GT) services until third grade. What if educators started developing in earnest a child’s innate abilities before then? Would it, among other things, increase the racial and socioeconomic diversity of identified students? A recent study from researchers at Duke and Harvard examines the impact of a curricular intervention designed to do just that.

Nurturing for a Bright Tomorrow (NBT) is a grades K–2 intervention with three subject-agnostic components intended to build underlying gifted competencies. The first aims to develop students’ critical thinking skills—such as observing, describing, and classifying—through twenty-minute lessons four times a week. The second targets particular habits of mind or dispositions, such as persistence, thinking flexibly, and taking responsible risks. The third component involves assigning students various tasks according to different learning styles—like interpersonal or self-expressive styles—so that students can work in their preferred learning mode but also develop their weaker ones (more on that problematic approach later!). Unlike some other interventions, NBT targets all students in a given classroom, thus exposing each learner to GT curricula in advance of formal identification (what some might call “frontloading”).

Analysts conducted a randomized trial across thirty-two elementary schools with the lowest gifted identification rates in the Wake County Public School System in North Carolina. The district had already adopted a universal screener, another important step in boosting identification. NBT was implemented in three sequential cohorts: Students in kindergarten received the intervention starting in 2014–15; first grade was added in 2015–16; and second grade in 2016–17. The full sample included roughly 3,500 kids in a cohort-year and 200 teachers total. The thirty-two schools were matched in pairs on prior school-level gifted identification rates, then randomly assigned to NBT within those pairs. Control group students received business-as-usual instruction. Analysts combine cohorts for the analysis since the sample is fairly small.

The vast majority of students who qualify as gifted do so by meeting or exceeding the 95th percentile on two gifted screeners—the Cognitive Abilities Test (CogAT) and the Iowa Assessments—during grade three, when formal testing generally occurs in North Carolina. Thus, the analysts use those same measures to determine whether NBT increases the likelihood of formal GT identification. They examine scores on math and reading assessments too, including the Number Knowledge Test and DIBELS. The study also piloted a measure new to Wake County for identifying giftedness—the Nonverbal Abilities Test which assesses the ability to identify shapes and patterns.

In the end, NBT did not affect the overall likelihood of students identifying as gifted in math or reading. And in fact it appears to have negatively impacted the likelihood of qualifying for gifted services among Black and female students. Even worse, these negative results are mostly driven by the students who received NBT for the longest time period, meaning cohort 1 for three years. Consequently, students in the control-group schools mostly did better on the Iowa assessment. NBT did not impact performance on traditional math and reading measures either. But the analysts did find that students in the NBT schools were 1.5 percentage points more likely to reach the gifted threshold as determined by the new nonverbal test, impacts that were driven by Hispanic and female children. So perhaps it’s wise to include an entirely nonverbal test (CogAT has some nonverbal elements) as part of a battery of identification measures.

In trying to figure out the reasons for these rather disappointing results, analysts narrow in on NBT itself. Teachers gave their NBT trainers low scores and reported being overwhelmed with the sprawling nature of the intervention, with barely half of them saying that it was beneficial. That’s pretty damning feedback.

While it’s true that elements of the NBT structure are laudable, like early access to advanced content and using multiple instruments (as recommended by GT experts), the skills-centric versus content-centric focus of the intervention is clearly problematic. So is the tone-deaf fascination with debunked “learning styles.” All of this was enough for Wake County to put the nail in the proverbial NBT coffin by 2018. Smart decision!