Reading comprehension is not a “skill” 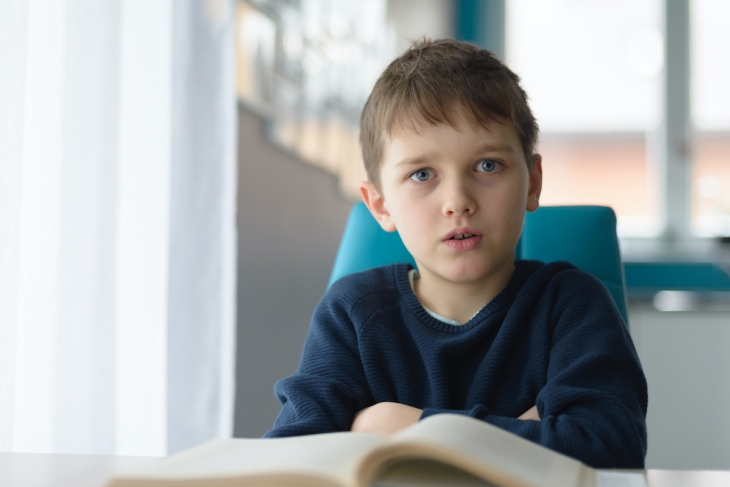 I became a disciple of E.D. Hirsch, Jr. early in my teaching career for one simple reason. His theories about reading comprehension—and his alone—described precisely what I witnessed every day in my South Bronx fifth grade classroom: children who could “decode” (read the words on the page) but struggled to comprehend the words they read. But Hirsch’s remedy, an elementary school curriculum rich in history, geography, science, and the arts, flew in the face of the more fashionable teaching ideas in which I’d been trained.

Faced with state test scores that showed more than four out of five students falling below proficiency, my school responded the same way as countless other struggling schools, ignoring Hirsch and doubling down on time spent on English language arts, dominated by “reading strategies” instruction and teaching techniques aimed at engaging and motivating students to read more. This playbook reflected a common belief without much evidence to support it that struggling readers would flourish if they were taught to emulate the habits of good readers and writers. We trained them in comprehension “skills” like finding the main idea, visualizing, and making inferences, and gave then ample opportunity to practice for large stretches of time on “high interest” books they chose themselves, while teachers “coached” and “conferenced” with them on comprehension. The approach was elegant, intuitive, appealing, and wrong.

For more than forty years, Hirsch has put forth a different idea. Learning to read with understanding isn’t like learning to ride a bike, an all-purpose skill that can be mastered and applied to any bike. Sure, you’ve got to be able to decode printed text and know what nearly all the words mean, but reading comprehension requires knowing a little (and sometimes a lot) about the topic you’re reading about. This insight has been validated time and again by cognitive science. Ostensibly “weak” readers appear quite strong when reading about familiar topics, while those who score well on standardized tests often struggle when reading about subjects they know nothing about. In other words, reading comprehension isn’t a skill at all and time spent “practicing” it is counterproductive because of the opportunity cost: it’s time not spent learning history, science, literature, art, and music, and other subjects that build the common knowledge base that mature literacy rests upon. The greater your store of “cultural literacy,” the title of Hirsch’s best-known book on the subject, the more likely you are to read with understanding.

Those of us who have advocated for the Hirschean view of reading just received an important bit of evidence to bolster our case. A new study published by Adam Tyner, my colleague at the Thomas B. Fordham Institute, along with early childhood research Sarah Kabourek, plumbed data that followed 18,000 students from kindergarten through fifth grade. Not surprisingly, it shows students spend far more time on ELA than any other subject, but also detects “clear, positive, and statistically significant effect on reading improvement” associated with increased time spent on social studies. The pair found no correlation between time spent on ELA and reading gains. Neither were there discernible effects associated with science or art, but this may reflect the way those subjects tend to be taught in elementary school, with an emphasis on “doing” science and art—hands-on, and project-based—as opposed to reading about them. Social studies instruction is likely to be more text-based and to draw broadly from the full range of human experience, exposing children to other lands and cultures, and contributing rich vocabulary and background knowledge, which are the wellspring of language proficiency.

The study’s most significant finding may also be its most overlooked: Lower-income students and those from non-English-speaking homes appear to benefit the most from additional social studies instruction. This is exactly what we should expect. Children from affluent homes are far more likely to be exposed to a broad range of knowledge, experiences, and vocabulary in their daily lives via out-of-school enrichment, rich dinner table conversation with educated parents, and other sources. By contrast, low-income children are far more likely to be “school-dependent” learners. If they don’t get it in school, they may not get it at all. This is another point Hirsch has made all along that has been deeply misunderstood: A cognitively rich curriculum that exposes children to the broadest possible range of knowledge, ideas, and human experience strikes a powerful blow for education equity.

One of the hardest things for educated men and women to do is imagine what it’s like to read without it background knowledge. Like the fish that doesn’t realize it’s in water, literate Americans are swimming in knowledge, allusions, and idioms that enliven their discourse and resolves ambiguities. A simple example is the word “shot.” Very young children can “read” the word, but it means something very different on a basketball court, in a doctor’s office, or when the repairman uses it to describe your refrigerator. Speakers and writers assume their listeners and readers know enough to supply the proper context and fill in the gaps.

This is exactly what I saw all those years ago with my South Bronx fifth graders. Even a simple reading passage was like a game of Jenga, with every block in the tower a bit of background knowledge or vocabulary. Pull out a few and the tower stands. Pull out one too many and it collapses. Sense and meaning are lost. My students were no less intelligent, eager, or capable than more affluent kids a few subway stops away. But we were not giving them what they needed to succeed: access to the broad range of knowledge that literate speakers and writers assume they know. By limiting their reading to the topics and interests they already possessed, we imposed a form of illiteracy on them.

Our long and ineffective “language arts block,” which dominated the school day, was designed to teach them what good readers do. We taught then the habits of effective reading—“good readers make predictions” and “mind movies”—and encouraged them to practice those ersatz “skills” on books they choose themselves. But they continued to struggle and we should have known why.

Editor’s note: This article was first published by Forbes.