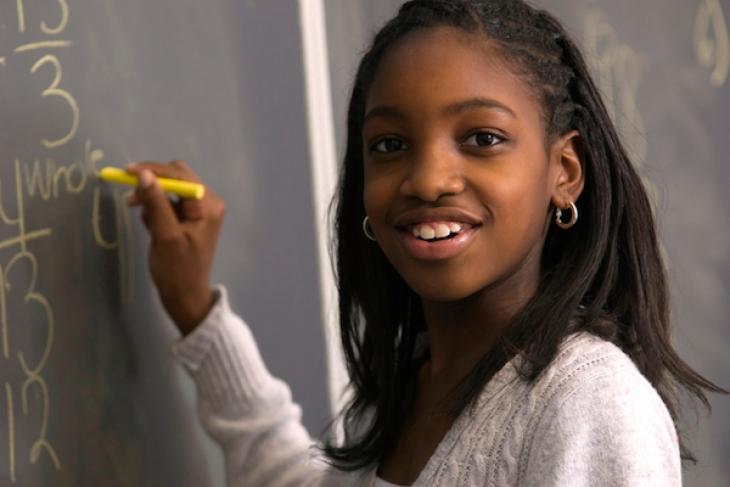 The United States wastes an enormous amount of its human capital by failing to cultivate the innate talents of many of its young people, particularly high-ability girls and boys from disadvantaged and minority backgrounds. That failure exacts a great cost from the nation’s economy, widens painful gaps in income, frustrates efforts to spur upward mobility, contributes to civic decay and political division, and worsens the inequalities that plague so many elements of our society.

All of this was reinforced in a widely noted recent study by Alex Bell, Raj Chetty, and colleagues at the Equality of Opportunity Project, which highlighted the inexcusable number of “lost Einsteins” among American students, most of whom come from disadvantaged backgrounds.

Their team found that, as early as third grade, math scores help to predict who will be awarded patents in later life—that’s the metric they used for “Einsteins”—but also that such scores explain less than one-third of the “innovation gap” between those growing up in high- versus low-income families. Because this gap grows much wider in the later grades, Bell and Chetty suggest that “low-income children start out on relatively even footing with their higher- income peers in terms of innovation ability, but fall behind over time, perhaps because of differences in their childhood environment.”

That “environment” includes many elements, including residential segregation, access to college, and exposure to innovation via family or neighborhood. But it also includes the quality of kids’ schools and the educational opportunities found therein. If the talents of low-income children are not sufficiently cultivated in our K–12 system, we will continue to lose many more potential Einsteins before they even graduate from high school.

A new Fordham study, Is There a Gifted Gap? Gifted Education in High-Poverty Schools, shows some of the ways we lose those future Einsteins due to the education system’s inability or unwillingness to do what it takes to develop the potential of hundreds of thousands of capable young people who hail from modest backgrounds.

Consider how few such youngsters make it into the gifted-and-talented programs that schools and districts offer. While schools attended by low-income children generally report having such programs at the same rate as schools serving more prosperous kids, enrollments in those programs are far smaller in low-income schools. Even within those meager enrollments, black and Hispanic pupils are sorely under-represented.

When high-achieving or high-potential poor and minority students have less access to gifted education than their peers, the existence of such programs may actually worsen inequalities, thus widening what Jonathan Plucker at Johns Hopkins University and the Jack Kent Cooke Foundation term “excellence gaps”—the differences between subgroups of students performing at the highest levels of achievement.

For tomorrow’s leaders and innovators to reflect America’s diversity, today’s schools must do far better at cultivating talented children from every kind of background. First-rate gifted programming in high-poverty schools can contribute much toward this goal.

Is There a Gifted Gap?, by Christopher Yaluma of Ohio State and Fordham’s own Adam Tyner, breaks new ground by documenting several worrisome discrepancies. For the longest time, we had scant data on gifted-and-talented programs in U.S. public schools. Beginning in 2011, however, the U.S. Education Department’s Office for Civil Rights (OCR) began asking schools to provide basic information on enrollment in such programs and to break out that enrollment by racial and ethnic groups. The resulting data are not nearly as comprehensive as we would wish; for example, they include no information on the quality or characteristics of gifted programs, how children are admitted to them, and much else. But they’re still illuminating.

They unearth more bad news than good. Although most schools at every poverty level—and with every level of minority enrollment—report having gifted programs of some kind, students in affluent schools are more than twice as likely to participate in such programs, and minority youngsters, regardless of the school’s poverty level, are much less likely to participate. While 12.4 percent of students in low-poverty schools with gifted programs take part in those programs, that’s true of less than half as many (6.1 percent) in high-poverty schools. And although black and Hispanic students constitute 15 and 28 percent, respectively, of the student population, they comprise just 10 and 21 percent of those enrolled in gifted programs.

Obviously not good! But not immutable either. States, districts, and schools can change how they do this, can develop more young students into Einsteins—and can do so across more segments of the population.

They can start by improving schooling itself—a benefit to all students. That includes harnessing today’s enthusiasm for personalized learning and the technologies that facilitate it, not only to customize children’s education experiences but also to allow able students to move ahead when they’re ready. To the extent that personalized learning is well designed, tailored to students’ needs, and good at demonstrating what one has learned, acceleration of strong students should be more widely practiced than it is now.

Schools also need to identify more high-potential youngsters for inclusion in gifted education, and equip all them, especially children of color, to succeed in these challenging academic opportunities.

Thus we heartily endorse two recommendations made by the authors. First, schools should screen all of their pupils to determine which ones may benefit from gifted services. Such universal-screening practices have been shown to boost participation of minority students and can be implemented at low cost, especially since students already take multiple federal, state, and local assessments, one or more of which can serve this purpose.

Second, school systems should consider identifying the high achievers at each school, not district-wide. Although this means differing standards for inclusion in gifted programs, it will also yield greater socioeconomic and ethnic diversity in those programs.

For the K–12 system to do its part in equalizing opportunities for poor and minority youngsters in the United States, clearly much is needed in addition to gifted education. But too often reform efforts intended to boost the prospects of such children focus entirely on those who, for a hundred reasons, are struggling to achieve academically. As a result, we tend to neglect the kids who are academically able and doing well—yet whose schools do not challenge them to achieve all that they’re capable of. For schools to offer gifted education is an important start. But it isn’t enough unless they also encourage and assist students to participate in such programs—and unless those programs have both the capacity to serve them and the quality to serve them well.