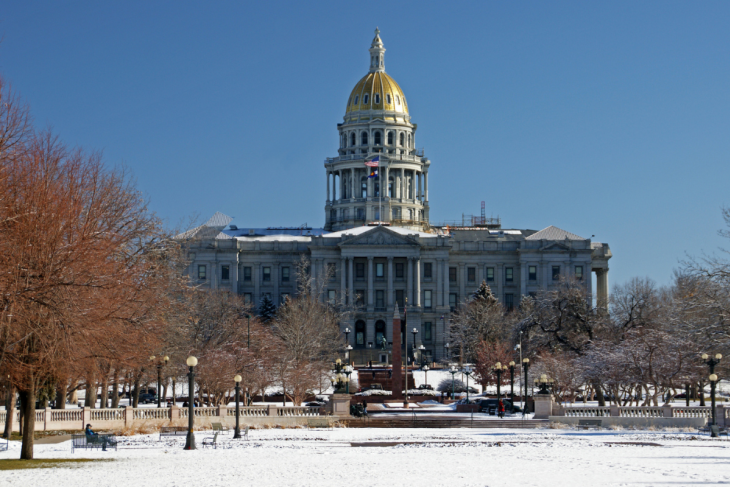 To start the year off on an upbeat note, Colorado’s muscular effort to improve K–3 reading curriculum finally appears to be paying off. One of twenty states that passed or recently considered measures related to the science of reading, the Centennial State began cracking down on how its teacher preparation programs cover early literacy. It is now in the process of requiring teachers to demonstrate more in-depth knowledge about reading pedagogy as well as tightening the reins on which reading programs may be used by districts. Last year, barely two in five of the state’s many local districts used reading curricula from the state’s list of approved programs. That has already risen to 63 percent.

The encouraging news can be traced back to Colorado’s READ Act, a major law enacted ten years ago requiring districts to help struggling readers in the early grades. But laws are blunt instruments, particularly when it comes to improving classroom practice, and the READ Act was no exception. Frustrated by the slow rate of progress, lawmakers passed an update to the statute in 2019, which spurred the state to take a more assertive role in compelling districts to pick from the list of state-approved curricula. Notably, Colorado’s four largest districts—Denver, Jefferson County, Douglas County, and Cherry Creek—have all recently publicized plans to adopt new elementary reading programs that adhere to reading science.

The state’s department of education sent out dozens of letters last fall notifying districts that plans for complying with the curriculum requirement must be submitted later this month. Those that don’t risk having their accreditation rating lowered—a toothless consequence by itself but one that could lead to greater sanctions down the road. Colorado districts have long enjoyed wide latitude on their curriculum choices—it’s a “local control” state, after all—so it’s not surprising that some districts have pushed back by playing games or disregarding the state’s directives. But in a foreshadowing of what may be to come, the state’s fifth largest district, Aurora Public Schools, made an abrupt about-face in December after arguing for months that the state’s rules didn’t apply to it. What’s important to understand here is how and why Colorado’s policy is getting results. Other states may have similar laws on the books, but they haven’t yet seen this kind of response. So what’s the secret? Four things come to mind.

The first was an unusual level of legislative involvement in the details of classroom teaching, emanating from both sides of the aisle. Consider just this one passage from the final law:

Each [district] that enrolls students in kindergarten or first, second, or third grade shall provide to the students the instructional programming and services necessary to…develop the reading skills to enable them to master academic standards and expectations....The instructional programming and services for teaching students to read must be evidence based and scientifically based and must focus on reading competency in the areas of phonemic awareness, phonics, vocabulary development, reading fluency including oral skills, and reading comprehension.

I have mixed feelings about how heavy a hand state legislatures should take when it comes to the nuts and bolts of curriculum and instruction. Those of us who have had a hand on the switch when it comes to influencing state policy often have strong feelings about what is and isn’t within the state’s bailiwick. But if there’s an exception, it might be in Colorado’s unapologetic attention to reading in the early grades, where the battle to ensure the success of our students is largely won or lost.

Second, Colorado’s elected state board of education—which is directly accountable to voters for shaping policy—has been animated by an urgency to raise reading proficiency scores. For example, a report commissioned last year to review the state’s landmark reading law recommended giving districts more time to replace state-rejected reading materials because curriculum adoption is “expensive and time consuming.” Several state board members balked at the suggestion, with one saying, “Reading should be the highest priority that any school district has so they need to be allocating the resources to make the adjustment as soon as possible.” Another added, “Some of the [reading] programs that are in use are actually detrimental to the science of reading. I don’t think we need any more time. I don’t think we have any more time.”

Third, ongoing pressure applied by parents focused attention on the abysmal number of students reading at grade level as well as the barriers—including financial ones—that several districts had erected to obfuscate how literacy is taught. Indeed, officials in Jefferson County, the state’s second largest district, initially reported that it didn’t know what reading programs its schools used! Thanks to the efforts of COKID, a group of parents of children with dyslexia, among others, the legislature enacted a transparency bill requiring districts to submit information about their core and supplemental reading programs for posting on the state department’s website.

Lastly, the news coverage about flawed instructional approaches galvanized by Emily Hanford’s indispensable work sounded the clarion call. Curriculum reform advocates flogged her stuff to state lawmakers, district leaders, and other key stakeholders. Without Hanford’s oeuvre, it’s hard to imagine Colorado making progress at its recent pace. By shining a spotlight on the deficiencies in how elementary schools approach teaching reading, she helped equip policymakers and parents alike with the tools to become knowledgeable and persuasive advocates for high-quality instructional materials.

The open question is how far can literacy laws move the needle on student learning. But good policy is always preferable to crappy policy, and adopting a high-quality curriculum should be low-hanging fruit for school districts, more so after receiving Uncle Sam’s ESSER largesse. Although it remains to be seen how vigorously Colorado will continue to exercise its oversight over curriculum in the face of countervailing pressures to ease up, it’s nonetheless heartening to see state leaders leaning in to ensure that schools employ sound methods for teaching children how to read. If they haven’t already, more states should keep an eye on Colorado’s curriculum reform efforts.