Why don't districts do the easy things to improve student learning? 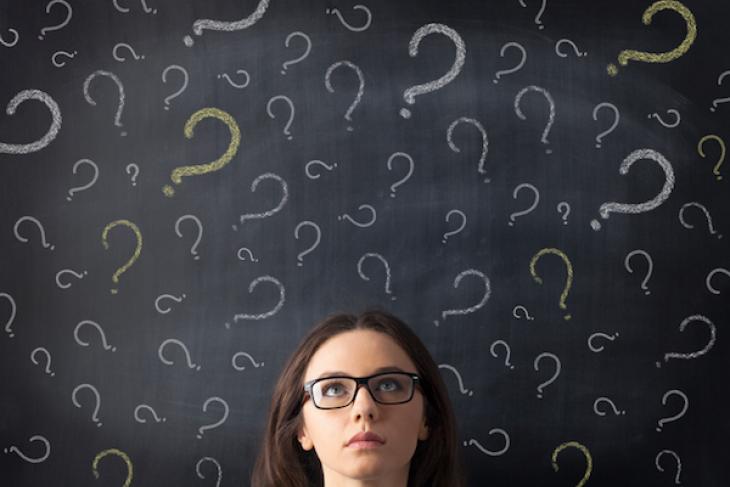 I’ve never led a school, run a school system, or served on a school board. So maybe I am about to ask something that is incredibly naïve and possibly insulting. But here goes: Why are so many of our school districts so complacent? I understand why they don’t always do the hard things, like firing ineffective veteran teachers, or expensive things, like starting one-on-one tutoring programs. But I can’t fathom why so many don’t do the easy, more or less no-cost things, either.

1. Adopting an aligned, high-quality curriculum. This has never been simpler! (Not faithful and imaginative implementation—that’s hard. But picking a good curriculum? Easy!) Both states and non-profits—especially EdReports—are doing reviews of curricular products, and there is a growing number that are meeting high standards for quality, alignment to state standards, and usability, some of which are free. Yet what limited data we have indicate that most schools continue to choose curricula that are not aligned, not rigorous, not proven—if they are choosing curricula at all. I recently got my hands on a “Market Brief” by Education Week that looked at the market share of various English language arts and math curricula for elementary schools. In both subjects, the market leader is “Other”—as in a large plurality of districts is using something “other” than the major commercial products or open education resources. It’s anyone’s guess what these materials are, but other surveys hint that they are probably lessons downloaded from Pinterest and other sites.

Meanwhile, the products that districts are purchasing are generally not those that score well on various rating systems. HMH’s “Journeys” is the top choice for ELA classrooms, with 19 percent market share, even though it only “partially met” EdReports’ very first screen. McGraw-Hill’s “Reading Wonders” is next, with 5 percent, and then Pearson’s “Reading Street,” with 4; the former received just middling marks from EdReports, and the latter scored terribly. On the other hand, Pearson’s “ReadyGEN Text Collection” and Amplify’s “Core Knowledge Language Arts” both received top ratings from EdReports for fully meeting its criteria for content and usability, yet each has less than 1 percent market share.

It’s not much better in math. HMH’s “Go Math” is in the lead with 16 percent; Pearson’s “enVisionmath 2.0” and McGraw-Hill’s “Everyday Math” come in at 8 and 7 percent respectively. None of these materials fully met EdReports’ criteria for alignment to college and career ready standards; enVision and Everyday Math score particularly poorly. But now for some good news: Eureka Math, born as EngageNY Math, has 9 percent of the market, plus rave reviews from EdReports and discerning states such as Louisiana. And the consumers of the product love it too; 82 percent of district administrators surveyed by Education Week who are frequent users of the program said Eureka Math helps improve student achievement. And 77 percent gave Eureka Math positive marks for improving instruction; the next best was 29 percent.

It’s a truism that there’s not “one best curriculum” that fits all schools’ needs. But it’s also the case that some curricula are simply better than others. According to the Education Week data, the good stuff is being used by maybe 10 to 15 percent of schools. Why on earth is this number so low?

2. Making the tenure approval process more rigorous. Teacher evaluation reform may have crashed and burned, but that’s not because the impulse was wrong. Research continues to show that teacher effectiveness varies dramatically from one classroom to the next; our lowest-performing teachers have a hugely negative impact on their students’ trajectories. Identifying these teachers at the get-go and getting them out of our schools could do a world of good. As would recognizing and rewarding our best instructors.

But it remains super hard to do that once teachers have earned tenure (a.k.a. a “permanent contract”), thanks to states’ tenure and due-process laws, as well as local collective-bargaining agreements. What’s not hard is denying someone tenure in the first place. Given that most teachers have to wait three or four years before they are eligible for tenure, and that three or four years is plenty of time to determine whether someone is an effective instructor, districts have a golden opportunity to ensure quality control in the classroom. They can make the tenure-approval process rigorous instead of a rubber stamp. Even better: They could make it a true honor, complete with a ceremony welcoming newly tenured teachers into the most important profession in the world.

Joel Klein made this reform in New York City, and the Big Apple’s rate for approving tenure-eligible teachers went from close to 100 percent to around 50 percent, practically overnight. It has crept back up under de Blasio, but it’s still much lower than the near-universal rates we see in most districts around the country. Nor did Klein have to actually fire unproven teachers; he told most of them to try again the next year, though many decided to leave the classroom instead.

So districts have a choice: They can make tenure an achievement or automatic. Why would anyone choose the latter?

I suppose there are two ways to look at examples like these. The hard-edged view is that our public-school system still isn’t responsive enough to the need for fundamental improvements in student learning, despite test-based accountability, choice-driven competition, and everything else we’ve tried. Maybe it really is time to replace it. The other, more optimistic take is that if and when schools start to pick this low hanging fruit, we could see student learning accelerate big time.

Let me place a wager: If we could get the market share of high quality curriculum above 50 percent, and the percentage of junior teachers approved for tenure on their first try below 50 percent, we would see the most dramatic improvement in student achievement since A Nation at Risk—or maybe ever. Is there any reason, other than complacency, not to try?