Can changing our eduspeak help with post-pandemic schooling? 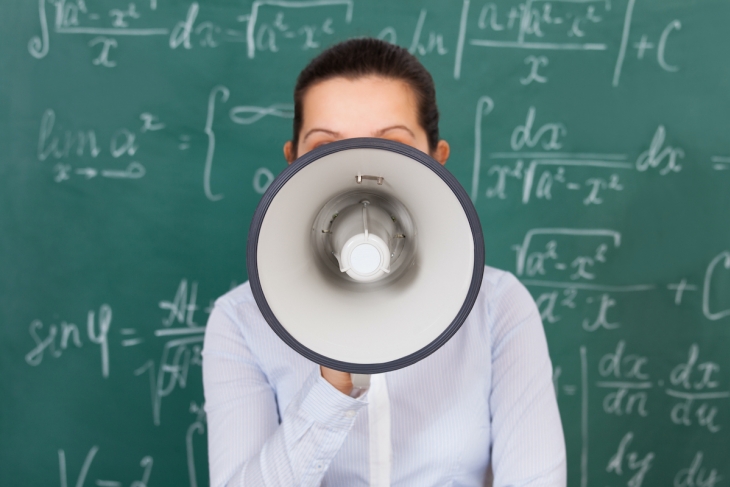 The radio show Marketplace recently ran a piece asking, “Can changing home appraisal language help close the wealth gap?” The story examined structural racism in the housing market, specifically the wealth gap that persists as a result of Black and Hispanic families having their homes undervalued because of their race. Apparently, Fannie Mae believes it can alleviate this long-standing problem by getting rid of racially-loaded language from home appraisals, purging terms like “crime-ridden” and “affordable neighborhood.” A similar effort has been underway in education as schools swing their doors open into a world of continued uncertainty, with forceful pushback against the term “learning loss.”

In both housing and schooling, the well-intentioned goal of this effort is to make the choice of language more objective and less racist. To wit, Fannie Mae says that “integrated community” should be avoided because it puts a subjective emphasis on demographics rather than focusing on the property. Those who are wary of “learning loss” posit that it stigmatizes an entire generation of children—especially those from poor, Black, and Hispanic communities. What’s more, housing and schooling are intrinsically linked, both in terms of property values and educational opportunity.

I have no problem with examining the assumptions behind the words we use. The intergenerational wealth gap is real. Deficit thinking in schools and the soft bigotry of low expectations are real. But in education, it too often seems like more time and energy are being spent in the spin room—think “unfinished learning,” “interrupted learning,” “learning lag,” “missed learning,” “learning recovery,” etc.—than on forcefully tackling the many grave problems we now face.

This disposition towards navel-gazing was the thrust of an incisive Twitter thread last week by Bellwether Education Partners’ Hailly T.N. Korman. She writes:

To be fair, words are not nothing, but words alone won’t count for much with teachers and principals when it comes to getting students back on track this fall. The ship has already sailed on “learning loss,” but even if you could do away with it and other terms that might offend, the replacement terminology won’t help students read, write, add, or subtract any better. Besides which, what happened to the old adage about sticks and stones?

The phrase “achievement gap” has also become a lightning rod of late, with anti-racism activist Ibram X. Kendi arguing that we shouldn’t use it because (he believes) the tests that reveal these gaps are inherently racist. Kendi also seems to suggest that making mention of the “achievement gap” somehow pressures Black and Hispanic students to feel inferior. Not only does this view fly in the face of overwhelming evidence to the contrary, but the criticisms of “learning loss” and “achievement gap” reflect an ethos whose fixation on wordplay has been allowed to trump difficult conversations about who is and isn’t academically prepared.

For better or worse, this haggling over language is symptomatic of a larger problem where, as pundit Jonah Goldberg puts it, “we think words have eldritch energies that can transform reality if we really, really mean it.” On the one hand, there’s an allure to finding just the right word or phrase that threads the needle between dueling ideas. On the other hand, the focus on “learning loss” versus (take your pick) distracts from the knottier work of helping students pick up the pieces from the last eighteen months. What’s worse, euphemistically making information more complicated or difficult to understand doesn’t alter the reality of the underlying information.

I get the inclination to want to rephrase things because you have a political or sociological goal, but that’s not actually in keeping with reality. I’ve often joked that you could call it “dry cleaning” if you wanted. But the phenomenon beneath what you’re calling it is the same, and the most truthful way to term that is an achievement gap.

Or Goldberg again, this time on Fannie Mae:

Not everything is subtext, some things are just, you know, text. Some neighborhoods are, in fact, crime-ridden. Some are safe, some are not. Some have good schools, some don’t. The communities that are safe and have good schools are—regardless of race—more desirable than ones that are not.

You can do a lot with words, but words are not magic. If you think that home buyers—and mortgage lenders—won’t find other ways to get accurate information just because of some new mandate to make appraisals more difficult to parse, you’re not only foolish, you’re begging for punishment from the god of unintended consequences.

Sure, appraisers should reflect on their use of such terms, but the focus on words elides the actual work of getting rid of crime and making neighborhoods safe. Educators and policymakers should notice the similarities and recognize that, to Korman’s point, the obsession with “learning loss” belies the difficult task ahead of “fixing the problem” wrought by the pandemic. As it stands, too many people seem to act as if changing the way we speak about vexing issues is somehow a solution to those problems.