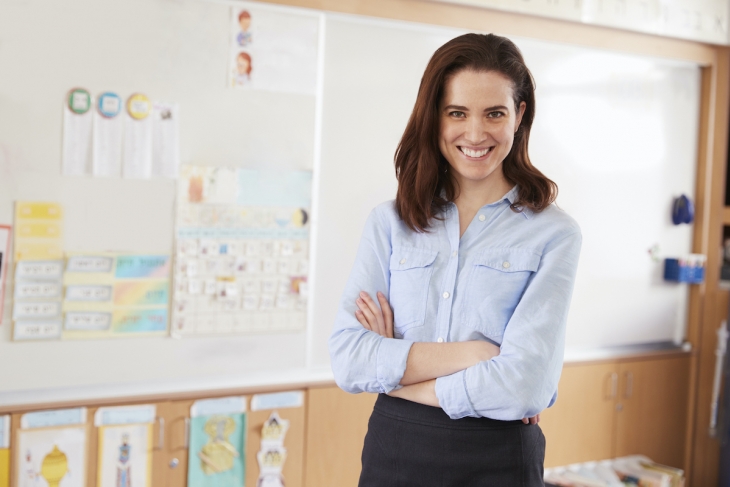 A recent study published in Educational Policy is a timely look at the ways in which states’ alternative certification (or AC) policies for teachers have impacted the composition of the corps of novice educators. AC policies have historically been controversial, simultaneously attracting complaints that their recruitment standards are too low or too high, compared to traditional university-based teacher training programs.

The study—conducted by the University of Florida’s Christopher Redding—uses five waves of data from the federal Schools and Staffing Survey (SASS) starting in 1993 and ending in 2012, and one wave from the National Teacher and Principal Survey, which superseded SASS and covers 2015–16. It homes in on first-year teachers, with a sample of roughly 9,700, and includes information on teacher demographics, educational background, teaching assignments, and salaries, among other things. The difference-in-differences (DD) study design compares the characteristics of beginning teachers in states before and after the adoption of or changes to AC policies to determine whether the following were impacted: the fraction of new teachers to graduate from highly competitive institutions; the average SAT scores of those institutions; the fraction of new teachers of color; the fraction of male teachers; and the fraction of new in-demand teachers—meaning those teaching math, science, special education, or English as a second language. The model controls for a number of variables, including state overall population, fraction of people of color, fraction of bachelor’s degree holders, unemployment rate, per capita income, and student enrollment. Unfortunately, due to small n-sizes, the design cannot rule out that observed differences might be explained by pre-existing trends building before AC policy adoption or changes took place.

Descriptively, Redding finds that a smaller fraction of traditionally-prepared teachers graduated from competitive institutions than did AC teachers and the average SAT/ACT scores of the AC teachers’ undergraduate institutions was 13.5 points higher than those of traditionally-prepared teachers. Black teachers and those of other races and ethnicities were also more likely to enter teaching through AC programs.

Redding also looks to see whether the changes in new teacher characteristics are driven by the presence of Teach For America (TFA) in a state—since it is one of the larger and most prominent of AC programs—but finds no evidence of that (though these data are less robust).

Increasing diversity within the teaching ranks has been a primary focus in education for many years. So it is very good news that AC policies are showing success on this front. Still, AC programs are no monolith when it comes to purpose or operator, although this study treats them as one. They exist to serve the varied needs of students and communities, with some run by public school districts, some by education nonprofits, and some by public charter networks. Tellingly, traditional four-year colleges and universities now routinely offer alternative certification routes, too, with some programs recruiting high-achievers at super-competitive colleges, while others draw from local colleges to fulfill local diversity goals.

Alternative certification policies were once accused of “deprofessionalizing” teaching, but experience and time have proven that claim false, and they are now fairly commonplace. All things considered, our teacher workforce and students are the better for it.