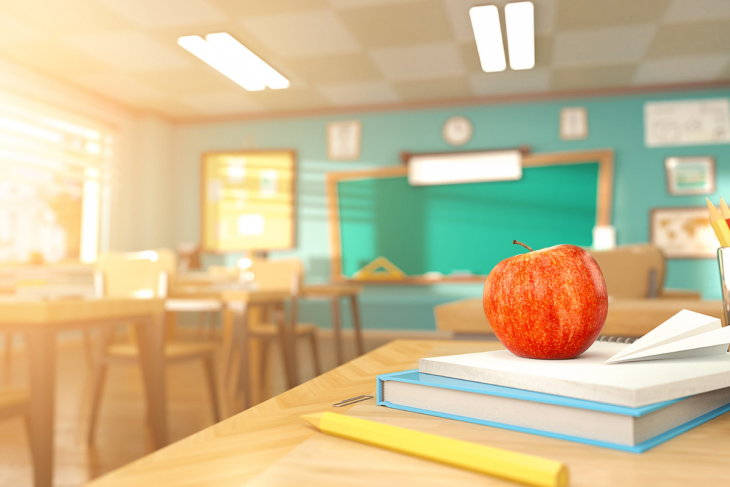 Before they can stand in front of a classroom full of students, most prospective teachers have to pass state licensure exams. But how many candidates pass those exams on the first try and how many need multiple attempts? Which schools fare best at readying their students for these exams?

Such data can reveal critical information about teacher preparation programs. High pass rates could indicate programs that maintain rigorous standards and excel at preparing future teachers, while low rates may reveal the opposite. A close look at retake rates could spotlight programs that go above and beyond to support candidates who don’t pass on their first attempt. And disaggregating pass-rate data by demographic factors such as race and socioeconomic status could help advocates pinpoint gaps and devise solutions to diversify the teaching force.

Pass-rate data are gathered at the federal and state levels, but little of it is detailed enough to help guide policy making. To fill the void, the latest report from the National Council on Teacher Quality (NCTQ) offers an in-depth look at institutional pass rates for subject-content exams taken by elementary teaching candidates. NCTQ’s decision to focus on elementary content exams is important because, unlike their secondary counterparts, elementary teachers are generally responsible for teaching all subjects. That includes reading, and research shows that background and content knowledge in other subjects is crucial when kids are learning to read. NCTQ’s analysis includes national data, case studies on exceptional states and institutions, and dashboards for the majority of states—including Ohio.

There are three things to note before diving into the Ohio data. First, teacher licensure exams vary by state. Some states use Praxis or NES exams, while others use state-specific exams. Ohio uses the Ohio Assessments for Educators (OAE). Like NES exams, OAEs are developed by the national testing giant Pearson. Unlike NES, however, they are unique to Ohio and the state’s learning standards. That makes it difficult to compare Ohio’s results to those of other states, especially those that use exams from another test maker. Second, while there is research showing a positive relationship between licensure exams and student outcomes, this research does not appear to include OAEs. Without a rigorous study of Ohio’s exams, it’s difficult to use pass rates to gauge the effectiveness of individual preparation programs. That’s especially true because we can’t be sure the cut scores set by the state board are appropriately high (history shows a questionable track record). Third, a number of Ohio programs—over a dozen on most measures—had too few test takers to report pass rates. These institutions could be doing a stellar job of preparing future teachers, or they could be struggling. Without data, we just don’t know.

That said, it’s useful and important to analyze the pass rates at Ohio institutions. The OAE elementary education content exam comprises two subtests—one that assesses content knowledge for English language arts and social studies, and a second that covers content in math, science, health, fitness, and the arts. NCTQ focused on results from subtest two because, based on first-attempt pass rates, it appeared to be more challenging. Their data-set includes assessment results from September 2015 through August 2018. Here’s a look at three big takeaways from the NCTQ analysis.

As is typically the case with licensure exams in other career fields, teacher candidates have multiple opportunities to pass their exams. In Ohio, the best-attempt pass rate—the percentage of candidates who ultimately pass the exam regardless of their number of attempts—is 87 percent. Institution-specific pass rates range from 58 to 100 percent. The three poorest performing institutions were Urbana University (58 percent), University of Rio Grande (64 percent), and Antioch University Midwest (69 percent). The top performers were Ohio Northern University and Lake Erie College, both of which posted a 100 percent pass rate, and the University of Toledo which clocked in at 95 percent.

2. First-attempt pass rates are lower and vary widely between institutions.

First-attempt pass rates are an important measure because taking licensure tests multiple times is both expensive and time-consuming. The more teacher candidates who take and pass exams on the first try, the better. In Ohio, 72 percent of test takers pass on their first attempt. That’s a decent average, but it masks sizable variation among institutions. For example, the three poorest performing institutions had first-try pass rates below 50 percent: University of Rio Grande (21 percent), Antioch University Midwest (40 percent), and Urbana University (46 percent). Unsurprisingly, these are the same institutions that posted the state’s lowest best-attempt pass rates. The three highest performers, meanwhile, were Capital University (90 percent), Ohio Wesleyan University (88 percent), and Miami University (87 percent).

3. Pass rates based on other factors are a mixed bag.

NCTQ used admissions selectivity ratings from their 2018 Teacher Prep Review to determine whether some less-selective institutions still managed to achieve high pass rates. Despite getting a grade of C on the 2018 review—which NCTQ equates to being “moderately selective”—Bluffton University and Lake Erie College both registered first-attempt pass rates that were higher than the state average.

Bluffton University also did well when the data were broken down by socioeconomic status. There were only eight institutions where 36 percent or more of all undergraduate students were Pell grant recipients. Such a low number indicates that more work should be done to recruit teachers from low-income backgrounds. Of those eight, only Bluffton University and Cincinnati Christian University earned first-attempt pass rates that were higher than the state average. These data suggest that the schools that do have significant numbers of candidates from low-income backgrounds could be doing more to help them pass their exams on the first try.

Most institutions had too few test takers of color to report disaggregated pass rate data. This, too, points to a significant problem: there are too few candidates of color enrolled in Ohio teacher preparation programs. As the NCTQ report notes, teachers of color have been shown to improve learning outcomes for all students, particularly for students of color. Addressing the dearth of teaching candidates of color should be a top priority for preparation programs and the state.

What to do with all these data? On the policy front, Ohio should make two moves. First, the state should investigate how it can track and publish data for all required licensure exams with the same level of detail that the NCTQ report offers. NCTQ does great work, but Ohio’s prospective teachers, teacher preparation programs, policymakers, and advocates would benefit from having consistent data about pass rates for all licensure exams. Second, the state should consider modifying the OAE elementary education exam so that it separately tests knowledge in each core subject area. Right now, English language arts and social studies are combined under one subtest, while the second combines math, science, art, health, and fitness. Combining these subjects into one test is certainly expedient, but elementary teachers need to have a firm grasp of all the subjects they’ll be required to teach. A combination test can mask deficiencies in one area and make it impossible to ensure that prospective teachers have sufficiently mastered the necessary content.

Such data are also useful to elementary education preparation programs. Those with troublingly low pass rates should look to their more successful peers for best practices to boost a higher percentage of their candidates over the top. And every institution would benefit from investigating how to attract more candidates of color and Pell Grant recipients. As NCTQ notes, teacher preparation programs didn’t create systemic educational inequities, but they are “in a prime position to take action and close these gaps.” A good first step would be analyzing and using these data to improve.