Eleven weeks ago, in High Stakes for High Achievers: State Accountability in the Age of ESSA, the Fordham Institute reported that current K–8 accountability systems in most states give teachers scant reason to attend to the learning of high-achieving youngsters. We coupled that bleak finding with a reminder that the new federal Every Student Succeeds Act (ESSA) creates a rare opportunity for state leaders to rethink their accountability systems and thereby set matters right.

Now we’re back with a companion paper, High Stakes for High Schoolers, which appraises state accountability regimes as they affect high-achieving students in high school. We examined states’ current (or planned) accountability systems and rated them based on whether they incorporate under ESSA the following principles to incent schools to prioritize high achievers:

We find that most current (and planned) state accountability systems provide high schools with few incentives to focus on their high-achieving students. In fact, our analysis indicates that just four states—Georgia, Ohio, Pennsylvania, and Texas—have truly praiseworthy systems when it comes to focusing attention on these students, though four others—Alabama, Idaho, Louisiana, and New York—are clearly moving in the right direction in their proposed frameworks.

See the tables below for two sets of ratings: one for the thirty-nine states (plus the District of Columbia) that calculate (or intend to calculate) summative school ratings and one for the eleven states that don’t (or don’t plan to) take this step.

Click on each state’s name for an analysis of its high school accountability system as it pertains to high-achieving students.

*Indicates that a state's rating was based upon a planned system.

*Indicates that a state's rating was based upon a planned system.

Fortunately, states now have an opportunity to put America’s schools on the right path. It will take leadership and courage, however, as naysayers will always insist that any attention given to high achievers is inherently elitist. They are wrong. There are hundreds of thousands of American teenagers ready to work harder, reach higher, and go further, if only we give them the chance. Many are children of color and come from poor families. They deserve our attention. State accountability systems can send strong signals about who matters. The right answer is everyone—including high achievers.

Amendment: Due to a data oversight, West Virginia's rating was initially represented as one star out of four in this report's initial publication. As of November 16, 2016, all materials associated with this report have been updated to reflect West Virginia's ranking of two stars for its proposed framework under ESSA. We regret the error. 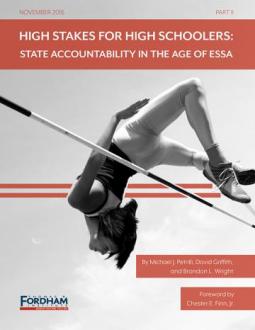 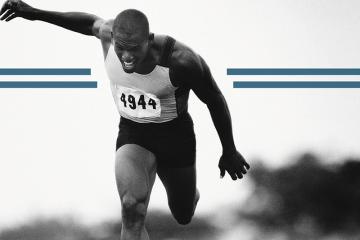 High Stakes for High Achievers: State Accountability in the Age of ESSA (Part I) 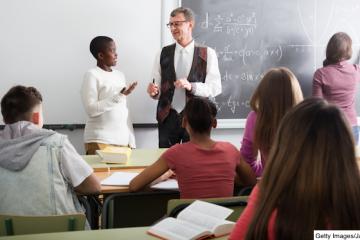 States should use ESSA to do right by high-achieving students 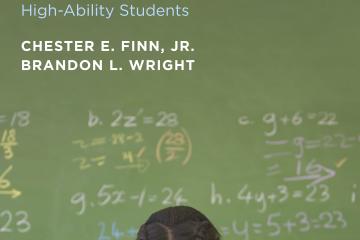