When it comes to education, conservatives should stand for excellence 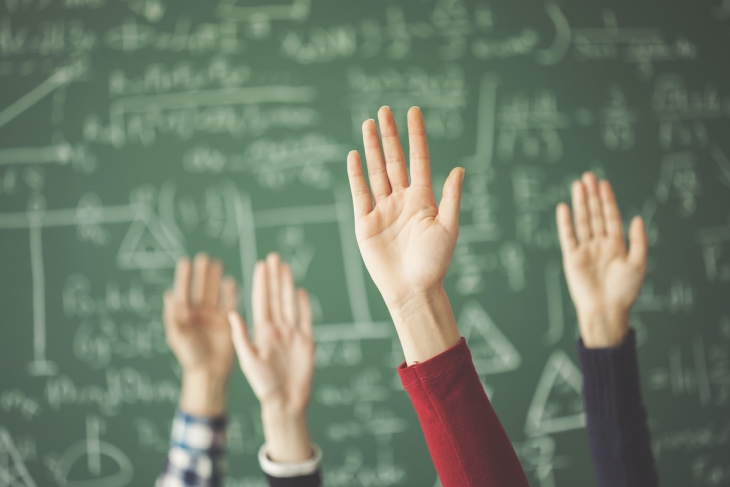 Editor’s note: This was first published as part of the American Enterprise Institute’s Sketching a New Conservative Agenda Series.

As noted by many historians, the modern tale of American education is one of a pendulum swinging between concerns about excellence and those about equity. The Sputnik moment catalyzed worries about eroding excellence, especially in math and science; the Civil Rights Movement and the Great Society swung our focus back to equity; A Nation at Risk marked the beginning of the modern “excellence movement”; and No Child Left Behind took us back to equity—or what AEI’s Frederick M. Hess called “achievement gap mania”—once again.

To be sure, we need not pit excellence against equity. As John Gardner asked long ago (and answered in the affirmative), “Can we be equal and excellent too?” After all, there are realms where they overlap, most notably around efforts to address what some have called “the excellence gap.”

Let’s be clear: Conservatives should not oppose the cause of equity. Indeed, much of the energy for what were once considered “conservative” education reforms comes out of the impulse to do right by poor kids. The motive behind high-quality, “no excuses” charter schools; effective, character-forming urban Catholic schools; and rigorous, proven teaching methods was a heartfelt concern about inequality, injustice, and the desire for our country to live up to its founding creed.

But let’s not pretend there are not trade-offs, too. In many matters of policy and practice, excellence and equity are in tension, if not actual conflict. (Consider, for instance, the scarcest resource in our schools: teachers’ time and attention. Should that be allocated equally to every child? Or prioritized for those who are behind? Or those who might rocket ahead?) We can assume that progressives will always take the “equity” side (except perhaps when seeking the best for their own children). So if conservatives don’t make excellence a priority, nobody will.

What exactly do I mean by “excellence”? Three things: organizational excellence, academic excellence, and excellence in extracurricular activities and other nonacademic pursuits.

Organizational excellence. Organizational excellence is easy to understand but hard to achieve. We conservatives should defend the principle that every American child deserves to attend an excellent school—a school that fields a talented and committed staff; teaches a high-quality curriculum, regardless of its pedagogical approach; engages parents effectively; provides a positive experience for families; and most importantly, achieves great results for its pupils.

Many progressives, especially education reformers, join us in this commitment to organizational excellence but may not be as willing to attack barriers to excellence, such as teachers union contracts that make it difficult to recruit and retain great teachers and bureaucratic structures that make it hard for well-intentioned people to run and sustain excellent schools in a broken system.

Academic excellence. As for academic excellence, several policies and practices belong at the top of our list. First, we conservatives should promote high standards and academic rigor and support schools and teachers who defend them. That means, for instance, pushing back against grade inflation and supporting teachers who refuse to give easy A’s. Second, we should have high expectations for character and behavior and reject “discipline reforms” that are another form of soft bigotry via low expectations. Third, and most importantly, we should support efforts—from kindergarten through college—to nurture our most academically gifted students.

There are ways to build a system of talent identification and development that promotes both excellence and equity and thus can win progressive support as well. Such a system would have at its base a wide range of opportunities for as many young people as possible, including poor kids and kids of color, starting with sizable gifted programs in every elementary school nationwide. “Universal screening” would be essential to find any and all children with academic talent and widen the pipe-line of high achievement as much as possible.

But we shouldn’t shy away from selective-admissions schools like many progressives do. Exam schools at the middle and high school levels, including the famous ones such as Stuyvesant High School in New York or Lowell High School in San Francisco, have proud histories of lifting poor and working-class students to the heights of academic achievement and must be defended. And we should celebrate schools such as Success Academy and many urban Catholic schools that attract highly motivated families and students from high-poverty communities.

We conservatives believe that our country should nurture God-given talent so that youngsters in every generation and from every background can go on to solve difficult problems, start great companies, expand the economic pie, and contribute to human flourishing.

Excellence beyond academics. Finally, we should stand up for excellence beyond academics. For example, we should support excellent technical training programs that teach craftsmanship and attention to detail and launch graduates into good-paying careers. If making such programs selective helps here, too, so be it. Not everyone has the skill or drive to do well in a technical field, and we should reserve scarce slots in great programs for students who do.

Let’s also hail excellence with athletics, music and art programs, and other extracurricular activities. These parts of the U.S. education system arguably work the best and do the most to teach students the social and emotional skills—or what we conservatives more comfortably call “character”—that everyone is now talking about. At a time when football in particular is under attack, conservatives can remind the country that much good comes from Friday night lights.

It is common, in a populist age, to deride excellence as “elitist.” It’s true that excellence is hard and scarce. But it need not be walled off from most people. Our responsibility as conservatives is to stand up for excellence and widen its availability to many more of America’s children.