We know from previous survey research that teachers who hold high expectations for all of their students significantly increase the odds that those young people will go on to complete high school and college. One indicator of teachers’ expectations is their approach to grading—specifically, whether they subject students to more or less rigorous grading practices. Unfortunately, “grade inflation” is pervasive in U.S. high schools, as evidenced by rising GPAs even as SAT scores and other measures of academic performance have held stable or fallen. The result is that a “good” grade is no longer a clear marker of knowledge and skills.

To address these questions, Gershenson analyzed administrative data for all eighth and ninth grade Algebra I students in North Carolina’s public schools from 2006 to 2016.

The analysis yielded six major findings. Among them: Students of all racial/ethnic groups learn more from teachers with high grading standards, and these standards tend to be higher in schools serving more advantaged students. Moreover, the impact of rigorous grading practices can improve student performance in subsequent math classes up to two years later. 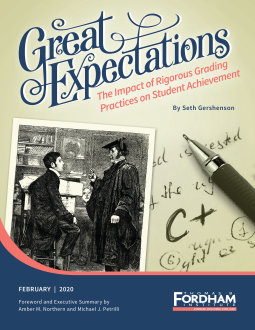 Seth Gershenson is associate professor of public affairs at American University, research fellow at the Institute of Labor Economics, and technical advisor to the Institute for Education Policy at Johns Hopkins. Professor Gershenson works broadly in the economics of education, with specific interests in teacher labor markets, summer learning loss, student absences, community shocks, educational expectations, and the causes… 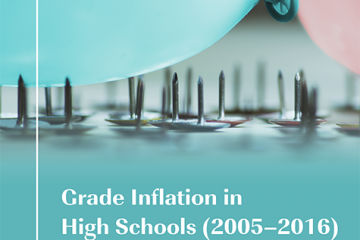 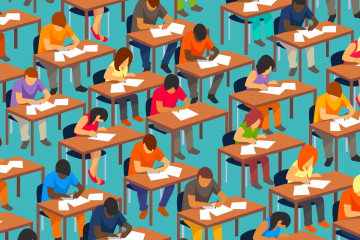