What parents and teachers think about critical race theory 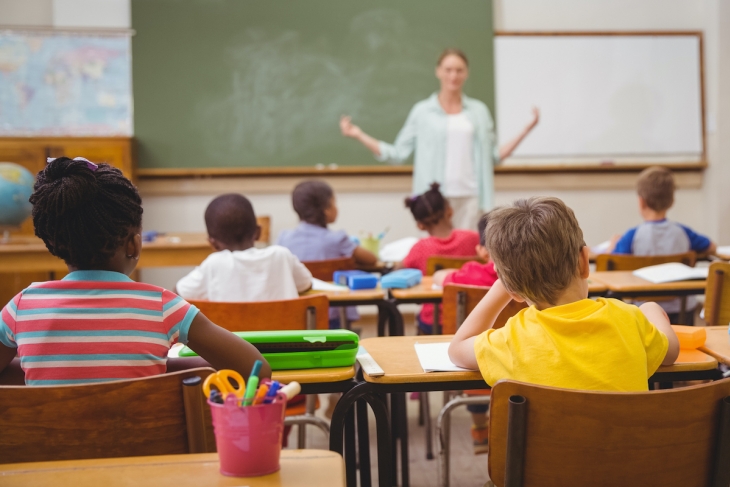 A new Heritage Foundation survey of more than 2,000 parents and teachers shows significant divides about teaching critical race theory. But there largely is consensus that civics content should focus on the duties of citizenship, not CRT.

The survey asked, “Some schools are choosing to teach that in America, systems of authority structurally prevent minority students from achieving the American Dream. Do you believe this should be taught?”

That’s a key idea in CRT—that the fabric of our society is fundamentally torn by race. Despite claims to the contrary, CRT doesn’t seek to tell U.S. history, warts and all. It’s a Trojan horse that distracts our focus from real social discrimination, like public school redlining. Redlining is common in urban areas, denying parents school choice and equal opportunity. This discriminatory practice forces students to attend failing schools because they live in a ZIP code without choice in education.

Instead of learning CRT, students should know how their own schools measure up and whether they are allowed to seek a better education elsewhere. As of 2017, only nineteen states allowed intradistrict public school choice, which means letting students attend school anywhere in the district.

In March of this year, Lindsey Burke, director of the Heritage Foundation’s Center for Education Policy, noted that while thirty states now allow students choice beyond their school district, “just twenty-three out of those thirty require public schools to admit students from outside their districts.... Even in states with open enrollment policies—meaning any student may attend any school within or outside his or her district—families may still be excluded from attending their chosen public schools.”

Kids in the whole state lose opportunities when they are denied education freedom, what Burke defines as “choosing a school or learning environment that is the right fit for them.” Choice is denied them—regardless of race. Meanwhile, doctrines like CRT divide us by race and perpetuate strife between teachers, parents, and school boards.

In light of these varying opinions, how do we focus on pursuing a shared, truthful account of America in civics education? How can a school district build healthy collaboration between parents and teachers, exciting students to grasp the promise of a flourishing civil society for all people?

There is reason for hope. A majority of parents (54 percent) said that viewpoint diversity in educational philosophy and curriculum are important to them, and an additional 20 percent leaned positive. A vast majority is open to advocating strongly and publicly for civics education (61 percent yes to 13 percent no). And one-third (32 percent) already feel empowered to advocate for new curriculum content.

Indeed, there largely is consensus that civics content should focus on the rights and duties of citizenship over CRT. Almost 83 percent of teachers and more than 68 percent of parents placed this topic in an ideal civics curriculum. In contrast, less than half as many parents (34 percent) and teachers (41 percent) included CRT.

In other words, parents and teachers overwhelmingly believe that students benefit from civics education on the core functions of government—the part of civics on which all reasonable people agree. Parents and teachers also agree that the most important function of civics is practical information and guidance on how to carry out the duties of a citizen. Choosing among five options, both groups put this topic first. That unity makes us optimistic.

The choice is ours. People have the freedom to use CRT as a weapon to cast hate. Or we can use core civic knowledge as an opportunity to reset, understand our common political inheritance, and build a stronger community with our children.

There are many great resources for parents and teachers that provide an honest narrative of America’s historical failures and victories. The curricula at 1776 Unites, the Bill of Rights Institute, and the Ashbrook Center are models of excellence. Their resources, in the hands of good teachers, inspire children, unite them to the past, and remind them of the consistent resilience that charts our course upward from rough times. Many school boards have invited master educators from Ashbrook or the BRI to visit and help local teachers get it right. This is a healthy way forward.

Our kids deserve to know a rich future is theirs if they make good choices and work hard. It’s true, and we need to keep teaching it.

Editor’s note: This was first published by the Washington Examiner.

Adam Kissel is a senior fellow at the Cardinal Institute for West Virginia Policy.