Three things to watch for in schools’ post-Covid recovery 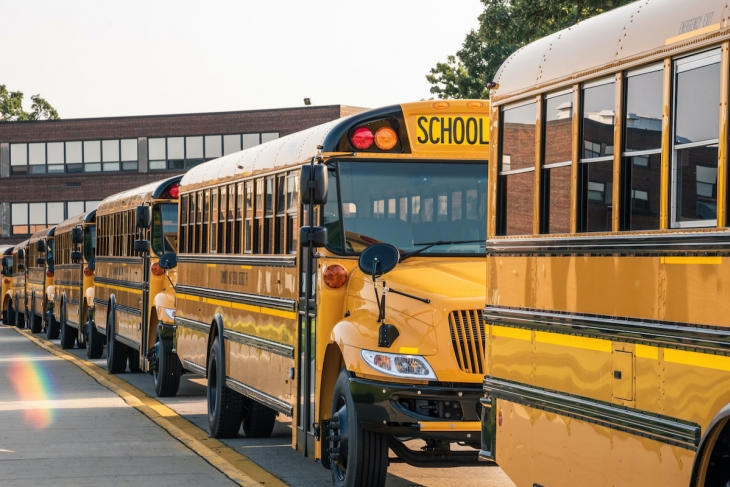 Despite the progress schools and districts have made on returning fully to in-person instruction, some of the habits and apprehensions they’ve developed over the last thirteen months could impede their upcoming education recovery efforts. The global shock and disruption mean schools should not underestimate how this post-Covid hangover could linger in the weeks and years ahead, carrying with it significant repercussions as the work of stabilizing the system gets underway.

Even now, a whopping 70 percent of K–12 educators still believe the pandemic is a “real threat” to their school district. Parents, too, have their reservations, with some planning on waiting until their children have been vaccinated before sending them back to school, which for younger children probably won’t happen until next year. What’s more, low-income and minority students—especially those living in marginalized communities—are the most likely to be missing out on in-person learning and the least likely to return to school. Taken together, these philosophical and demographic divides might make the already formidable task of catching students up even more challenging.

Three things in particular could really gum up the works.

The first is whether mask-wearing should still be required in schools in 2022 and beyond, an argument that is as much about our raging culture wars as it is about public safety. Vaccines are now available to any adult that wants one, generally without delay. Partly because of this, some parents are beginning to wonder why their children should be compelled to wear masks if the adults in the school have already achieved immunity, or decided to take their chances without the miracle of modern medicine.

To be sure, some teachers and students could continue to wear masks in perpetuity; there should be no quarrel with those who make this choice. The tension arises now that we’ve entered a period of declining prevalence and rising vaccination rates. Case in point, Arizona’s governor just lifted the state’s mask ordinance in light of their rapid progress on vaccines. In response, the state’s schools chief threw a fit, calling the decision a “bomb” that’s been dropped upon Arizona’s schools. This kind of rhetoric may have been defensible in April 2020 when vaccines were a distant possibility, but it’s borderline irresponsible a year later given the tools and information now at our disposal.

Is it really a big deal to ask students to wear a mask? If the goal is to get more families—especially families of color—comfortable with sending their children back to school, there’s an argument to be made that mask mandates might help. The counterargument is that an indefinite enforcement of mask-wearing becomes superfluous as infection levels drop and as more students and teachers get vaccinated. Blanket mask edicts also fail to take into account local circumstances and other trade-offs to say nothing of the disincentives towards vaccination that can be created.

Regardless, this issue is coming to a head between parents and school districts across the country. Consider the words of Courtney Ann Taylor, a mother in Georgia who recently delivered an impassioned plea on behalf of her six-year-old daughter to her local school board:

It’s April 2021 and it’s time. Take these masks off of my child. And I know what I’m going to be met with: “But Ms. Taylor, the CDC.” We did not vote for people at the CDC. We did elect leaders who do create policy. We elected the five of you. We chose you to make difficult decisions for our children…

The video of her testimony has since gone viral, generating equal parts sympathy and scorn. But if left unresolved, this fracas could pose a real distraction to getting schools back to any semblance of the ordinary. It also illustrates the fact that not everyone is ready to rush headlong into a world where all schools are reopened as normal.

Second, the future of standardized testing and the information those exams provide will be in greater jeopardy following two consecutive years without them in many jurisdictions. From Los Angeles to Washington, D.C., millions of students, teachers, and families will have grown accustomed to the absence of a yearly academic checkup, and, the thinking goes among testing opponents, they will be none the worse for it. As a result, the never-ending debate is about to enter new and uncharted territory as more parents and educators alike question the whole premise of the current testing regime. Indeed, if federal education law has been tested by the pandemic, it’s by the stress that’s been exerted upon annual assessments and results-based accountability.

Finally, there’s the pernicious spread and stickiness of the four-day school week, a subject I’ve written about previously in this space. It was largely an Intermountain West phenomenon until the pandemic. The idea has since exploded as thousands of districts have used the discredited pretense of deep cleaning to dial back the amount of live instruction per week. To wit, the four-day model is now common in New England states, and there’s a real danger that schools and systems have become attached to it. If these districts carry the abbreviated school week into the next school year, there will be even fewer instructional minutes and hours available at a moment when time on task is of the essence.

We are nothing if not creatures of habit, and in the case of keeping masks on, testing off, and four-day school weeks the new normal, these routines may prove to be stubborn habits to break. According to the American Psychological Association, nearly half of Americans feel uneasy about returning to their pre-pandemic lives—including those that have already been vaccinated. Schools and districts will be called upon to help overcome this post-Covid hangover. So while it’s heartening to know that teachers are setting their sights on the tutoring and other programming that may soon be required—with policymakers laying out the tools to help—we would do well to keep an eye on the abiding crisis-mongering and bad-news bias that continue to shape habits and threaten to handicap the best laid plans for reopening schools.