The sorry history of “what works” in school 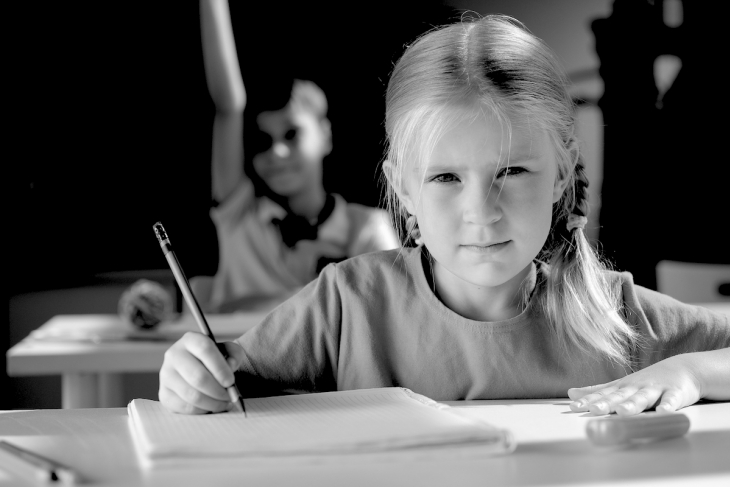 My friend and colleague Mike Petrilli is understandably proud of Fordham’s spanking new Acceleration Imperative: A Plan to Address Elementary Students’ Unfinished Learning in the Wake of Covid-19. He’s worked super-hard to midwife it, engaging great outside help, drawing support from the Fordham board, and committing endless hours of his own, even as a few of his colleagues voiced reservations. This 126-page product is far more—and more ambitious—than a conventional Fordham research report. It’s an open-source draft, meant as a crowd-sourced style “wiki” to be engaged and improved by readers and users over the months ahead. More than that, it’s meant as a resource for education leaders, particularly the chief academic officers of urban school systems and charter networks, as they strive to make up for the lost year (and more) in the education lives of their disadvantaged pupils, and while they do that, also seek to reboot their high-poverty elementary schools to do better than ever in the future.

That’s no small ambition, and I wish him well. But you can also mark me down as skeptical, wary, and to be blunt, more than a little weary as I contemplate yet another earnest effort to nudge educators into doing “what works” in schools where it hasn’t worked in the past.

We’ve been around this block a bunch of times before, including several ongoing efforts, which Mike’s wiki cites and often borrows from. Thus we have a “What Works Clearinghouse” with all sorts of government-conferred status, funding, and almost two decades of experience. Its experts carefully vet “the evidence” on a dozen big education topics from math curriculum to charter schools to “teacher excellence.” They apply rigorous criteria to a ton of research studies and evaluations on specific topics, interventions, and programs, and wind up reporting the robustness of the evidence as to whether something actually “works.” Of course, it’s then up to the prospective user—assuming that research evidence is what drives their decision-making—to track down the What Works ratings, then locate the materials, then deal with implementation.

Thus there’s no shortage of research, and there are plenty of sources of expert reviews, meta-analyses, and wise counsel as to what works best if you install it in your school or classroom and implement it correctly.

I helped lead one of the first such ventures, some thirty-five years ago, when Education Secretary Bill Bennett turned to us in the (then) Office of Educational Research and Improvement (OERI, antecedent to IES) and asked, “Don’t we have a lot of research into what works? How about compiling it and getting it out?”

That triggered vast staff activity and expert outside advice, led by veteran OERI executive Milt Goldberg (with Susan Traiman) and produced an eighty-five-page volume titled What Works: Research About Teaching and Learning. A copy of the second edition, dated 1987, is sitting on my shelf. It opens with a letter from President Reagan, followed by a quote from James Madison (“Knowledge will forever govern ignorance...”), then Bennett’s foreword, then my introduction, then fifty-nine “findings” about—yes, about “what works”—based on research, experience, and expert counsel from leaders in the field.

These weren’t just any old research findings aimed at any run-of-the-mill school. As Bennett wrote, in words much like Mike’s, “Many of the findings in What Works come from ‘effective schools’ research that was done primarily to determine what kinds of schools help poor, disadvantaged, and minority children the most. We know these things can work for those children.”

The contents were organized in three parts. “Home” contained nine items from “reading to children” to managing TV time. “Classroom” contained twenty-nine items from phonics to study skills to managing classroom time. The remaining twenty-one findings were listed under “School” and ran from “school climate” to “mainstreaming” to “acceleration.”

The Education Department really worked at getting this assembled and then disseminating it, including printing and distributing more than half a million copies. We talked it up and wrote it up, presented it to every audience in sight, publicized it every way we knew.

Mostly, it met with widespread approval. Months after the first edition came out, I wrote in Education Week that:

[T]he overwhelming response to it from within and without the education community has been positive, even laudatory. Editorials commending the book’s clarity, good sense, and usefulness have appeared in papers as dissimilar as The Christian Science Monitor and The New York Post. It has been hailed from Coos Bay to Shreveport, from The Washington Post to The Chicago Tribune. Liberals like it. Conservatives like it. Most educators do, too. We’ve heard from Albert Shanker and Scott Thomson, from Ernest Boyer and Samuel Sava, and from lots of others. Perhaps most remarkable, “What Works” has gotten high marks—oral and written—from the research community as well…. [W]e have glowing letters from the current and past presidents of the American Educational Research Association. Its principal journal recently published a warmly supportive commentary by Marshall Smith, the incoming dean of Stanford University’s school of education.

And yet I have to say that, to the best of my knowledge, What Works had almost no impact on actual education practice in the schools of the United States. What a waste...

Why education research and “best practices” so seldom alter on-the-ground practice—except in America’s high-performing, non-profit charter networks—is a big topic, more than I can tackle here, but one that should be seriously pondered.

As for Mike’s wiki venture, he has designed it to do more than evaluate specific pieces of the education puzzle on the basis of research and evidence. You can pull it apart that way if you like—and find, say, several recommended math curricula. But it’s intended as a nearly complete school plan, built with the recovery phase of the pandemic in mind.

Again, I wish him well. But there’s also much precedent for that ambition. That’s what the New American Schools Development Corporation set out to do in the 1990s: to reinvent the school on the basis of research, experience, and expertise, not just bits of the school, but the entire school. That’s also what Chris Whittle’s Edison Project set out to do around the same time. More recently, that’s what any number of charter schools and charter networks have set out to do. That’s what the XQ Institute’s “Super School” project is about.

Some of these efforts gain traction, though almost always within the limited set of schools that they control and operate directly. That’s what Eva Moskowitz has brilliantly achieved in New York City, for example, as have High Tech High, IDEA, Uncommon Schools, and more. The list could go on. The truth is that it’s possible for creative and determined people to design and implement an “innovative” or “research based” school, even a clutch of them. But these are almost always brand-new schools, not makeover schools, and they’re almost always part of a system of more or less identical schools. Not coincidentally, those systems are almost always outside the usual public-education bureaucracies and governance structures.

Maybe that can happen in the high-poverty urban public elementary schools that Mike’s wiki project is targeting. The gusher of flexible federal funds now beginning to flow into schools certainly makes the dollar costs manageable. Those funds plus the post-pandemic reopening could open the way for forceful, visionary district leaders to, in effect, reboot some of their schools according to the wiki design. It would be a fine thing if they do. But it’s really, really hard, especially with extant schools that have tenured and unionized staff, that are part of set-in-their-ways bureaucracies that, in turn, are responsive to superintendents who seldom stick around very long and are themselves answerable to highly political elected school boards. On top of which, in today’s climate, education leaders must deal with the insistence on “working with the community,” which communities may have very different priorities than the practitioners and education experts that have shaped the “acceleration imperative.”

Call me gloomy Gus. Observe (as Mike will) that my glass is chronically half empty. Try your best to prove me wrong. Perhaps you can.