Should we be worried about rising inflation? 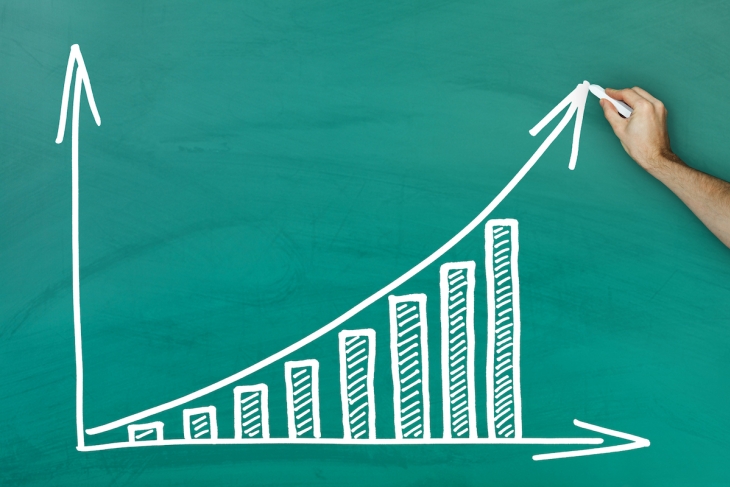 Inflation is up, and no, I’m not talking about gas prices. I’m talking about some troubling trends observed among the 2019 graduating class of high school students in the recently released 2019 NAEP High School Transcript Study. On paper—transcript paper that is—students look like they’re flourishing: Completed credits are up, rigorous course-taking is up in desirable STEM subjects, and grades are up, too. Up to historic highs. This would all be fantastic, except for one not-so-small caveat: Actual learning isn’t up.

Learning is measured by the NAEP, a standardized test administered by the US Department of Education that is taken periodically by a nationally representative sample of students. During the ten years from 2009 to 2019 during which STEM course-taking and STEM GPAs increased by 3–4 percent, NAEP science scores were flat and NAEP math scores decreased by about 3 percent.

This doesn’t add up. How can more students than ever be taking STEM classes and getting better grades in those classes, yet show no demonstrable improvement in science and math? Something must be wrong. Call me a pessimist, but my money is on those reported gains in grades and advanced course-taking being misrepresentations of reality. Grades can be wrong in the sense that they do not accurately reflect students’ learning and mastery of course material. Part of this is that grades capture subjective elements like effort and attendance, too—so they shouldn’t align perfectly with academic mastery—but that isn’t enough to explain the disconnect. Usually, grades are too high, which we term grade inflation. I’ve written about this before, documenting, for instance, that in North Carolina between 2005–16 more than one-third of public school Algebra 1 students who received a B in the course failed to score “proficient” on the state’s end-of-course exam. This exemplifies what Adam Tyner and I called static grade inflation in our typology of grade inflation: a fundamental disconnect between a reported grade and actual learning.

But the recently released transcript study suggests that other forms of grade inflation are present, as well. Dynamic grade inflation occurs when that disconnect between grades and learning widens over time. This is exactly what we see, as over the past ten years, GPAs are trending up while NAEP scores are trending down.

How can course-taking data be “wrong?” It has to do with course names, which as Laura Meckler pointed out in the Washington Post this week, are just that: names. Schools might be changing them for at least two reasons. First, states may mandate certain courses for high school graduation. A version of Campbell’s Law suggests that, since schools want to maintain their graduation numbers, they might fiddle with course names to satisfy the new requirements while maintaining their graduation numbers. Second, the same college-admission pressures that led to grade inflation might similarly lead to “rigor inflation” in course names. As high school transcripts become more important in college admissions due to reduced emphasis on standardized tests like the ACT and SAT, a transcript with a fancy sounding science course is sure to stand out—much as a perfect GPA or 800 SAT score would—even though the content of that course and the content mastery associated with that GPA can’t be corroborated.

This is a problem. Grade inflation and this new phenomenon of name inflation create real equity concerns. My prior research demonstrates pervasive differential grade inflation, meaning that the disconnect between grades and content mastery differs across student groups. Specifically, we show that grade inflation has been disproportionately increasing in relatively affluent schools over the past twenty years in North Carolina. Michael Hurwitz and Jason Lee find similar patterns in national data. The newly released transcript data suggest these patterns are continuing. This adds to the advantages that students in relatively-well-resourced schools already have in the college admissions chase because they have more access to those sought-after rigorous classes. More generally, these patterns add noise and confusion to an already tricky process. Increased ambiguity about how to interpret high school transcripts will likely lead admissions officers and employers to look at other factors, such as the reputation of the school and neighboring communities, whether they do so consciously or not, that exacerbate existing inequities.

Seth Gershenson is associate professor of public affairs at American University, research fellow at the Institute of Labor Economics, and technical advisor to the Institute for Education Policy at Johns Hopkins. Professor Gershenson works broadly in the economics of education, with specific interests in teacher labor markets, summer learning loss, student absences, community shocks, educational expectations, and the causes…