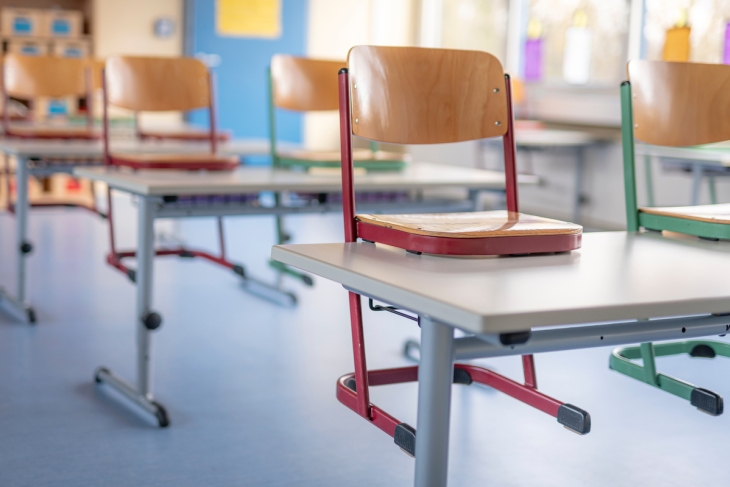 With schools and districts across the nation said to be reeling from staffing shortages, calls for action are loud and insistent. As always, hard data lags the outcry, but recent survey findings from the American School District Panel and RAND shed some reasonably timely light on staffing issues and efforts to address them in the midst of an ongoing pandemic.

Fielded in November and December 2021, the survey is based on responses from school leaders from across the country. Analysts randomly sampled traditional public school leaders and also invited heads of charter management organizations to join their district-level panel of respondents. Of the 987 total that enrolled, 359 (twenty-six of them from CMOs) participated in this survey. Responses were then weighted to make them nationally representative.

The key statistically-significant findings are as follows: 68 percent of district leaders say the pandemic has caused a shortage of teachers, and 95 percent say it has caused shortages of substitute teachers. More CMOs, urban districts, and high-poverty districts reported the existence of pandemic-induced shortages than did their traditional district, non-urban, and low-poverty counterparts.

Respondents were asked about eleven different teaching positions and fourteen non-teaching positions. The single greatest shortage was for substitutes, with 77 percent reporting a considerable shortage as of fall 2021. The next largest shortages reported were for high school teachers, special education teachers, and math teachers—the latter two being categories that have long been hard to fill. Among non-teaching staff, shortages of bus drivers topped the list, with 74 percent of leaders saying this area faced a moderate or considerable shortage, followed by paraprofessionals (cited by 60 percent), and cafeteria workers (53 percent). The researchers plausibly hypothesize that these shortages were caused by a confluence of increased rates of sickness, burnout, lack of child care, and hesitation to work in higher-risk settings during the pandemic. Two categories hardly ever reported as having shortages were central office staff and school secretaries. Not surprisingly, high-poverty districts reported more shortages than low-poverty districts.

Next, respondents were asked if they had expanded their hires in 2021–22 above pre-pandemic levels and the figures were high overall. For instance, 88 percent said they had expanded by hiring one or more non-classroom positions, such as school counselors and social workers. Thirty-seven percent said they expanded the number of teachers; 46 percent said the same about paraprofessionals or aides. Tutors, school nurses, and substitutes again rounded out the type of staff positions expanded. Worryingly, leaders say that most of these new hires were bought on as district-employed staff (meaning put on payroll) rather than on a contract basis. Only in the category of heating, ventilation, and air conditioning (HVAC) did contractors account for more than half of the additional personnel.

The survey did not ask whether federal Covid-relief funding was being used to support these increases in district salary and benefits expenditures, but that’s the (understandable) assumption. Clearly, school districts and charter CMOs are unaccustomed to being given millions of extra dollars with minimal guardrails for use of the windfall—and then told to spend it quickly. So some of this was inevitable. And while it’s better for schools to have spent this one-time funding on direct student-service categories (as opposed to weight rooms, stage curtains, synthetic turf football fields, etc.), or on retention bonuses for outstanding teachers (see, for example, Dan Goldhaber’s recent commentary for Fordham), expanded staff rosters are far harder to downsize later than are term-limited contracts. As a result, districts and charter networks are likely to face a fiscal cliff after the federal Covid-19 aid expires and budgets return to “normal.” What’s more, we know that school leaders often handle difficult decisions to cut funding with the same ill-advised approach they use to expand it.