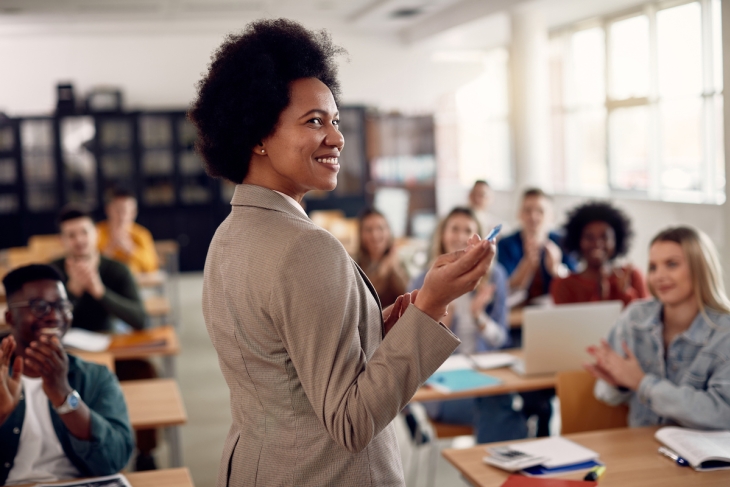 The money is pouring in, but so are the education challenges. The Covid-19 pandemic has dramatically affected student achievement, particularly for poorer students and students of color. The impact of the pandemic on student achievement resembles the changes in achievement associated with the students impacted by hurricanes Katrina and Rita in Louisiana. Fortunately, the American Rescue Plan’s Elementary and Secondary School Emergency Relief (ESSER) funds are providing public schools with nearly $200 billion—an unprecedented infusion of federal funds—to help ameliorate the impacts of the pandemic.

How should states and school districts invest this money? There’s no simple answer, but we do know this: Decades of research make it abundantly clear that having a great teacher and a stable teaching staff can make a huge difference for student learning. Hence, it makes sense to deploy some portion of ESSER funds to try to retain high-quality teachers with the help of financial incentives, such as retention bonuses.

These kinds of incentives, even somewhat modest ones, can work—see, for instance, here, here, and here—though it’s essential to emphasize that program design and communication clearly impact how well they work.

You knew there was a “but” coming, right? The “but” is that there are smart and not-so-smart ways to spend ESSER funds to retain teachers, and some states and districts are investing ESSER dollars in what appear to be not-so-smart ways. The fundamental issue is targeting.

Some districts are using ESSER funds to pay what are essentially “thank-you” bonuses to teachers for their service—i.e., payments that are not linked to future retention. This approach recognizes the real hardships and pressures that teachers have faced during the pandemic. Yes, they might also impact retention, but most economists would suggest that people are forward looking, which means that the effects of an incentive for future retention would have a bigger impact on that retention than a bonus paid out for past retention. Put another way, the bonuses ought to target future, rather than past, behavior.

Many states and districts are using ESSER funds to raise salaries across the board or pay retention bonuses to all teachers. But spreading funding a mile wide and an inch deep isn’t strategic or smart. That’s because the problems that districts face when it comes to teacher shortages and attrition aren’t uniform.

When it comes to hiring and retention, for example, not all subject areas are created equal. Nationwide, districts have long struggled to hire and retain teachers in some subjects (e.g., STEM and special-education teachers) more than in others (e.g., elementary school teachers). New evidence suggests that these patterns persisted through the pandemic, with vacancies in special-education, STEM, and English-language-learner positions far out pacing vacancies in regular elementary education.

Hiring and attrition patterns also look different from school to school. In general, teacher attrition is higher in schools that serve students from low-income households and students of color than in more advantaged schools. And even though overall teacher attrition seems to have increased during the pandemic, the extent of that increase is less than the long-standing gaps between the teacher-attrition rates at high- and low-poverty schools.

And let’s think about a teacher’s career. It is well-known that teacher turnover at the beginning of a teaching career (the first three to five years) is far greater than it is midcareer. Early-career turnover often exceeds 10 percent per year, but it drops well below 5 percent in the middle of a teacher’s career (see Figure 1 from a 2007 article by Douglas Harris and Scott Adams), when pension incentives play a powerful role in encouraging teachers to remain in the profession. Doesn’t it make sense to target attrition at points in a teacher’s career where there is the greatest likelihood of unwanted turnover?

Let’s take a back-of-the-envelope look at the implications of targeting. Chicago Public Schools, with about 22,000 teachers, included about $1 billion in ESSER funds in its FY2022 budget. If Chicago decided to spend 5 percent of those funds on across-the-board, one-time bonuses, this would come to $50 million and work out to $2,300 per teacher. No doubt, this would make some difference. But it would also pay out bonuses to a lot of teachers who are unlikely to leave. Imagine, instead, that the district employed a more targeted approach—say, they provided half the amount, $25 million, in bonuses just to special-education teachers, a field where staffing challenges are particularly acute. Because only about 10 percent of teachers are special-education teachers, this strategy would allow Chicago to offer over $10,000 to each of them. That’s an eye-opening figure that also would send a strong signal to prospective special-education teachers that there’s a real need in this area.

Note that I focused on bonuses rather than permanent salary increases. The reason is that the permanent kind bring with them the additional problem of a funding cliff once federal ESSER resources run dry. Raising salaries may be a desirable use of available funds, but districts will need to figure out how to pay for them over the longer term.

Finally, though I’m aware that this may be a lost cause, it would be good to think about teacher quality in considering retention incentives. Teacher attrition has different implications for students depending on the performance of the teachers who stay and those who leave. Teacher turnover is generally bad for students. But if an ineffective teacher leaves and is replaced by a more effective one, the results can lead to improvements in student achievement.

How widespread are untargeted retention incentive practices? There is no clear answer at this point, given lags in reporting about ESSER spending. But there are enough anecdotes out there to know that such incentives could be far more nuanced and far more effective. Efforts that are not targeted to the areas of acute need in the labor market are likely to be far less effective at addressing real (and longstanding) problems in the teacher labor market.

So spend wisely. Think carefully before spending. And spend in ways that will make the greatest difference for the kids in greatest need of experienced and effective teachers.