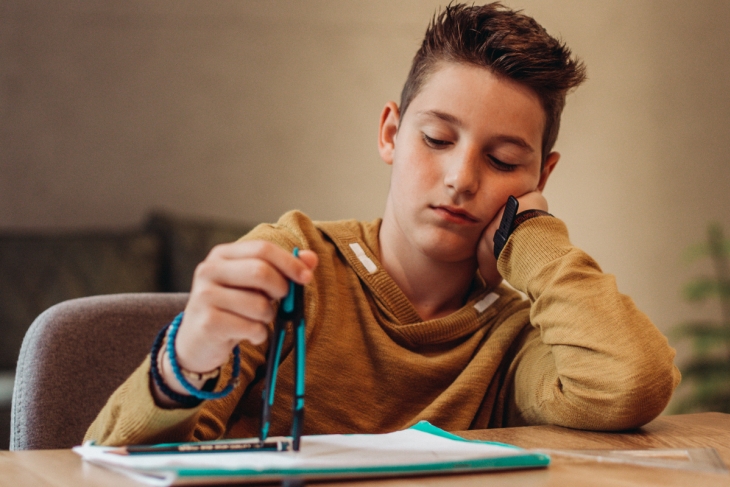 While it’s no secret that pandemic-induced remote learning was a disaster for almost all students in 2020 and 2021, we must remind ourselves that in-person education models weren't so great for a lot of kids even before the plague struck. It’s also clear that some students fared better than others while learning from home. What we are still trying to understand is why some students seem to have weathered the transition to remote instruction better than others. A new report digs into Tennessee data from the early days of the pandemic to document what the experience was like for schools and students and to add detail to the larger picture.

Prior to the pandemic, 91 percent of Tennesseans had broadband availability (i.e., at least one provider offering fixed high-speed broadband services in their census tract) and 78 percent of households had at least one computer with a high-speed broadband subscription. While the predictable gaps were found between urban and rural and richer and poorer families, the overwhelming prevalence of internet access in the state is certainly eye-opening.

While this makes sense if schools were sure that their lower-income families did not have broadband access or a compatible device, the FCC and ACS data throws some doubt on that possibility. Instead of the true broadband and device access information driving decisions in any given area, the researchers show that the percentage of poor students in a district was more likely to determine remote learning type provided. A 10 point increase in the percentage of economically-disadvantaged students in a rural district was associated with a 16 percent decrease in the likelihood that teachers provided electronic resources and an 18 percent decrease in the likelihood that teachers reported regularly holding virtual classes or tutoring sessions. Those decreases were 13 percent and 23 percent in city or suburban district—again, regardless of actual broadband access and subscription in any given area. Districts appeared to have made assumptions as to who did and didn’t have the ability to access virtual offerings and decided their plans based on those assumptions.

It seems simple to blame lack of virtual learning opportunities on a dearth of broadband access, especially for poor students, but this report seems to indicate more may have been at play in those early, chaotic days of the pandemic. The data and findings in this report, however, only go so far. The researchers note caveats related to building-level differences (synchronous versus asynchronous classes, third-party teaching versus district-based teaching, etc.), family-level differences (such as multi-child households required to share a single device), and non-generalizability of findings beyond Tennessee. It is also unfortunate that the researchers were only able to include traditional school districts in the analysis. Charter and private schools may have been more nimble in connecting and continuing to serve their students using creative methods that cut against the findings here.

The messy snapshot we see from March to May 2020 in Tennessee goes a long way to explaining the learning losses that researchers have tallied since that time. It also suggests that negative academic outcomes should not be laid entirely upon “remote learning” as a singular entity. Rather, the version of remote learning students were provided and their ability to engage with it productively and consistently intertwined to produce these results. Getting the larger picture will be important to tell the full story of what happened at the start of the pandemic, even if we are already reaping what was sown then.