A roaring decade for school choice 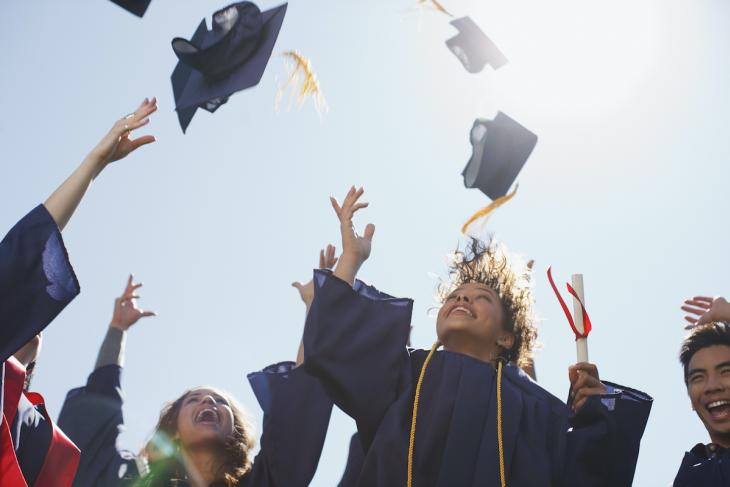 As 2019 comes to an end, so does a significant decade for education reform. For all the Sturm und Drang over the lack of improvement, the education policy landscape is no longer the same. Granted, the first half of the 2010s looked decidedly different than the latter half, but states have largely stuck with higher standards, and the honesty gap in the reporting of student performance continues to close. It’s all easy to lose sight of in light of today’s fraught national politics and intramural food fights, which tend to shed more heat than light on what’s transpired in America’s fifty laboratories of innovation.

Consider one of my favorite labs, situated at the nation’s crossroads: Indiana. I’ve spilled gallons of ink on my former home, so it’s only fitting that my take on the decade is through the lens of the Hoosier State. In 2010, I was an official at the Indiana Department of Education during the state’s halcyon days under the leadership of Governor Mitch Daniels and State Superintendent Tony Bennett. In a short period (i.e., the first third of the decade), we successfully pushed through a dizzying phalanx of education reforms enabled by a unique alignment of political stars. Key among these were improvements to third-grade reading, teacher quality, collective bargaining, school choice, and accountability.

After our efforts were halted by politics, progress on some of these reforms stalled. But there’s one policy area where the results have been an unqualified success: school choice—especially within Indiana’s traditional public schools (i.e., interdistrict transfers). While the state’s private school voucher program—which we helped establish in 2011—garners the bulk of local and national headlines, the majority of Indiana’s students switch schools using a different system: open enrollment. In fact, the number of Hoosier families exercising the power of school choice is far more than what public policy debates in Indiana would suggest. Nearly 60,000 students (see the figure below from my recent paper), or about 6 percent of students enrolled in public schools, “choice” into a traditional public school other than the one assigned to them based on their address—a population larger than total charter school or voucher enrollment in the state. 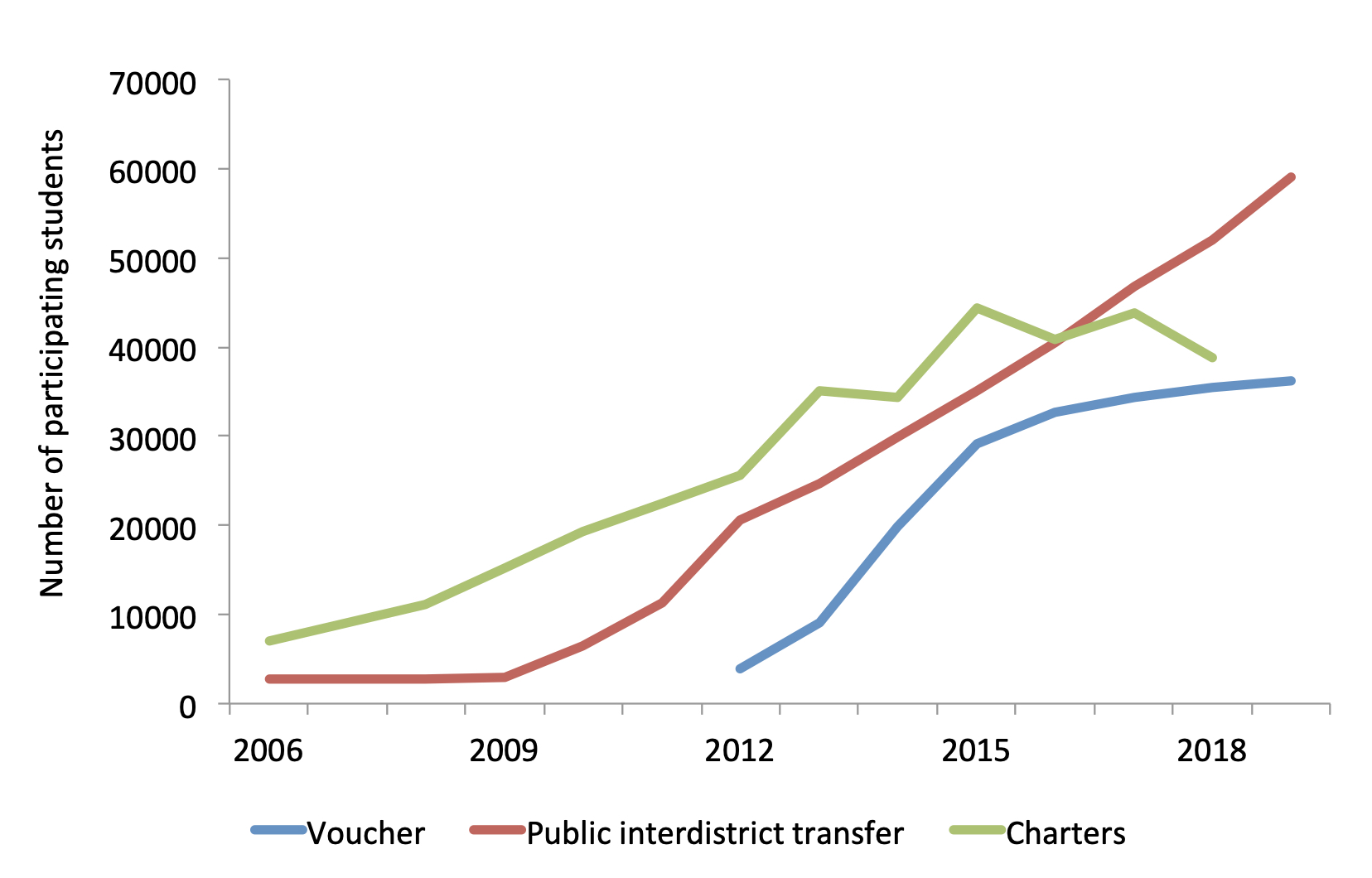 What this means is that in spite of the turnover at the top (i.e., three governors and three state chiefs in ten years) and ongoing political turmoil, more Indiana parents are taking the education of their children into their own hands and are none the worse for wear. At the beginning of the decade, about 25,000 students statewide were able to exercise some form of choice; as we close out 2019, that number is closer to 135,000 students—a whopping increase of over 400 percent! By any responsible measure, this is a victory for education consumers and for educational freedom. More importantly, school choice in Indiana is permanent now that families have it. You cannot unring that bell.

Nationally, the choice die has been similarly cast. In 2010, less than two million students were enrolled in charter schools nationwide; today that number is over three million. Likewise, there were about one million students participating in private school choice programs (i.e., education savings accounts, school vouchers, tax-credit scholarships, and individual tax credits and deductions) at the decade’s onset; in 2019, that number is closer to 1.4 million. Both sectors have experienced impressive growth in opportunity.

This is not to say that any of us could have correctly guessed today’s circumstances back in 2010. To be honest, my money would have been on charter schools outpacing the field after we lifted the state’s cap on them. I would have also predicted Mitch Daniels sitting in the Oval Office, with Tony taking his talents to the national stage. None of this panned out, but Mitch was still elected president and we still ended up with an education secretary who has no qualms about taking on the establishment heads on. History unfolds in unpredictable ways.

Turning the page on this chapter, more changes are in store. Beginning in 2021, Indiana’s governor will appoint the state schools chief for the very first time. This brings the possibility of alignment between the two offices after years of being at loggerheads. Only time will tell whether the disorienting effects can be put in the rearview mirror, but the expansion of parental options seems destined to continue. While the pace of growth does show some signs of abating for charters and vouchers, no such trend line can be observed for the state’s open enrollment policy. Yes, student performance has plateaued, and in this sense Indiana is no longer a “reform idol.” But when it comes to providing parents with a panoply of schooling options, Hoosiers continue to be worth emulating.