What other states can learn from Indiana’s funding, choice, and accountability reforms 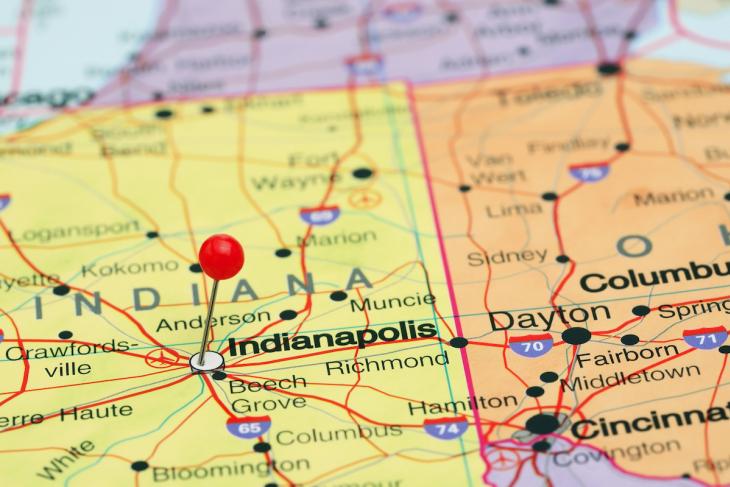 Several candidates in the 2020 Democratic presidential primary have criticized the inequities created by school funding formulas because of their heavy reliance on local property taxes. The scope of these inequities is often debated and routinely litigated, but reforming state funding systems has proven easier said than done. However, while reform is difficult, it is by no means impossible. A little over a decade ago (2008), Indiana began enacting a suite of reforms that resulted in a turn away from property-based school funding, and the establishment of robust choice and accountability mechanisms—not to mention higher NAEP scores.

How did Hoosiers pull it off? To pull back the curtain, Johns Hopkins University’s Institute for Education asked me, as someone who had a front row seat to the reforms’ impact, to examine the historic change to Indiana’s system of state taxpayer funding for public schools, and the changes in school choice and accountability policies that soon followed.

My report, released this week by the Institute, offers a behind-the-scenes look into the conditions under which Indiana was able to forge meaningful, bipartisan revisions to its property tax laws in 2008. Notably, the state’s transition to a full-state funding model for K–12 public schools not only helped to create a more equitable funding system, it also created an environment more conducive to school choice within the public education system.

Ten years ago, Indiana was in the midst of a budgetary crisis. A significant increase in homeowners’ property taxes and the unfairness with how they were implemented across the state conspired to cause a decline in economic prospects. Such rising rates inspired protests at the state capital and calls to abolish property taxes altogether. Indiana homeowners were angry—and their anger created a political crisis for Indiana policymakers.

The property tax reforms Indiana undertook in response did not aim to redesign school funding, but they resulted in a decoupling of property wealth from the amount of funds local public school districts have to spend. The main feature of the law was a cap on homeowner property taxes, and the state’s sales tax was raised to offset these revenue reductions. The new law also placed statutory limits on how much districts could ask for when issuing bonds for capital improvements to schools. This was a notable change given the large-scale spending some districts had previously undertaken with regard to facilities. As Governor Mitch Daniels once famously quipped, “Our test results lag behind other states, but the size and cost of our school buildings is second to none.”

My report explores the results of Indiana’s property tax, choice, and accountability reforms for school funding and student achievement, and they are profound. The state’s assumption of full responsibility for school operating costs coupled with a new referendum requirement obliged districts to be more judicious in their spending. Consider as an example the recent saga involving one of the state’s largest, Indianapolis Public Schools, which passed a $272 million tax referenda after originally seeking near $1 billion. In the environment of fiscal responsibility engendered by the 2008 law, the outcry from homeowners and business leaders compelled the district to dial back their ask.

Several other changes coincided with Indiana’s property tax reforms, moving Indiana toward a more pluralist education system. Among these are the following:

An inadvertent increase in the ease in which families could exercise interdistrict choice within the public education system: One could argue that the move toward more state funding—and less reliance on local funding—for public schools was a move toward centralization and away from local control. In Indiana, however, the shift to state funding was counterintuitively a step toward more local control—in the form of parent rather than district choices. District-school choice (both within and between school districts) is significantly larger than it was prior to the reform, at nearly 60,000 participating students in 2019. Currently, nearly 130,000 Indiana students are enrolled in schools of choice—schools that are not their traditional neighborhood public school.

The adoption of an A–F accountability system for both public and private schools: Unlike other states that offer private school choice, Indiana’s A–F accountability system applies to both public and non-public schools—making it the most comprehensive in the nation. All non-public schools participating in the choice scholarship program receive a letter grade, and all students in private schools that participate in the voucher program—including those students who do not receive a voucher—are required by law to take state tests.

Applicability to other states

The sheer number of reforms makes inferences about any one reform impossible. But Indiana’s approach does provide evidence that students and families, as well as school districts, would be better served if states, rather than local governments, shouldered more of the burden for school funding—accompanied by the suite of choice and accountability reforms that were also enacted into law. This is a point worth underscoring: Equity for students and families plus greater accountability on the part of school districts are the “both/and” that can bring all sides together.

Indiana’s three key ingredients—the movement toward more of a state-based funding model, the expansion of public and non-public school choice, and a robust A–F accountability system that holds both private and public education sectors to account—is a rare triumvirate among states today. There are certainly tensions that have arisen from Indiana’s decision to shoulder the responsibility for school funding, but these tradeoffs have made the education system better as a whole, and continue to fuel the state’s pursuit of educational equity, excellence, and opportunity.