Leveled reading: The making of a literacy myth 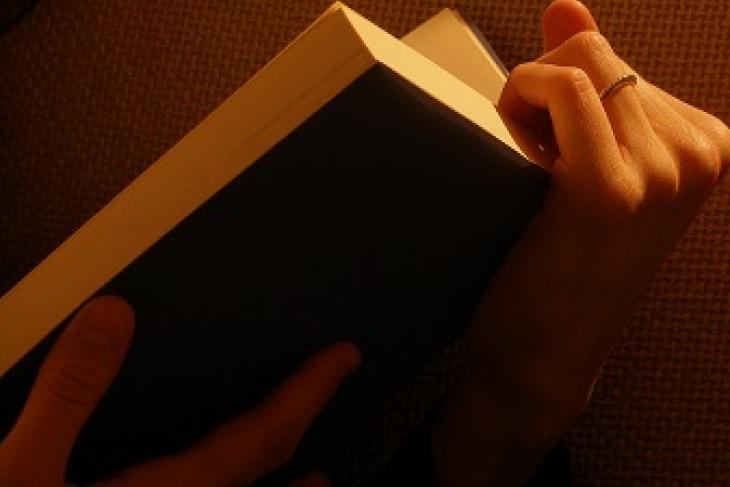 Among opponents of the Common Core, one of the more popular targets of vitriol is the standards’ focus on improving literacy by introducing higher levels of textual complexity into the instructional mix. The move to challenge students with more knotty, grade-level reading material represents a shift away from decades of general adherence to so-called “instructional level theory,” which encourages children to read texts pitched at or slightly above the student’s individual reading level. New York public school principal Carol Burris, an outspoken standards critic and defender of leveled reading, recently published an anti-Common Core missive on the Washington Post’s Answer Sheet blog that was fairly typical of the form. Where, she wondered, “is the research to support: close reading, increased Lexile levels, the use of informational texts, and other questionable practices in the primary grades?”

The blog post, which has already been intelligently critiqued by Ann Whalen at Education Post, expanded on remarks delivered by Burris earlier this month at an Intelligence Squared U.S. debate with Fordham president Michael Petrilli and former assistant secretary of education Carmel Martin. There, too, she demanded evidence of literacy improvements arising from the use of complex texts.

A fair request and one that warrants a thorough response. But first, for the benefit of readers who are neither teachers nor literacy specialists, a quick explainer on how these two theories of reading work: In leveled reading, a teacher listens as her student reads a piece of text at a given reading level. If the child makes two-to-five mistakes per one hundred words, that is considered her “instructional” level. Zero or one mistakes means the book is too easy; six or more mistakes and that level is deemed her “frustration” level. Children are then offered lots of books at their “just right” level on the theory that if they read extensively and independently, language growth and reading proficiency will follow, setting the child on a slow and steady climb through higher reading levels. It sounds logical, and, as we will see, there are definite benefits to getting kids to read a lot independently.

By marked contrast, Common Core asks teachers to think carefully about what children read and choose grade-level texts that use sophisticated language or make significant knowledge demands of the reader (teachers should also be prepared, of course, to offer students support as they grapple with challenging books). Instead of asking, “Can the child read this?” the question might be, “Is this worth reading?”

Leveled reading is intuitive and smartly packaged (who wants kids to read “frustration level” books?), but its evidence base is remarkably thin. There is much stronger research support for teaching reading with complex texts.

What’s the source of the blind faith that Burris and others have in leveled reading instruction? “In the decades before Common Core, an enormous amount of the instruction in American elementary and middle schools has been with leveled text,” says David Liben, a veteran teacher and Senior Content Specialist at Student Achievement Partners. “The generally poor performance of our children on international comparisons speaks volumes about its effectiveness. To become proficient, students need to have the opportunity to read, with necessary support, rich complex text. But they also need to read—especially if they are behind—a huge volume and range of text types just as called for in the standards.” Students could read many of these less complex texts independently. “Instruction with complex text at all times is not what is called for, even by Common Core advocates,” Liben takes care to note.

Burris and others, however, offer a reflexive defense of leveled instruction. At the Intelligence Squared event, she claimed that “We know from years of developmental reading research that kids do best when they read independently with leveled readers.” Such surety is belied by a surprising lack of rigorous evidence. Literacy blogger Timothy Shanahan, a Distinguished Professor Emeritus of urban education at the University of Illinois at Chicago, recently detailed his discovery of the inauspicious origins of instructional level theory as a young scholar.

Made famous in Emmett Betts’s influential, now-little-remembered 1946 textbook Foundations of Reading Instruction, leveled reading theory actually emerged from a more obscure study conducted by one of Betts’s doctoral students. “I tracked down that dissertation and to my dismay it was evident that they had just made up those designations without any empirical evidence,” Shanahan wrote. When the study—which had in effect never been conducted—was “replicated,” it yielded wildly different results. In other words, there was no study, and later research failed to show the benefits of leveling. “Basically we have put way too much confidence in an unproven theory,” Shanahan concluded.

Experts have spent much of the last four decades unraveling elements of Betts’s thesis, as Douglas Fisher and Nancy Frey recently demonstrated in The Reading Teacher, a popular journal. The authors, who work closely with the International Reading Association (IRA), were longtime advocates of leveled reading. Reexamining the published research in light of the new standards, however, they found that the use of leveled text beyond the very first years of primary school yielded no achievement gains in students. The belief that young readers should only be taught from texts that they understood to a level of 95 percent or higher—a stringent notion of comprehension first envisioned by Betts—has been found to be erroneous. Researchers William R. Powell and C.G. Dunkeld, as early as 1971, said that the 95 percent–cutoff was too high; and, more recently, academic Juliet Halladay condemned it as “somewhat arbitrary.”

Even more striking to Fisher and Frey was the abundance of support for the use of more difficult reading material: “Surprisingly, we did find studies suggesting that students learn more when taught with texts that were above their instructional level.” One such prominent study, though unheralded in their review, was that of the Science IDEAS model put forward by researchers Michael Vitale and Nancy Romance. The program, which replaces eight weeks of English Language Arts lessons with a regimen of complex science instruction for a group of third- to fifth-graders, was shown to not only enhance scientific aptitude among the group, but also accelerate reading comprehension through the use of complex science texts.

Another trial, organized by specialists at Brigham Young University, divided a swath of struggling students into three groups of “paired readers,” each furnished with texts of a set difficulty level. Paired reading, a method by which two pupils read aloud together, has proven broadly successful in generating literacy gains among children; indeed, all three groups improved through the use of the paired system. But the greatest advance was made by the group using text that was two years above its instructional level. Burris has dismissed paired reading and the study as “idiosyncratic”; her meaning here is obscure, but she might have more simply described it as a proven, effective, and inexpensive way of helping children learn to read.

In addition to these studies, Shanahan, in the IRA journal Reading Today Online, lists twenty studies showing the efficacy of instruction with more complex text. Thus we have a significant and growing body of research providing support for this initiative.

To be emphatically clear, none of this is data should be taken to advocate for a total phasing-out of texts students can read independently, many of which would be at lower levels of complexity. “Nowhere in the Common Core standards,” Liben concurs, “or in the work of these experts is it recommended that we abandon this practice. This is why the Core standards call for all students to read ‘widely and deeply.’ Not doing so would make it impossible to grow the vocabulary and knowledge essential to success.”

Russ Walsh, a teacher and curriculum director, making the case for leveled instruction in another Answer Sheet post, finally concedes that the best approach “is to balance our instruction between independent level, on-level, and frustration level texts.” On this we agree. But before Common Core, such balance was far less likely, too often denying our most needy students the opportunity to read, enjoy, and benefit from a full range of rich texts. As Alfred Tatum noted in the Fisher article cited above, “Leveled texts lead to leveled lives.”