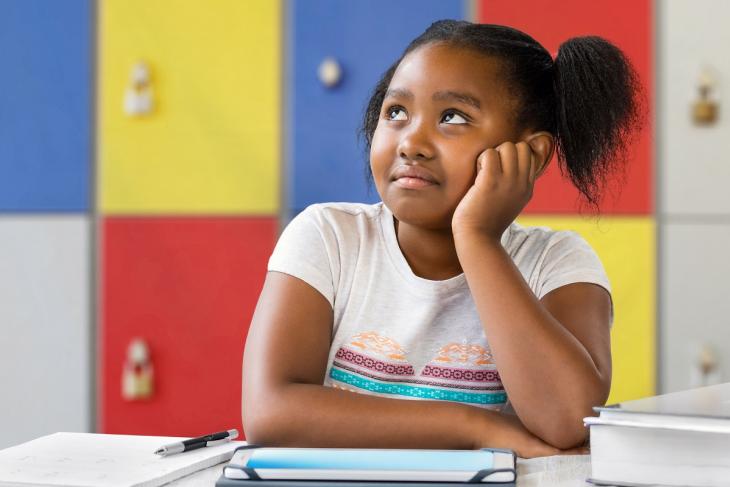 The latest Education Next poll asked respondents whether they support ability grouping, whereby students take classes with peers at similar academic achievement levels, and for middle school the majority’s answer was no. This is likely bad news for high-ability students, who already suffer from a dearth of quality gifted programming and academic acceleration, but it does open the door for what we at Fordham call “personalized pacing”—a pragmatic reform that has the potential to significantly improve the outcomes of advanced students.

Just one subgroup preferred ability grouping for middle schoolers: highly-educated white adults, 51 percent of whom supported the policy. In every other instance, the majority of respondents weren’t in favor. Those most opposed included black and Hispanic adults, among whom 59 percent and 56 percent preferred inclusive classrooms, respectively.

As my colleague Michael Petrilli wrote a decade ago and reaffirmed earlier this year, “the greatest challenge facing America’s schools today isn’t the budget crisis, or standardized testing, or ‘teacher quality.’ It’s the enormous variation in the academic level of students coming into any given classroom.”

Ability grouping is one response to this problem. But if people don’t want it, there are really just two alternatives. One is whole-group instruction, wherein educators basically aim their instruction at the median achievement or ability level in a given classroom. This solution, which is still common, does little for either low or high achievers.

The other option is some form of differentiation. The classic way asks individual teachers instructing a diverse group of kids to somehow reach each one at precisely the appropriate level using only their curricular materials and expertise. A splendid notion, perhaps, but it doesn't work at scale in heterogeneous classrooms, especially when educators are strapped for time, resources, and perhaps the requisite pedagogical skill set. They’re forced to triage, focusing on those in greatest need and paying less attention to everyone else.

But there’s a more modern form of differentiation that enlists instructional technology to enable overworked and overwhelmed teachers to run classrooms in which each student does receive a unique curriculum. Termed “personalized pacing,” it usually uses digital tools to accelerate student learning by tailoring instruction to address their individual needs and accounting for prior achievements. In some ways, it’s actually more akin to grade-level acceleration—a form of ability grouping with a long track record of success—than differentiation. The digital tools facilitate the same enhanced academic benefit, while allowing students to remain in socially advantageous and less controversial same-age classrooms.

It’s not a silver bullet. Its use among kids struggling to meet standards is debated, so more research is needed to determine the best application for those children. And misty-eyed optimism about the latest hardware and greatest software can cause leaders to over-rely on technology and overpromise on its potential, while discounting the risks associated with privacy and profiteering.

For high-ability students and those performing above standards, however, this form of personalization of instruction is a great solution. Teach to One: Math, a middle and high school math program designed by New Classrooms, is a good example. Petrilli summarized it well in another essay:

At the end of each day, students take a brief assessment to gauge how well they have mastered the math they’re working on. Overnight, an algorithm designed by New Classrooms figures out the exact skill each student is ready to learn next, as well as the “modality” that would be the best fit—like whole group instruction, small group instruction, or online learning. In the morning, kids look up at “airport monitors” to find out what and where they will be learning that day, and off they go. Most of the instruction is done with a teacher, in large or small groups, but those groups are constantly changing, bringing students together who are all ready to learn the same skill.

Innovations such as this can do wonderful things. A smart black sixth-grader languishing in a class that does nothing to maximize his potential can be challenged for the very first time, just as a low-income eighth-grader attending a small rural school can finally access the math content she’s long wanted and deserved.

Deploying technology in this way also enjoys wide public acceptance. Education Next’s 2017 poll, the last time it asked about technology in the classroom, found that just 35 percent of the general public opposed students spending more time with digital devices. So personalized pacing is pragmatic, and there’s a window of opportunity for school systems to adopt and deploy it, albeit with wisdom about the needs of both students and teachers. Done right, it holds immense potential to enhance student learning and do what schools have always struggled to do—fairly focus instruction on each individual student.