How to pump the Acceleration Imperative up to full speed 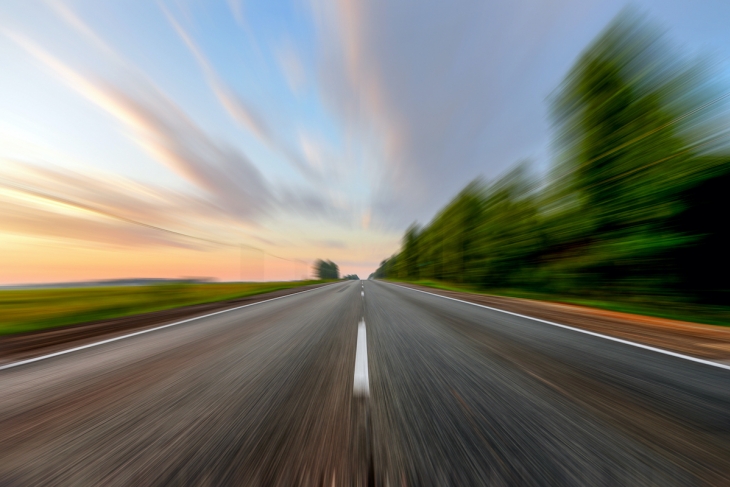 Think of Michael Petrilli’s bold ideas and the Acceleration Imperative as newly designed Ford(ham) vehicles for K–12 recovery from the pandemic. Happily, there is much to admire in the showroom.

Fordham has two models in mind. The first is fairly conservative. It features improved instructional materials, professional learning, and accountability, while adding high-dosage tutoring and mental health services. The second is an experimental “move at your own pace” model, featuring personalized learning and up to an extra year of schooling, such as a 2.5 grade, for most students. “[W]e need to be willing to rethink our traditional ways of doing school,” he writes, and there’s no question he’s most excited about the experimental model.

Integral to both is the need for innovation and evolution based on research and development. And that is all to the good. It’s hard to fault the open and well-rounded approach that is embodied in the crowd-sourced Acceleration Imperative platform. Practitioners as well as policymakers are encouraged to drive the process with their own views.

And yet, despite all these praiseworthy attributes, Petrilli’s ideas and the Acceleration Imperative are unlikely to ever get up to full speed for two big reasons. One is the lack of money to pay for many of the ideas. The other is lack of enough attention to management support for frontline teachers and administrators.

Money is, of course, a familiar and contentious subject. But few would dispute that some of the proposals put forth by Fordham—for example, extended school time, an extra year of schooling, high-dosage tutoring, and mental health services—are pricey. Yet the price tags are almost never factored in or even mentioned.

Yes, all the federal bucks flowing from pandemic relief bills seem to be creating a new education zeitgeist that is lifting educators from the depth of pandemic despair to the heights of reimagined, better—and more expensive—futures forever. But let the buyer beware. The money won’t be around longer than a few years. Plus there is the danger that much of it will be wasted because of pressures to spend rapidly, and to spread the money too thinly in response to the political clout of competing interests.

In any event, long-term implementation of reforms like those on Petrilli’s list and in the Acceleration Imperative will cost a lot more money than school systems will have after the federal funding bonanza runs out.

Further, management support for administrators and teachers has not gotten the attention it deserves—although it is, arguably, more important and riskier. For decades, education reforms, particularly instructional policies and programs, have petered out because of inept implementation. In part, that’s because of the well-recognized fact that education R & D is a near wasteland in comparison to medicine, industry, science, and technology. It’s also because of policy and practice churn caused by education politics. And most basic, educators are not generally good managers. They lack professional training and suffer from a professional culture that devalues managerial skills and accountability principles.

These management weaknesses call into question some of the benefits of that hardy perennial for reformers—innovation. Thinking outside of the box or letting a thousand flowers bloom are worthy principles, particularly for ossified education bureaucracies. Yet, as the late Robert Slavin, an expert on evidence-based best practices, said: “The problem of education reform is not a lack of good ideas, but a lack of good ideas sensibly implemented.”

So how do we balance being open-minded and experimental against making sure what we’re already supposed to be doing is being done effectively? For instance, would grade 2.5 be needed if early interventions were well funded and implemented efficiently—especially high-dosage tutoring within a Response to Intervention (RTI) framework. The weight of evidence says it wouldn’t.

To get to the right balance, state departments of education have an underappreciated role to play in high-quality implementation of current and future policies and practices. Contrary to conventional understandings, SEAs have legal control and responsibility under state laws and federal laws (such as ESSA, IDEA, and Title I) to ensure that funds are well spent. To this end, their critical role includes basic tasks that should influence what goes on in the classroom. They should presumptively require (subject to waivers for compelling reasons) evidence-based best instructional practices. At the same time, while empowering local educators, they must provide detailed technical assistance, including professional development and practice manuals. Then they must vigorously monitor for fidelity of implementation, collect data on outcomes, and guide continuous improvement.

An exemplar is John White’s past work in Louisiana. As state superintendent, he “quietly engineered a system of curriculum-driven reforms...with incentives for districts and schools statewide to adopt and implement [them].” However, few if any state departments have done the same. Robert Pondiscio recently noted the “open question...whether literacy laws—from mandating phonics to third grade retention policies—can have a beneficial effect on classroom practice.” We can’t answer that until such laws, far flung across the states, are adequately funded and well managed.

One illustration: The Council of Chief State School Officers, in a detailed report, Third Grade Reading Laws: Implementation and Impact, emphasizes “Passing a law is only the beginning.” I know from my current research on such laws that it is virtually impossible to get data on implementation or outcomes from the many states and national organizations I have contacted.

That doesn’t mean that federal or state dictates should emasculate local control, and it couldn’t happen even if desired, given the political potency of local control. But surely evidence-based best practices, as ESSA and many state laws already require, should be outside the realm of local autonomy.

While expressing these concerns about Petrilli’s proposals and the Acceleration Imperative, I root for what they’re driving at. I hope I have not undersold the value of their ideas and commitment to sustainable implementation. Still, without incorporating more money and much better management, the reform designs, I fear, will fall far short of their potential.