Equity and unintended consequences in the Washington suburbs 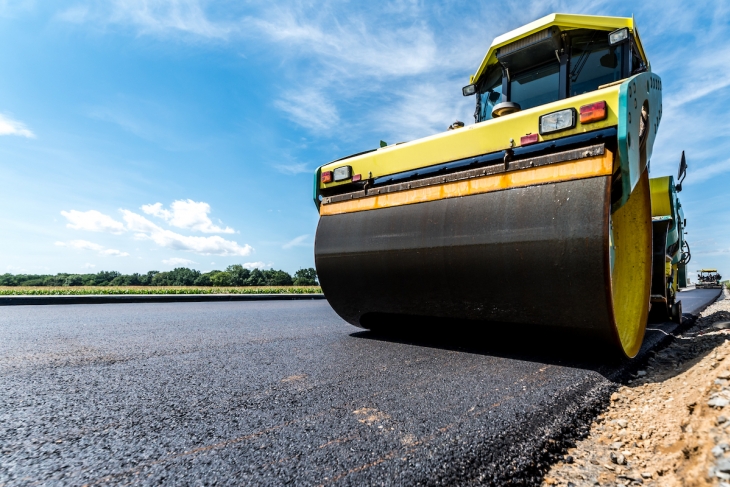 Not far from my backyard, two big public-school systems are on the verge of letting their attentiveness to equity and racial justice lead to consequences they may end up regretting. And that saddens me, both as their neighbor and as one who cherishes both pluribus and unum, both excellence and equity.

I joke that my visa for northern Virginia may have expired during Covid-19-induced travel constraints, yet Fairfax County is right across the Potomac, and Loudoun County isn’t much farther. The (normal) enrollment in their schools totals about 270,000 pupils, some 22 percent of all students across the Old Dominion. They’re big districts, and what they do gets noticed.

For thirty-five years, Fairfax County Public Schools (FCPS) has operated the Thomas Jefferson High School for Science and Technology, one of the best known and most esteemed of America’s “exam schools,” probably the highest-scoring public school in the D.C. area and, in many years—according to U.S. News—the country’s best high school. (As one of Virginia’s nineteen “Governor’s Schools”, TJ—as it’s known—serves several other local districts, including Loudoun County, but four-fifths of its pupils typically reside in Fairfax.)

Admission to TJ is highly competitive—in most years, receiving about 3,300 applicants for 480 ninth grade openings—and has long relied primarily on test scores and grades to establish eligibility for consideration in a “holistic” process that resembles admission to an elite college. As with other such schools, famously including New York’s Stuyvesant and Bronx Science, this has resulted in a pupil population that doesn’t look much like the demographics of the districts that it serves. Simply put, the incoming class ends up with (proportionately) far too many Asian and White kids and not nearly enough “students of color.” Not many from low-income families, either.

Over the decades, this situation has prompted many criticisms and sparked numerous efforts to revamp admissions so as to yield a result more in line with the county’s demographics.

FCPS itself has documented six such attempts. As recounted by the Washington Post’s ace education columnist, Jay Mathews, these consisted of “a new outreach specialist position in 2011, a holistic review (that means looking at the whole kid) in 2013, lower minimum semifinalist requirements in 2014, a new problem-solving essay in 2015, cutting back the outreach specialist to a half-time position in 2016 and new admission tests in 2017.” And yet—Mathews quotes an FCPS self-study—“These changes have not made a significant impact on the application pool or admitted student demographics.”

So today the school board is weighing yet another move to diversify TJ’s entering class, by far the boldest yet. As Mathews wrote on Monday: “They want to raise the minimum core academic class grade-point average for admittance to Jefferson from 3.0 to 3.5. Then they want to choose the lucky winners in Fairfax County and four other participating districts based not on entrance test results, teacher recommendations and other quality measures—as they did before—but on random lotteries.”

In other words, they’ll raise the GPA threshold for getting into the pool of serious candidates, but then they’ll use a lottery to determine who from that pool actually gets in.

The district estimated that, had such an approach been used for this year’s entering class, 15 percent of the ninth grade would be Black or Hispanic and 10 percent would be low income, which for TJ would indeed be a large change. Mathews approves of the new plan. But of course there’s both political pushback and—for me—significant substantive concerns about how it will work.

Subsequent to Mathews’s writing, and in response to the predictable outcry over the new plan, the FCPS superintendent made a slight revision, such that the version being considered by the board will use familiar “holistic” admissions process for a hundred of each year’s new entrants to TJ and apply the new lottery method to “just” four hundred.

That makes middle school GPAs the key determinant for getting into the area’s top performing high school, and as everyone knows, GPAs are endlessly manipulable by middle school teachers and their superiors. It stands to reason that more than a few of them will be pressured (by students, parents, principals, school board members, activist groups, etc.)—to inflate a lot of grades to get a lot more kids into the eligibility pool. And what about all the kids who end up in that pool but don’t have any real spark or drive? TJ’s “holistic” approach, which looks at essays, interviews, recommendations, and such, seems far likelier to yield the kind of pupil population that is seriously motivated—over-achievers, OK—to make the most of the extraordinary instructional and curricular opportunities that this fine school offers. If four hundred kids start being admitted by lottery, even if they’ve all done well in middle school, how many of them will truly want to be there, and how many will have the personal qualities that lead them to prosper academically in high school and beyond?

Just as important, who has those qualities but won’t have this opportunity, just because their names didn’t get picked out of the hat?

I can’t fault the goal. What I can fault is FCPS’s inclination—much like New York City’s current leadership—to fiddle with the rationing system rather than either increasing the supply of TJ-style schools to meet the demand or doing something serious about the elementary and middle schools so that a more diverse population of kids is truly prepared to run on this fast track.

Up the road in prosperous Loudoun County, something far more worrying is about to get underway. On Monday, the school board will consider a draft plan to revise its rules for “professional conduct” by school staff, a plan that will punish employees—teachers included—who make “Any comments that are not in alignment with the school division's commitment to action-oriented equity practices.”

This is part of a larger plan “to combat systemic racism” throughout the system, which plan also includes potentially illegal preferences for Black and Hispanic students in the discipline realm, as well as a consultant-developed curriculum that focuses on “critical race theory.” The district’s far-reaching equity initiatives get truly Orwellian when we look closely at the draft “professional conduct” rules. Consider (with my emphasis added):

Unacceptable behavior includes but is not limited to...[d]isrespectful, discourteous, uncivil, disparaging, or demeaning words, gestures or actions.... Employees are expected to support the school division’s commitment to action-oriented equity practices through the performance of their job duties, as the Division engages in the disruption and dismantling of white supremacy, systemic racism, and language and actions motivated by race, religion, country of origin, gender identity, sexual orientation, and/or ability. Behavior that will not be tolerated includes but is not limited to...[h]arassing or discriminatory comments or conduct including speech or other telephone, electronic, or social media communication that...can reasonably be interpreted as discriminatory, racially or ethnically derogatory, defamatory, or as undermining the views, positions, goals, policies or public statements of the Loudoun County School Board or its Superintendent.... Any comments or actions that are not in alignment with the school division’s commitment to action-oriented equity practices.... This includes on-campus and off-campus speech, social media posts, and any other telephonic or electronic communication.

These rules will apply to all district employees 24/7, whether at work or at home or at the mall, whether in public and private, whether talking on the phone to one’s mother, writing a letter to the editor, campaigning for office (even within the union), or explaining to the HR office of another district why they might be seeking new employment. As I read it, the rules say they cannot utter or write anything that disagrees in any way with the superintendent of schools! Not just in the classroom, but also on vacation, in church, in the gym, wherever.

It’s well known that public school teachers don’t enjoy the First Amendment’s free speech protection when fulfilling their classroom duties. In 2006, the Supreme Court rejected “the notion that the First Amendment shields from discipline the expressions employees make pursuant to their professional duties. Our precedents do not support the existence of a constitutional cause of action behind every statement a public employee makes in the course of doing his or her job.”

But is there no limit to “doing one’s job”? If the Loudoun County school board adopts the proposed code of employee conduct, we can reasonably expect those limits to be explored in court. Unless, that is, every single teacher, custodian, bus driver, school secretary, and cafeteria worker is so intimidated that they don’t dare raise the issue. In which case 1984 will have reached Virginia about thirty-six years too late.

As at Thomas Jefferson High School, one is hard put to argue with the ends being pursued. But here, once again, the means being selected may do at least as much harm as good.