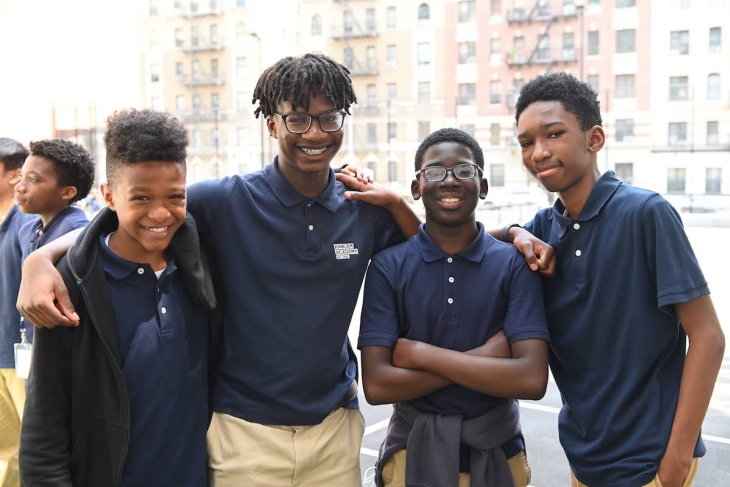 Editor’s note: This essay was part of an edition of “Advance,” a newsletter from the Thomas B. Fordham Institute that is published every other week. Its purpose is to monitor the progress of gifted education in America, including legal and legislative developments, policy and leadership changes, emerging research, grassroots efforts, and more. You can subscribe on the Fordham Institute website and the newsletter’s Substack.

The idea for Harlem Academy was borne from an educational needs assessment I worked on as a graduate student in 2001. Parents and community leaders were frustrated by the lack of educational opportunities for promising, low-income children in Harlem and its surrounding communities. So in 2004, we opened an independent school to fill that gap.

Unfortunately, in the decades since that initial research project, the need has not dimmed, and Black and Latino students remain severely underrepresented within the city’s coveted Gifted and Talented (G&T)program.

Meanwhile, at Harlem Academy, we’ve seen first-hand the impact of a rigorous academic program on a child’s trajectory. Our students enter with median baseline scores in the 74th percentile, a level that would generally miss the mark for gifted admissions. By eighth grade, their median scores reach the 90th percentile, achievement that opens a door to top secondary schools and ultimately to college. Among the students in our four most recent classes, 98 percent went on to four-year colleges, including Carnegie Mellon, Howard, NYU, Princeton, Tufts, Wesleyan, and Yale.

Knowing the life-changing impact of these opportunities, I was enthusiastic when Mayor Adams announced the expansion of the G&T program in New York City. This was a direct reversal of his predecessor’s flawed plan to end the program because of its persistent inequities. Adams recognized that eliminating the program would not solve the problem of segregation in New York City; higher-income families would simply find other options, while yet another door would close for everyone else.

The mayor’s big-picture goal of expanded access to G&T and his specific strategies for achieving it are a step in the right direction: more seats in kindergarten, a new third grade entry point in every district, and a shift away from sole reliance on an IQ test for admission. Now, kindergartners are nominated by their preschool teachers or interviewed by the city’s Department of Education staff, and the top 10 percent of second graders based on their performance in core subjects from each school is invited to apply to the third-grade G&T program.

As the administration continues to develop its policy, here are a few points I hope the mayor considers:

Mayor Adams knows that the need for more opportunities for promising, low-income children in NYC is as urgent as ever, and he’s made some important changes. I hope he continues his efforts to ensure that every child has access to an education that challenges and supports them to realize their fullest potential.

Vincent Dotoli is the founder of and head of school at Harlem Academy, a K–8 independent school dedicated to driving equity of opportunity for promising students.