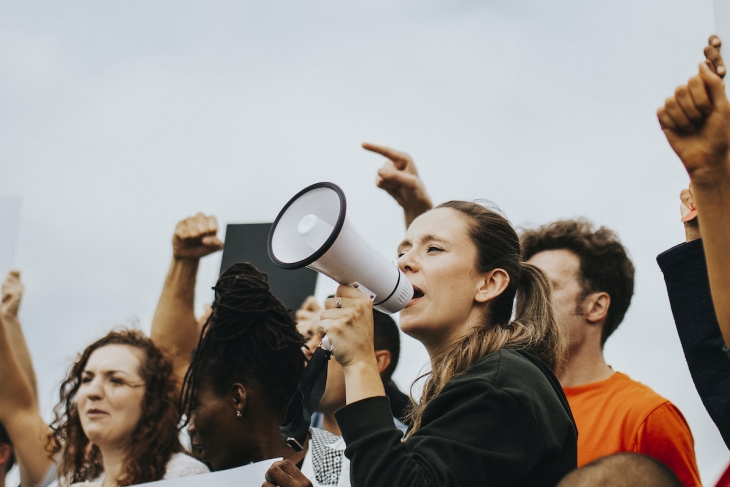 Angry citizens, enraged over everything from mask mandates to “critical race theory,” have been storming school board meetings, threatening members, and driving some to quit, reports a recent AP article. “It’s my constitutional right to be as mean as I want to you guys,” one rabble-rouser declared. After a series of violent incidents, the National School Boards Association is petitioning the federal government for help protecting local meetings. Meanwhile, NBC reports that supporters of the QAnon conspiracy theory are making a push to take over school boards peacefully, via low-turnout local elections.

Sane people know perfectly well that overwhelming school boards with threats of violence and conspiratorial nonsense isn’t going to make anything better. But the underlying public anxieties about what is being done in our schools aren’t happening in a vacuum. In some places, fretful citizens may be prompted by legitimate concerns that school policy and practices are moving in a dangerous direction, such as reports that teachers have been asking students apologize for their race. In other cases, the uproar is clearly ill-conceived, a product of the online misinformation, social media echo chambers, and negative partisanship that have supercharged the incivility of even the reasonable objections while cultivating all kinds of zany new ideas and fears.

Worse yet, experts, whose job it is to help the public combat misinformation by offering reasoned and informed perspectives, are too often exacerbating the problem themselves.

The “original sin” of the pandemic era’s experts was, of course, the “benevolent” misinformation that masking wouldn’t help people avoid contracting Covid-19. No doubt Dr. Fauci and the U.S. surgeon general believed the public would be better off if the “personal protective equipment” were reserved for health professionals, but we’ve been inundated with conspiracies and misinformation about masks and Covid-19 ever since. Fogged by data, statistical models, and ideas about nudging the public towards better behavior, experts sometimes fail to reckon with common sense or the fact that the people who need their guidance have access to many other sources of information and advice. During the summer, scientists were quoted admitting that their colleagues wouldn’t discuss the theory that the Covid-19 virus leaked from a Chinese lab because they didn’t want to be seen to agree with former President Trump. Those with common sense were always at least open-minded to the lab-leak hypothesis, but now it’s not crazy for us to wonder: If Trump had won reelection, would the scientists still be keeping quiet?

The folks shouting down their local school boards are aware of this stuff, and their distrust of leaders and experts informs their reaction to education policy issues like the teaching of “critical race theory” and “social and emotional learning.” After all, does any field have a richer history of “benevolent lies” or a more well-worn revolving door for euphemistic BS than education? From the fears of a “deficit lens” to unease with terms as anodyne as “learning loss,” the education world has long been rife with denial and worse.

As a case in point, a recent article in Education Week declared in a large-font subtitle that the reason Black students, on average, receive more suspensions than other student groups is “not because they misbehave more.” This claim, at least to those with common sense, is obviously false. Given the differences in poverty rates and rates of children being raised by single parents—not to mention prejudice faced by Black students—how could there not also be differences, on average, in how they behave?

(Those who need statistical proof might consider that Black students are more than twice as likely to report having recently gotten in a fight at school as their White classmates, according to federal surveys. Every survey of administrators and teachers I’ve ever seen points in this direction, as well.)

Whether education experts actually believe this stuff is anyone’s guess. Presumably ideology--and education elites skew left—is part of the story, meaning that people who lean right aren’t crazy to view expert advice with an extra dash of skepticism. But like the early advice on using masks to combat the spread of Covid-19, it’s possible that the experts know the facts about learning loss, student misbehavior, or other issues, but just think the public would be better off not knowing them. The problem with such “noble lies” should be obvious: For there to be any chance that the policies we design will work, we need good information on which to base them. When the people who read education magazines can’t be trusted to have an honest discussion about what the problems of our education system really are, it shouldn’t be a surprise when the policies they develop backfire.

The other problem with the noble lie should also be obvious: Everyone now has the internet. When regular people can’t trust the experts to give it to them straight, they go elsewhere to look for answers. And what they find doing their own “research”—whether more accurate than what the experts say or not—will inevitably lead some of them to pick up a pitchfork.