Bus commutes and their academic impacts in New York City 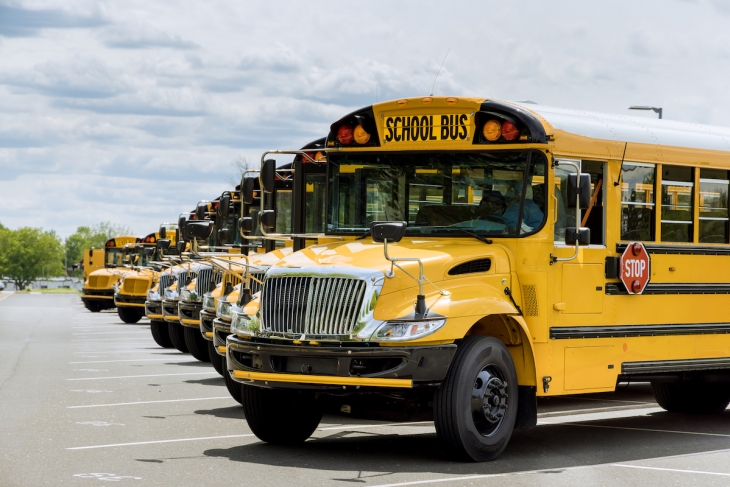 Providing transportation for students to and from school is a basic requirement of most public school districts in America. During the 2018–19 school year, nearly 60 percent of all K–12 students nationwide, public and private, were transported by those ubiquitous yellow buses. In some states—such as Delaware, Mississippi, and Alaska—those numbers were nearer 100 percent. A research team led by Temple University’s Sarah Cordes wanted to both quantify bus commutes for students and to see if there was any connection between transportation, absenteeism, and achievement.

This is a new area of research, and while not representative of other cities, New York City’s transportation data was detailed and easily accessible. So Cordes and her team started there, looking at data from New York City from 2011 to 2017, examining the commuting patterns of more than 120,000 bus riders in grades three through six. They include travel to school in the morning only and exclude bus routes specifically for students with special needs and those that serve multiple schools nonsequentially (i.e., students from School B are picked up before students from School A are dropped off). The final sample comprises more than 90 percent of all morning bus routes and, despite the robust public transit system in the city, includes 89.4 percent of all students in grades three through six attending district and charter schools over the period.

The average bus ride is relatively short—approximately twenty-one minutes from pickup to drop off—with 75.8 percent of students having rides shorter than thirty minutes and more than 90 percent having rides shorter than forty-five minutes. None of these figures includes the non-bus portion of a morning commute—walking to a stop, waiting for the bus, loading/unloading, and waiting for school to start (for those kiddos who arrive early). Including these factors, the average commute balloons to more than fifty minutes.

Interestingly, the average student in NYC lives 2.13 miles from her school and would likely be able to walk or bike there in a far shorter amount of time than commuting by bus, if such options were feasible—which they often are not, due to safety concerns, family commitments, and a lack of easily-traversable routes.

But is a long bus ride problematic for kids? To answer that question, Cordes and her team focus in on a subset of 489 students in 2017 (3.1 percent of the total sample for the year) who experienced a bus ride of more than one hour. More than 95 percent of those long riders were utilizing school choice to attend a building that was not their zoned school. More than 47 pecent were Black, and just less than 11 percent were white.

Initial analysis shows that students with very long bus rides outperform those with short bus rides on math and reading exams by between 0.02 and 0.11 standard deviations. But the analysts suspected that choice students would likely be more motivated than their zoned school peers (accepting the long ride as a tradeoff for a better-fitting school) and/or were attending magnet schools as part of the district’s gifted and talented program. When such positive selection factors are controlled for, test score impacts disappear and slight negative attendance impacts appear. Students with bus rides over one hour long had 0.3 percentage point lower attendance rates and 1.9 percentage point higher chronic absenteeism rates than their peers. These effects are concentrated among choice students rather than the handful of zoned school students who happen to have a very long commute. Thus, the tradeoff to take advantange of choice becomes more negative than is immediately obvious.

In New York City, district-provided school transportation appears to work pretty well for most students who use it, with long bus rides and negative effects being small and concentrated. While New York is not representative of other places in a number of respects, choice students having longer and more difficult commutes than traditional district students is a common situation. If we are interested in shortening all bus commutes to the absolute minimum and in reducing the inequity between choice and district students in this regard, even NYC’s atypical data show that some modern updates to the quaint old district-controlled yellow bus might be in order.