The calculus of student absenteeism 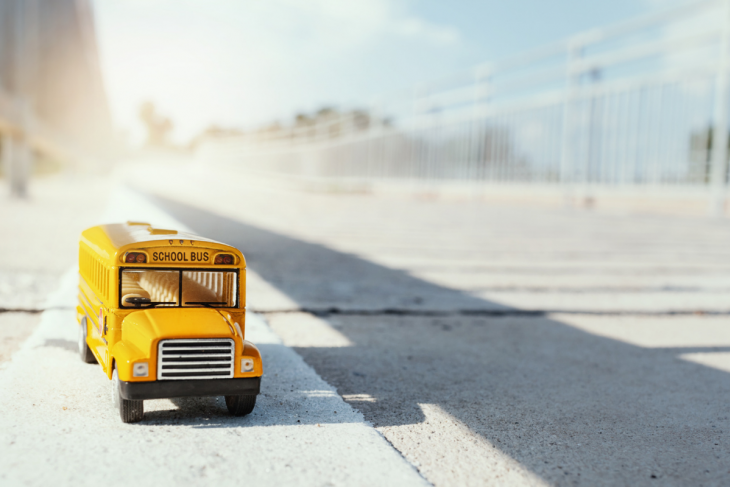 School attendance is compulsory for K–12 students, but getting kids to school every day is often difficult for families. Most parents want their children to attend school. But for those living in poverty, competing needs like jobs, medical appointments, and sibling care sometimes render school a lower priority. This conundrum is on clear display in a new report from researchers at Wayne State University. The university is part of a citywide collaborative effort called the Detroit Education Research Partnership that focuses on K–12 student absenteeism as part of its ongoing work. Their latest report takes a close look at the barriers to attendance faced by students in Detroit—particularly those who are chronically absent.

It’s important to note that even before the coronavirus pandemic, absenteeism was rampant in Detroit Public Schools (DPS). Over half of the district’s students were considered chronically absent in 2019–20, missing more than 10 percent of the school year. The data in this new report come from interviews conducted before Covid-related school closures in early 2020. Researchers interviewed thirty-eight parents or guardians with students in seven DPS elementary-middle and high schools. About one quarter of those parents had children who were not chronically absent that year, and the remainder had children who ranged from moderately (missing 10–20 percent of days) to severely chronically absent (missing more than 20 percent). A second round of interviews consisted of twenty-nine high school students attending five district high schools. About a third of those were children of parents interviewed in the first round and the remainder were new participants. About a third of all the high schoolers interviewed were not chronically absent, and the rest ranged from moderately to severely chronically absent.

Transportation emerged as the most frequent and pervasive barrier to attendance. Previous research found that only 31 percent of K–8 students in DPS had access to traditional yellow bus transportation, eligibility requirements for which leave out most students living too close to their neighborhood schools, who must walk or take personal transportation instead. Also excluded are most students utilizing intradistrict school choice, who are denied transportation once they have opted for a school outside their neighborhood unless they are receiving certain services for special needs. No DPS high school students are eligible for yellow bus transportation, but they are able to ride city buses to school for free using their student IDs. Additionally, six individual schools operate their own supplemental shuttle-type bus services to transport those students denied yellow buses due to their proximity to school.

This patchwork of transportation eligibility and service—idiosyncratic down to the building—seems to have dissuaded families from relying on it even when eligible. Safety, reliability, and weather concerns combined to similarly dissuade families from using city buses or walking. Most parents and students surveyed relied upon personal vehicles. But more than a third of all Detroit families reported not owning a car in 2017, and respondents to the Wayne State survey reported very few backup options among their personal networks. If the family—or community—car broke down or was needed for another purpose, the value of school essentially dropped and an absence would typically result.

Students’ acute and chronic physical health issues, along with mental health and parental health issues, also created barriers to attendance. Surveyed parents expressed a strong understanding of the costs of missing school, but as in many cases of competing priorities, health seems to have won out over school. The researchers posit that post-Covid considerations will add a new wrinkle to this calculus. If classrooms are not considered safe enough, even the smallest roadblock could result in an absence.

The realities expressed by families resist easy solutions, especially school-focused ones. The researchers rightly call for more resources and creativity around student transportation. There are also likely lessons to be found outside of DPS—perhaps in Detroit’s robust charter sector or in Chicago’s “Safe Passages” program—but such efforts won’t fix all problems. A second recommendation to “strengthen neighborhood vitality” is a far heavier lift, as no concrete resources or avenues to success were identified.

Interestingly, the Wayne State researchers recorded but decided to omit a number of school-based reasons for absenteeism that were reported by respondents. They include unengaged students, teacher-student conflict, and conflicts between students. While the researchers argued that the out-of-school barriers were more prominent in their data, such in-school issues should not be overlooked. Motivated families and students will strive to overcome many difficulties to obtain what is valued. But if a long walk or an unsafe bus ride leads to a low-quality classroom experience or a schoolyard fight, staying home is a reasonable decision. Anything that can be done to boost the value of attending school could be enough to change the daily calculus. And let us not forget that the Covid era could be a silver lining for students: Increased access to the internet and one-to-one devices, along with a permanent online education option, could solve many of the absenteeism barriers identified in this report. But that, too, must be of high quality before families will value it.