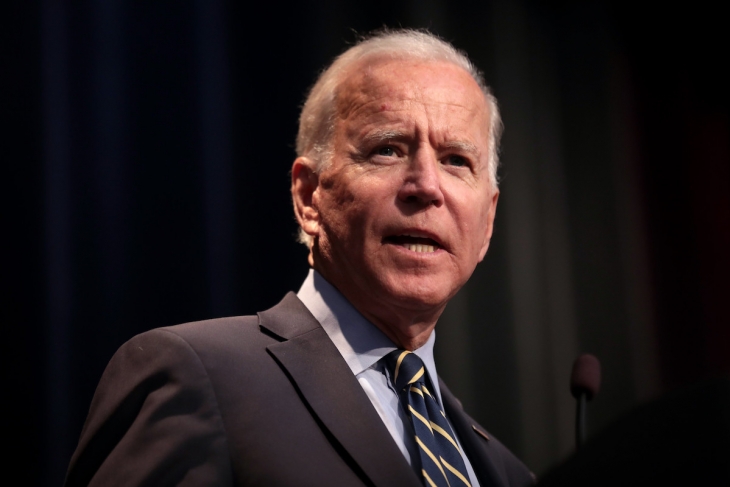 Earlier this month, President Biden issued a sweeping executive order that pushes federal agencies to undertake a series of initiatives aimed at increasing competition in the U.S. economy. The order itself was mostly symbolic, but it sent a strong signal about the administration’s preferred direction on U.S. competition policy. Only time will tell if and how any of its specific provisions pan out, but what’s already clear is the mismatch between the president’s approach to competition in the private sector and his support for monopoly when it comes to public education.

Biden’s aversion to competition in schooling was particularly vivid on the campaign trail, where he bluntly admitted that he was “not a charter school fan” despite the strong evidence of their efficacy. Consistent with the Democratic Party’s education platform and in contrast with his gesture towards competitiveness in the private economy, the president and his allies see no inconsistencies between their protection of the status quo when it comes to education and their calls for dismantling it on other fronts.

In the world’s largest economy, a hearing aid shouldn’t cost as much as $5,000—sometimes more... This is wrong—plain and simple. If our nation’s economy isn’t serving ordinary working families, it doesn’t matter how big and powerful it is, it needs to change [emphasis added].

Sub out “economy” with “schools,” and the contrast becomes incandescently obvious. Warren goes further and adds, “For years, I have been telling anyone who will listen that markets without competition are theft.” Hear, hear, Senator! Countless millions of American students, especially poor and marginalized ones living in urban centers, were robbed of their education when the public school monopoly kept its doors closed for the greater portion of the pandemic.

Biden’s remarks at the signing ceremony were no less cringe-inducing when considered against what so many low-income and minority students and families were forced to endure over the last eighteen months:

The heart of American capitalism is a simple idea: open and fair competition—that means that if your companies want to win your business, they have to go out and they have to up their game; better prices and services; new ideas and products... But what we’ve seen over the past few decades is less competition and more concentration that holds our economy back. We see it in big agriculture, in big tech, in big pharma. The list goes on.

Indeed it does. Instead of competing for students or trying to meet them where they were during Covid, “big teacher” continues to work ferociously against anything that it doesn’t exclusively control. In Denver, for example, this even includes the small subset of district-run “innovation schools,” which have been afforded flexibility from state laws, district policies, and union contracts. That flexibility is now in jeopardy due in no small part to the local teacher’s union.

This hostility towards competition vis-à-vis charters and choice defies logic in light of studies showing that charter competition does not harm student achievement, and in some cases even boosts it. The malice is also difficult to stomach coming from a man who once served in an administration that embraced and encouraged such options. With then Vice President Biden at his side, former President Obama advocated for charter schools and tussled with the teachers unions. New York Times columnist David Brooks once wrote, “Obama has been the most determined education reformer in the modern presidency.”

Today, however, Biden, stands strong with the forces of resistance and repeal in calling charter schools “very misguided.” To be fair, that hostility towards them has so far been more evidence on the campaign trail than in office. Yet there’s reason to be worried that the groundwork is now being quietly laid against them. To wit, House Democrats have proposed cutting the federal Charter Schools Program; deep-sixing the popular yet perennially scrutinized D.C. Opportunity Scholarship Program; and in what may end up as a purely symbolic gesture, floating “anti for-profit” language that could keep all charter schools from receiving federal funding. We don’t know for sure whether the administration is egging them on. We do know that Biden didn’t sign this year’s charter schools week proclamation, the first time a sitting president hasn’t done so in thirty years! So much for asking public schools and systems to “up their game.”

On balance, it’s not a big surprise. While Biden is inconsistent on the merits of competition, he is being slavishly consistent on policies that he and his allies view as being pro-union. To put a finer point on this, monopolies are bad, but if they’re owned by the Democratic base, then they’re A-OK. When applied to schools, the president’s ostensible approach pits adults against students, and that’s a problem because children will almost always lose out in this equation.