The ACT and SAT don’t just measure learning. They drive it, too. 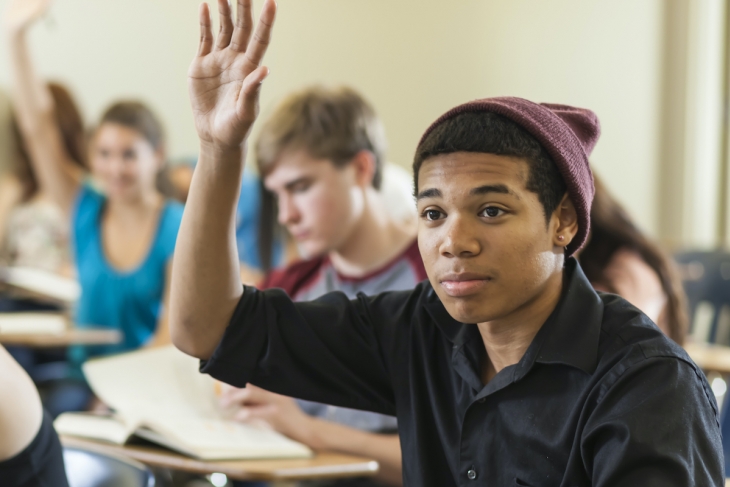 Following numerous Covid-19-related testing cancellations, over 50 percent of four-year colleges and universities have, for fall 2021, gone “test-optional,” an admission policy providing the choice to applicants of whether to submit their ACT and SAT scores. Many of these institutions are considering admissions futures in which these standardized test scores play a diminished role in the admissions process, or, as the University of California system has recently decided, no role at all.

When I began teaching, I was highly skeptical that these tests held any educational value. How could two-and-a-half-hour multiple-choice exams validly measure critical thinking? Should they be used as admissions filters when family income tracks so closely with test performance? Weren’t they just rites of passage for the rich?

Such skepticism is healthy, but I’ve come to a very different conclusion. These tests benefit lower income students more than anyone, and not merely because they’re fair and valid college admissions tools. They’re also vital learning tools. As such, carefully vetted tests like the ACT and SAT are useful within both secondary and postsecondary contexts. At the end of eleventh grade, or near the start of twelfth, state education agencies should require every student to take these national exams (eliminating state equivalent exams that produce testing-redundancies). And colleges should continue including them in their admissions matrices.

The ACT and SAT provide common metrics for evaluating students across wide-ranging educational contexts and disclose critical performance gaps therein. But their value exceeds these applications: These tests also help close the very gaps we ought to be concerned about, a lesson my eleventh grade English composition students in Southwest Houston first taught me.

Late in the fall of my first year teaching at an urban charter school, one of my students named Mateo, a sixteen-year-old young man whose mother had immigrated from the Dominican Republic, approached me at the whiteboard after class. Who knew what he would say next? Mateo was known for unfiltered classroom commentary that irritated and amused his teachers.

Throughout high school, he had been dedicated to winning video game competitions. Now college was on his mind. “Your class could help prepare me, but it needs to get better,” he said. “You care about us becoming better writers but aren’t explaining how to get there,” an unscripted remark that left me grimacing instead of smiling for a change.

Unbeknownst to me at the time, I had been following a common script for teaching writing, what education professor Steven Graham refers to as the “catch method.” Peg Tyre’s Atlantic essay on high school writing instruction unpacks it: “Give students interesting creative-writing assignments; put that writing in a fun, social context in which kids share their work. Kids, the theory goes, will ‘catch’ what they need in order to be successful writers.”

This is what had worked when I taught a writing-intensive ancient/medieval history course in Tulsa, Oklahoma, prior to moving to Texas to work at KIPP Houston High School.

I had hoped my composition class at KIPP would similarly be ideas-focused—that my students would “catch” the conventions of standard English composition through immersion, instead of being directly taught them. Their writing would improve if only they were engaged in class, I thought.

But it turns out this was not enough. Students were drawn to the unit topics and had interesting thoughts about them. Yet when it came to writing, they often had trouble identifying exactly what it was they were trying to communicate. I had trouble deciphering it, as well.

With Christmas break looming, it became apparent that the “catch method,” which worked in Tulsa, wasn’t helping my KIPP students. Perhaps this is because, unlike their privileged counterparts, their parents hadn’t attended college, and many didn’t speak English at all.

These students needed technical writing instruction. What I had been giving them was vague writing advice: “It doesn’t really flow,” for example, or “say it aloud—and, ask, does it sound right”—unhelpful suggestions that led them down dead-ends and caused them to spin in circles.

Some thought I should lower my grading standards to make class easier. Fortunately, I listened to students like Mateo instead. We didn’t have to lower our standards; we just needed a way of reaching them.

Our troubles arose at the sentence level. So I searched for clear, analytical writing norms to guide us through the labyrinth of English syntax.

I looked to the test my students would be taking in the spring, which they were already concerned about—the ACT. I aligned our writing instruction to the English section. Slowly, student writing improved.

We discovered that the ACT English Test’s standards—things like improving coordination between phrases, distinguishing cause from contrast words, marking critical sentence junctures with the appropriate punctuation, and sharpening topic sentences—were the very writing competencies my students (and perhaps their teachers too) had difficulty consistently executing. The ACT was not a stumbling block, but a path forward.

“Does it sound right?” was replaced with pinpoint questions that demystified what makes sentences, paragraphs, and essays work. It often felt like the ACT English test had been designed specifically with my students’ writing needs in mind.

This test enhanced other dimensions of personalized learning in class. When examining the city of Houston, students had the choice of studying it through the prism of immigration, Beyoncé, or Houston hip-hop. And when reading and discussing fiction from brilliant, young minority authors, students chose the short story he or she wrote about. I embedded the ACT’s English and reading standards into each path of study, and as their reading and writing skills improved, students increased the time they devoted to our writing projects because they “got more out of them now.”

In turn, this fueled their desire to continue improving their reading and writing skills, creating a virtuous learning cycle.

Unsurprisingly, student confidence soared along with their standardized test scores—which were well above the national average for four years in a row. In college, students inform me that my class helped level the playing field for them in humanities classes at institutions like Yale, Georgetown, and the University of Texas at Austin. Their peers regularly solicit them for writing and editing feedback. They’ve become “grammar snobs” and blame me for it.

Mateo is attending community college while working a full-time job to help keep his mom and sister financially afloat. He recently told me, “All the grammar we learned in your class has helped me better organize my thoughts to engage my community,” which he and his girlfriend do on a regular basis. He’s studying economics with law school on the horizon and wants to enter politics. Mateo reminds me that standards-based learning doesn’t stymie independence, but foster it.

Policymakers and practitioners shouldn’t choose between personalized and skills-driven education. The reality is all students need both, but in different proportions depending on students’ respective backgrounds. I’m not advocating that we “teach to the test” and “drill and kill.” However, instead of eliminating high-quality tests, we could develop programs that incentivize teachers to embed their standards into curricula that are written to engage students’ real-life concerns. Blaming tests won’t help. The ACT and SAT reveal competency gaps we cannot afford to ignore. My students and I contend that smart application of these tests plays a key role in closing them.

Travis Koutsoubos-Miles studied philosophy and theology at Wheaton College. After earning his degrees, he taught history at a private high school and then English composition at KIPP Houston High School, where his students soared scholastically. He is now Executive Director of an education startup called Born to Know, which provides advanced teacher training and curricular resources for urban public school educators.