Why reformers will miss Secretary DeVos when she’s gone 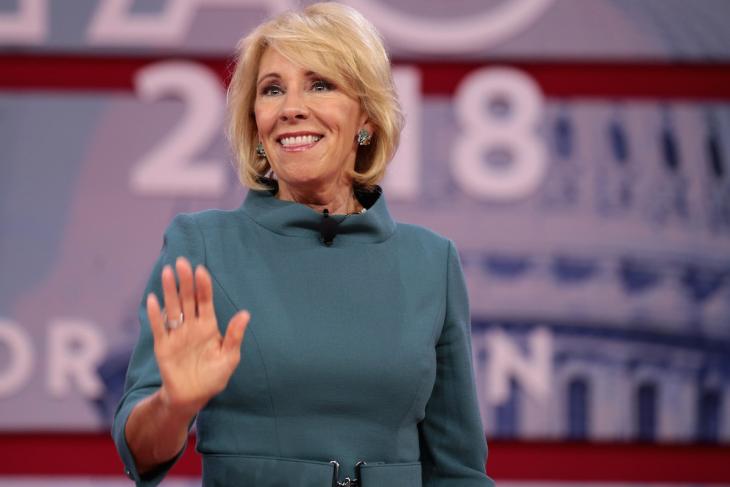 With less than a year to go until the 2020 presidential election, Elizabeth Warren’s ascendancy to ostensible Democratic frontrunner, and the release of her voluminously noxious education proposal, I fell into a fever dream of the same strain that afflicted AEI’s Rick Hess earlier this fall: I imagined President-elect Warren shaking hands with Randi Weingarten in the White House Rose Garden followed by an exchange between a glum reformer and a long-time union apparatchik who was giddy about the coming four years. Here’s the gist of the conversation:

Glum reformer: As a pro-reform Democrat, I’ve always been a fan of Elizabeth Warren. I didn’t care too much for her education plan, but I figured it was more about virtue signaling than actual policy. My hope was that after she became president, she would moderate her tone on education policy issues. Plus I thought DeVos was deplorable. But Randi Weingarten? Seriously?

Cheery unionist: What an acceptance speech! And a fiery one at that:

No more billionaire privatizers, no more school choice segregationists, no more corporate deforms, no more assaults on public education! Teachers are the heroes of our country, and your voices have been heard loud and clear. As Secretary of Education, I promise to work with the president-elect to make sure teachers are paid what they deserve, to end federal funding for charter schools, to eliminate the ability of states to pass right-to-work laws, and to stop the fixation on testing. The decades of top-down edicts and mass school closures are finally over.

Glum reformer: What about nominating someone with real teaching experience?

Glum reformer: She still has to be confirmed though.

Cheery unionist: Shouldn’t be an issue now that we have control of both the House and the Senate. Did you hear that Randi has already called for a reauthorization of ESEA that does away with the requirement for annual testing?

Cheery unionist: I’ll let you in on a little secret. As someone who has an inside track into what the Warren administration is planning, they know there’s a limit to what they can accomplish legislatively, even with the federal government trifecta. Instead, Randi’s planning a death-by-a-thousand-cuts approach. Publicly profess large and lofty policy aims, but inside focus like a laser on mischief-making and gumming up the works.

Glum reformer: What do you mean?

Cheery unionist: Take the federal charter school grants program application. How many pages is it? To follow her new boss’s lead, Randi could push to quadruple its length and make the thing virtually unworkable. Yes, they’ll seek to dismantle it legislatively too, but it’s all hands on deck in the new administration to think creatively about pushing their regulatory authority. Here’s another potential target: charter authorizers. What’s the average length of a charter contract? Is there a way they can compel states to lower that time period? Create as much disincentive as possible to renew a charter contract, let alone open a new school. They could also promulgate guidance around fiscal impact—or something vapidly analogous—to provide more reasons for rejecting charter applications. Wrap all of this in rolls of red tape, and top it off with a bright, burdensome bow.

Glum reformer: In principle, I’m with Randi on a bunch of things like school discipline reform and LGBTQ students. But going after charters and choice is misguided.

Cheery unionist: You don’t get it, do you? Education reformers will never have enough manpower and political muscle to either protect or advance policies as long as you’re at each other’s throats. And now that we control the White House, the war of attrition is going to set you back even further. We’ll win by continuing to milk public opinion—the media eats up our homilies to underpaid teachers, teacher shortages, and low job satisfaction—and by working slowly and surreptitiously under the cover of regulatory darkness.

Glum reformer: And I thought things couldn’t get any worse.

Cheery unionist: The fox is in the henhouse. You’ve made your bed. I suggest you lie in it!

My delirium was shaken off after a sip of coffee, and an email appearing in my inbox with the subject line “Oneirophobia.” If Warren does end up winning the nomination, the sensible thing to do would be to return from the fringes and tack back towards the center. In which case, there’s little need to worry about my fever dream becoming anything more than just that. 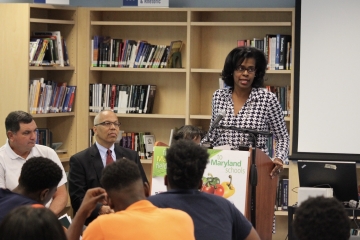