Can that plan, Senator Warren! 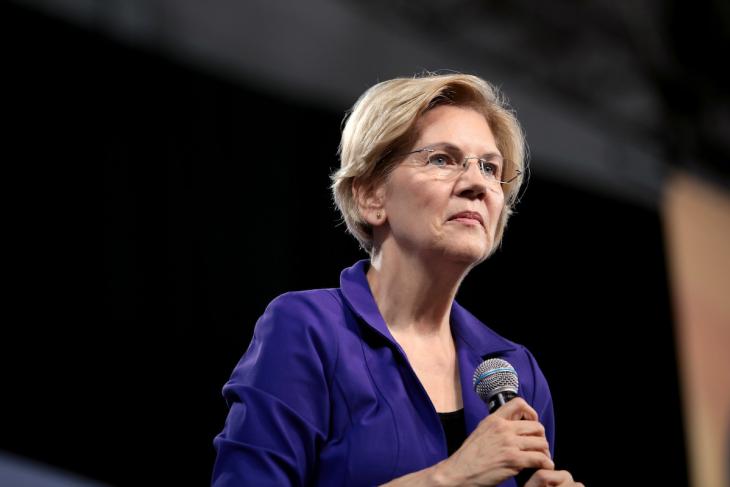 Senator Elizabeth Warren is famous for hurling at least one major plan against every policy issue and societal problem you ever heard of—or hadn’t. It’s true that a lot of them make my head ache, some of them turn my stomach, and practically none seem likely to get enacted during her lifetime, even were she to win the Oval Office. Still, her plans often contain provocative ideas, not all of them bad. At least she’s thinking about big, substantive matters and going after them with big, substantive proposals. That’s a nontrivial part of what a presidential candidate—or president—should do.

The spendthrift K–12 education plan that her campaign team unveiled on Monday is certainly big and substantive. It’s also pretty awful, as it would reverse most of the major education reforms of recent decades, drive a stake through the heart of what’s left of bipartisan federal and state policy, and re-enshrine adult interests, especially those of the teachers unions, in place of children’s, while wasting immense sums of taxpayer dollars. (The total price tag is estimated at $800 billion.)

What’s more, the bravado of its federal overreach makes No Child Left Behind look like the Cowardly Lion.

On at least one high-profile issue, namely charter schools, Senator Warren (like several fellow candidates, notoriously including Senator Cory Booker) is also reversing herself. Indeed, she’s gone further leftward—union kissing, charter hating—than any of the other major candidates, and has done so in vivid contrast to her past praise of Boston’s charters for their impressive education achievements, achievements that likely would not have happened had they been denied the federal start-up funds she wants to bar from future charters, and surely would not have happened had they depended on the Boston school system to authorize them, as she wants. (Since states set their own rules for charter authorizing, it’s not clear—yet—how a president would go about constraining them.)

Like the Every Student Succeeds Act, charter schooling in America has been, on the whole, a triumph of bipartisanship, in this case for two decades and at both the state and federal levels. By ending that, Warren would widen the schisms in a country that sorely needs more examples of coming together, and nowhere more than in providing more quality education options for needy kids—the very population her new plan purports to help. We know from growing piles of research that urban charters, in particular, serve African American youngsters far better than district schools—and that cities with lots of charters have enjoyed a rising tide of student achievement. Yet the unions loathe charters and Senator Warren is trying to hug the unions tight.

At least five of her other major education proposals should join the charter plan with the rotted tea leaves under Boston harbor. She would:

The good news, I suppose, is that none of this is apt to happen no matter who wins what next year. The undeniable bad news, though, is that one of the leading Democratic candidates is so wrong-headed and craven on an issue of this importance. Why is she doing this? Does she really think she has a shot at the unions’ endorsement?? If she’s trying to beef up her support among minority voters, why is she going after the charter schools that serve their children far better than urban district schools and that surveys show they favor? Or is it possible that she and her team are so into designing grand “progressive” castles in the sky that they’ve simply lost their earthly moorings?