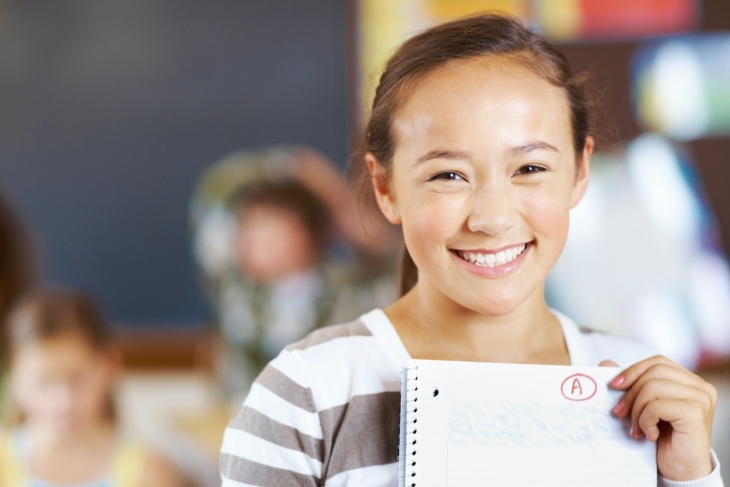 A tenth-grader I happen to know pretty well takes her school grades seriously and derives satisfaction and pride from good ones (which, I might add, she routinely seems to get). This spring was hard for her—no fun for a teenager to be home with mom and dad all day, no contact with friends except on screens, and none of the face-to-face classroom interaction with teachers and fellow students that she adores. Her (private) school did a commendable job of online instruction, and she worked diligently on the assignments. But then no grades, just written comments by teachers. What a bummer, never mind that the sentences emailed to her were highly supportive.

I suppose you might term such kids grade grubbers, but that’s not how I see it. I see them as young people eager for external validation of their work and glad to be judged on it. I also see them as savvy observers of the world around them, a world that uses grades and ratings of all sorts as clues and cues as to whether something is great, so-so, or not very good at all.

That’s what’s wrong with pass-fail in schools, a practice so widespread this pandemic-stricken spring that UMass professor Jack Schneider, in a long, thoughtful New York Times column, forecast the permanent end of grading. He’s no great fan of pass-fail, but contends that grades “fail to advance the multiple purposes they ostensibly serve,” that they distort student motivation, and that their high-stakes nature makes them a bad vehicle for teachers to communicate student progress.

But grades surround us, and we depend on them in one realm of our lives after another. How eager are you to dine in (or get take-out from) a restaurant that gets one star from your local newspaper food critic, another single star on TripAdvisor, and just one from Yelp, too? Paying for a movie judged “rotten” on the “Tomatometer”? How about staying in a two-star hotel when there’s one nearby that’s no pricier and gets four stars? How about sending your child to a school that earned a D last year in the state’s ESSA rating system? Getting your kidney stone dislodged by a one-star doctor or having your chest cracked in a hospital with just one or two stars on Medicare.gov? Buying a car with a one- or two-star safety rating from NHTSA?

I could go on. Sure, some of those ratings get overused and some of the “crowd-sourced” kind are solicited or faked. Yet for sound reasons we routinely and gratefully employ ratings and grades of all kinds to help us distinguish quality from mediocrity, safe from unsafe, enjoyable from dismal, reliable from risky. Many of us also look at the GPA, AP scores, GRE or LSAT scores, even the transcripts, of job seekers. Sure, one could, I suppose, invest hours in due diligence, actually reading the candidate’s senior thesis, phoning professors and previous employers, engaging in lengthy interviews. That would probably yield a fuller picture of the person. But what if you had to do it for twenty applicants? What if you’re an admissions officer facing stacks of hundreds, maybe thousands, of folders? Holistic admissions, conscientiously and fairly applied, is praiseworthy, but it’s also costly in time, effort, and money and is, of course, vulnerable to favoritism, manipulation, corruption, and all the other woes that accompany subjective judgments of people. Worse, it disadvantages those least likely to have connections, resources, navigators, and advisors to help burnish everything that enters those folders.

As for holistic comment or pass-fail ratings instead of school grades, inasmuch as “passing” denotes anything that’s not “failing,” what then signifies excellence? What distinguishes a first-rate research paper or book review or math proof from one that’s barely serviceable? Where’s the recognition for a student whose class participation is well-prepared, attentive, thoughtful, and articulate versus the pupil who yawns, smirks, whispers, peeks at his phone, and responds to direct questions with surly, one-word answers?

Worse still, if end-of-year assessments also bite the dust, ESSA assessments continue to get waived, and SAT and ACT scores are either impossible to generate or ignored by colleges, what then happens when kids’ schoolwork doesn’t get graded either? That’s akin to denying a navigator both longitude and latitude, denying a chef both timer and thermometer, denying a doctor both cardiograph and stethoscope.

Of course grading is fraught. A 2018 Fordham study by Seth Gershenson found nontrivial discrepancies between teacher-conferred grades and student scores on end-of-course exams in the same subject, as well as evidence that grade inflation has recently been more severe in affluent than high-poverty schools. In The Opportunity Myth, also in 2018, TNTP analysts found that many American students get top marks for schoolwork that’s sorely inadequate in relation to their postsecondary and career aspirations, which is to say the inflation of their report cards serves to deflate their life prospects.

A newer Fordham study, again by Gershenson, indicates that kids learn more from teachers who are tough graders! Yet it’s all hugely discrepant from place to place because, as Schneider points out, the U.S. lacks the kind of standardized grading scales and systems found in many other countries. Thus the same student work may reap different grades, depending on district, school, and teacher. Absent uniform grading standards, pushy parents and kids feel free to give teachers grief when grades are low, even if honest, and principals may ding teachers whose tough grading leads to parent complaints and other woes, up to and including students exiting the school or dropping out.

Take away grades, however, and everything gets even more complicated. Schneider favors portfolios, and they’re dandy when scored “blind” by carefully trained and calibrated individuals, much as AP and IB exams are evaluated. But that’s expensive, cumbersome, and time consuming.

Teacher comments can be a rich source of valuable feedback and insight for pupil and parent alike, but they, too, are time consuming, and they, too, are fraught with the agony—or unwarranted pride—that might result from an ill-chosen adjective, the risk of favoritism and the potential for corruption.

The core problem is that we’re getting more squeamish about evaluating and comparing individuals and putting labels on them and their work. That’s increasingly the situation in just about every realm but athletics. We’re ambivalent about meritocracy and more comfortable denying differences and distinctions. There are important realms where such denial is praiseworthy but many others where it serves nobody well in the long run, neither individuals who lack clear signals as to “how they’re doing” and “how they compare,” nor the society they will inhabit once their schooling is complete.

As for the aforementioned tenth grader, now a rising junior, with luck—and virus containment—come fall she’ll again be able to work for the grades she covets.

As for me, five-star take-out is feeling like a mighty fine dinner option.