Getting an A isn't easier if you're rich 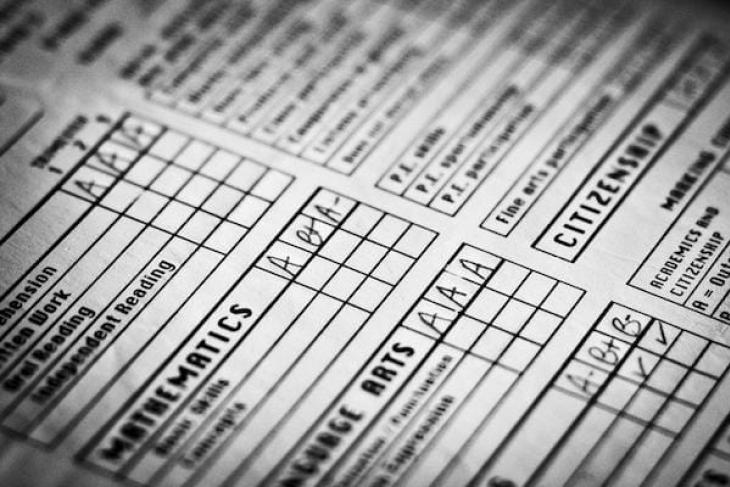 Recent studies have examined the relationship between affluence and grade inflation in K–12 schools, concluding that grade inflation has been on the rise more in affluent schools than in schools serving less advantaged students. This finding has led to confusion, and both reporters and education policy wonks have misinterpreted it to say that grades are generally more inflated in the more affluent schools than in the less affluent ones. But this isn’t what the studies found.

Instead, these reports were referring to changes in grading over the past decade or two. The findings have confused journalists and the larger world of education policy because the term “grade inflation” is commonly used to refer to two related, but very different, phenomena.

The first meaning of “grade inflation” relates to the question of whether it’s generally too easy to get a good grade, something we might call “static grade inflation” or “the combined total amount of grade inflation in all of history.” “The students don’t understand even the basics of biology, yet they all got A’s and B’s—typical grade inflation,” you might hear from some disillusioned educator, shaking her head while referring to this type of grade inflation. Another example is a finding in Fordham’s recent report by Seth Gershenson, Grade Inflation in High Schools (2005–2016), that more than one-third of students receiving B’s in Algebra failed the state’s end-of-course exam for that course.

Yet the term “inflation” literally refers to changes that unfold over time. In this second meaning of the term, “grade inflation” basically means that grades are rising faster than other measures of learning. You could call this “dynamic grade inflation.” Using a variety of student data, researchers are able to answer a question such as “How much grade inflation has there been in the last fifteen years?,” and then go on to answer the question for different types of schools.

Both the aforementioned Fordham report and Michael Hurwitz’s and Jason Lee’s chapter in the book Measuring Success found that this latter type of grade inflation—the one about changes over time—was happening more in recent years in richer schools, and both studies made it explicit that their findings captured changes during the period on which the studies were conducted. The former reported that “during the years examined here, grade inflation occurred in schools attended by more affluent students but not in schools attended by less affluent ones,” and Hurwitz and Lee showed that “high schools enrolling students from more advantaged groups are inflating grades at a faster pace than are other high schools.”

Both found that, in recent years, it’s been getting easier for students in more affluent schools to get good grades, but neither study reported that it is generally easier to get a good grade in one type of school than in another.

Although these recent studies don’t answer the question of whether poor or rich students have it easier when it comes to getting a good grade, there is other evidence suggesting that it’s actually harder to get a good grade in an affluent school. For example, a 1994 study by the U.S. Department of Education (ED) found that students in high-poverty schools who got A’s had the same average English test scores as students receiving C’s and D’s in more affluent schools. For math, the A students in high-poverty schools had similar exam scores to the D students in the richer schools!

Since the recent reports have shown a faster pace for grade inflation in more affluent schools, might more affluent schools have closed the grade inflation gap since that ED report? After the Bluegrass Institute analyzed 2016 data from Kentucky on grades and ACT scores in response to Fordham’s report, I looked at the data they used and identified a similar pattern to that found in the ED’s earlier student-level study.

Grade inflation has been a concern for many decades, and there was probably never a time when getting a good grade was equally related to the mastery of knowledge and skills in all schools. This isn’t really so surprising, considering that grades are generally in the hands of individual teachers and schools rather than the district or state.  So although these recent reports have added new evidence of the dangers of grade inflation—and the legitimately puzzling question of why it may be accelerating faster in more affluent schools—we still ought to view the findings about recent changes in the larger context. Sadly, schools serving disadvantaged students have often failed to hold their students to high standards or clearly communicate to them about their actual academic performance. A recent report from TNTP shows that poor and otherwise disadvantaged students are especially unlikely to get grade-appropriate assignments and teachers with high expectations for their learning.

The danger of grade inflation for disadvantaged students is not that colleges or employers will underestimate their academic performance because of their grades, as has been implied by coverage of these recent reports, but rather that, if everyone tells them they’re doing just fine when they actually are not, they won’t get the message until it’s too late.