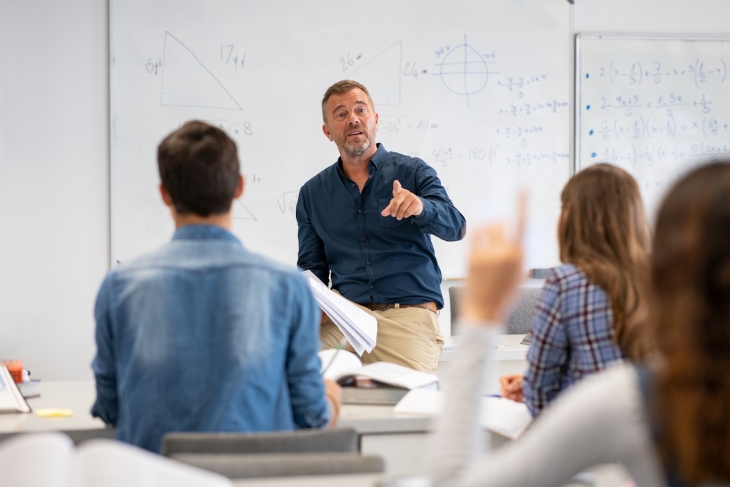 In 2013, the British government ended the use of “annual progression” pay scales for teachers. These were similar to U.S.-style “step and lane” models but were set at the national level across the pond. Instead, Whitehall mandated that all 20,000-plus state-funded schools in England and Wales introduce their own Performance Related Pay (PRP) scales.

The previous “main pay scale” took into account teacher experience and work location, and incorporated geographic adjustments intended to compensate for the higher cost of living around London. The new arrangement did not alter school-level funding, which meant that, within their existing budgets, school leaders could now choose to change the average teacher pay and/or vary pay across teachers within the school. A recent study from the Economics of Education Review examines how this reform, which impacted nearly half a million teachers, affected multiple outcomes, including teacher pay progression, recruitment, and retention, as well as student performance.

The analysts use a difference-in-differences model with school and year fixed effects. They compare the pre-reform mean hourly wage of the particular labor market where the school is located against the reality of post-reform wages. In other words, the counterfactual is the expected annual level of pay growth based on what educators would have gotten under the old scale system. They also aggregate these data to create school-level measures of average deviation from expected pay growth.

Now to the results. First, the analysts find that the reform leads teacher salaries to grow faster in tighter labor markets. Post reform, there’s an immediate slackening of teacher pay growth across all districts, but the decrease is smallest in labor markets with higher outside wages—meaning places where competition for labor is the highest. Second, despite having the flexibility to reward teachers differently based on individual performance, within-school variance in teacher pay growth was no higher than in the pre-reform years, suggesting that any changes in teacher wage growth were applied to all staff equally. Schools tended not to hire new teachers but to use the funds to augment the salaries of existing ones. Evidence also showed little connection between the new policy and teacher retention and recruitment.

Removal of the national pay scales led to some teacher groups receiving greater or smaller pay increases. For instance, teachers with longer tenure at a school experienced higher pay growth, as did males (0.38 percentage point higher than females). And although STEM teachers who were more in demand did not see a difference, Black secondary teachers did—having gained 0.57 percentage points in pay growth after the reform.

The bottom line is that the flexibility afforded to school leaders in England did not, ultimately, lead to real performance-based pay. While summaries of the research on performance-based pay are positive overall—as long as policies are designed carefully—a larger issue is that principals are hard pressed (or disinclined) to differentially evaluate teachers, tending to give them all fairly high marks. Leaders are likely not clamoring to downgrade evaluations of their teachers if they are not able to let them go next year anyway (thanks in part to power-hungry unions). And it’s hard to justify performance-based pay when one of the measures you use to do so says that everyone is performing similarly.

This study reiterates the difficult position in which school leaders find themselves, as both teachers’ biggest supporters and judicious evaluators. Future efforts to create a true performance-based pay scenario must reckon with this reality.