What do school boards think about the 1619 Project curriculum? 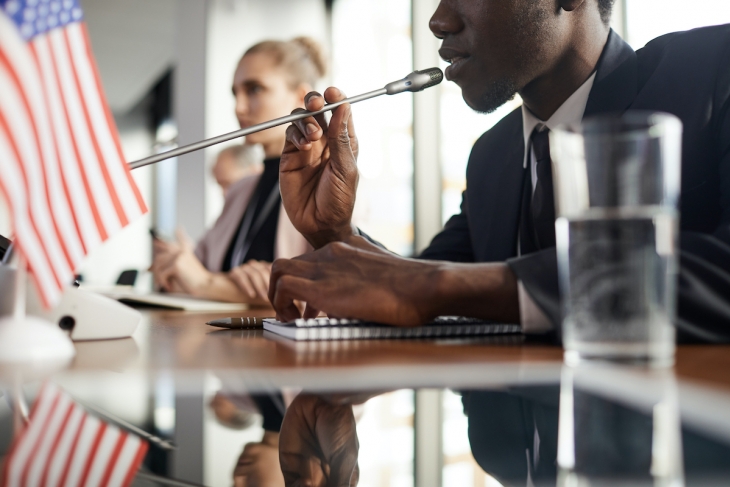 A new survey of parents and school board members finds significant resistance, particularly among the latter group, to many of the controversial claims and ideas advanced by The New York Times’s 1619 Project.

The poll conducted for The Heritage Foundation by Braun Research is based on a representative national sample of 1,001 parents plus 566 school board members. It suggests that school boards may be more conservative than parents when it comes to teaching history and civics—and that reframing teaching U.S. history with slavery as an animating force might face more resistance than some have assumed.

One head-scratcher is that two-thirds of parents surveyed say their child’s public school “offers enough coverage of civics.” Yet all other available evidence suggests that civic education remains not just the forgotten purpose of public education, but also a sorely neglected subject. It’s the chronic laggard among all tested subjects. Scores on the NAEP Civics, Geography, and U.S. History exam make reading and math achievement look comparatively robust. Parents may simply be unaware of the sorry state of civic education, or perhaps they’re more focused on the private dimensions of schooling, such as advancing their children toward college and career, than on preparation for citizenship.

School board members, by contrast, are less likely to express satisfaction with the state of civic education in their districts. But there’s some cognitive dissonance here, too: A survey conducted by Fordham a few years ago showed very low levels of interest in civics and citizenship visible in school district mission and vision statements. If board members are concerned about civic outcomes in their districts, they’ve been awfully timid about it.

The new poll’s most notable findings—and sharpest points of contrast—pertain to teaching history, and specifically issues raised by publication of the 1619 Project. As readers surely know, the controversial Pulitzer Prize-winning series represents a conscious bid to “reframe the country’s history” by establishing the date of America’s founding as 1619, the year the first African slaves were brought to Jamestown, rather than 1776, the year of the Declaration of Independence and the American Revolution, which the 1619 Project inaccurately claims was a war “to protect the institution of slavery.”

Asked whether schools curricula “should promote the view that our founding ideals of liberty and equality were false when they were written by the Founders,” a claim made by the 1619 Project, a strong majority of board members—over 70 percent—said “no.” Parents were more evenly divided, answering in the affirmative 47 to 46 percent, with the rest undecided or preferring not to say.

Poll numbers rise or fall in large measure on how questions are asked and who is asking, but only one-third of parents in the Heritage survey think that schools should “reframe American history so that children will learn that the United States has been tainted by slavery and racism (and), that its institutions now need change.” Even fewer school board members, 28 percent, whose opinions ostensibly influence classroom practice, embrace that idea.

The Heritage poll did not include teachers, but a new RAND study does. Truth Decay: Teachers’ Civic Instructional Materials largely reconfirms the degree to which teachers rely heavily on classroom materials they find on their own or modify—rather than curricula (if any) adopted by their districts. According to the study, a plurality of secondary teachers, 42 percent, say that “found” resources make up the majority of their social studies teaching materials; 40 percent cite “materials I modified.”

Taken together, the Heritage poll and the RAND paper cast the controversy over the 1619 Project in a somewhat surprising light. On the one hand, the Pulitzer Center on Crisis Reporting claimed that, as of January 2020, over 4500 classrooms—not districts—had adopted the curriculum that it produced based on the 1619 Project, which consists of “reading guides, activities, and other resources.” However, the number of school districts that have adopted it district wide appears to be quite small. Various news reports commonly cite five districts that have formally adopted the curriculum, including the District of Columbia, Chicago, and Buffalo. If the Heritage poll is any indication, however, most school boards may not be eager to swallow the 1619 narrative whole And the RAND study suggests that teachers—who may or may not be more sympathetic to its aims and conclusions—are more likely to modify the materials than teach it straight, as they do other materials.

In sum, it seems likely that the vast majority of those 4,500 classrooms where the controversial curriculum is ostensibly being used fall into the murky category of “found” resources, with teachers deciding to use or adapt it for purposes ranging from mere student engagement to spur a lively discussion to a doctrinaire belief in its values and historical accuracy. But this doesn’t blunt the potential for controversy. As we’ve noted previously, in most places, school boards wield nearly complete power to set curriculum. Numerous court decisions have affirmed that teachers are considered “hired speech” and enjoy far less latitude to teach controversial material than is commonly believed.

There is likely “some play in the joints in most school districts particularly when it comes to supplemental material,” explains Joshua Dunn, a political science professor at the University of Colorado-Colorado Springs. “Of course supplementing with the 1619 Project could cause problems for teachers compared to, say, adding speeches by Martin Luther King Jr.,” he notes.

All of this suggests an intriguing opportunity for clarity—or perhaps mischief—for both fans and critics of the 1619 Project. The rock-bottom, basic function of a school board is to represent and safeguard the views of the local community in overseeing its most important civic institution. So it’s worth asking board members to articulate explicitly those views: To what year do we date this country’s founding? Is it the position of this school district in its curriculum and instruction that America’s ideals were false when written into our founding documents? What vision should we portray to our community’s youth?

The answers we might receive from members of America’s nearly 14,000 school boards would be clarifying to teachers—particularly the vast majority who “find” and “modify” the material they put in front of children with little or no official guidance at all.