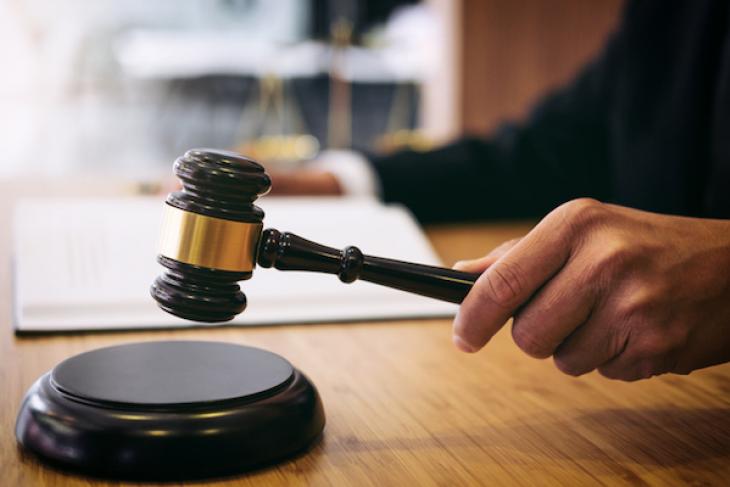 At the height of the battle to confirm Brett Kavanaugh to the Supreme Court a few weeks ago, a California math teacher took to Twitter, as many of us are wont to do, to vent. “I’m a teacher, and I don’t know what I’m going to say to my students if Kavanaugh gets confirmed,” fumed Nicholas Ponticello. “Do I tell them that this country doesn’t take sexual assault seriously? Do I tell them that truth and integrity don’t matter? What do I say?”

The Tweet was “liked” 27,000 times and re-tweeted 8,000 more. The education news website The 74 followed up with an unusually credulous piece on how to navigate “tricky” subjects on politically contentious subjects, while eliding almost entirely the point that Ponticello was not seeking advice on lesson plans or curriculum resources—he was taking sides in a politically contentious debate, and one far afield from high school math.

Teachers, like every American citizen, are free to express their political views in a variety of public forums like Twitter and Facebook. But a series of court decisions have made it clear that a very different standard applies inside publicly funded K–12 classrooms, where teachers have far less freedom to speak their minds. If Ponticello was earnestly seeking advice, the best counsel he could have received might have been not to discuss Kavanaugh’s confirmation at all without first discussing his plans with his administration, and probably his district’s school board, which has broad and nearly unquestioned power to set curriculum and define what is and is not permissible teacher speech in classrooms.

“I really feel that civics is the number one most important thing we can teach our students,” Ponticello told The 74. “You can’t just bury your head in the sand just because you’re a math teacher. It’s your job because you’re the adult in the room.” I strongly concur with him on the importance of civics, but courts (correctly, in my view) are far more likely to assume that as the adult in the room, the teacher has an obligation not to air his or her views in front of children. In Mayer v. Monroe County, the U.S. Court of Appeals for the Seventh Circuit in Chicago ruled unanimously against an Indiana elementary school teacher who alleged she was fired in 2003 for comments made in her classroom criticizing the U.S. war on Iraq. She sued the school district on First Amendment grounds and lost.

“The First Amendment does not entitle primary and secondary teachers, when conducting the education of captive audiences, to cover topics, or advocate viewpoints, that depart from the curriculum adopted by the school system,” the three-judge appeals panel said unanimously. They held that the teacher’s comments were not protected speech, citing a Supreme Court decision known as Garcetti v. Ceballos. In that 2006 decision, the Court held that a public official’s freedom of speech is protected only during private speech—not in the course of official duties.

“When talking to students during classroom instruction, teachers cannot assume their speech is protected,” observes Julie Underwood, a professor of Education Law, Policy and Practice at the University of Wisconsin-Madison, where she also served as the dean of the university’s school of education. In a piece published last year in the Phi Delta Kappan bluntly titled “School districts control teachers’ classroom speech,” Underwood wrote, “Teachers cannot let their personal beliefs interfere with their obligation to deliver the school’s curriculum, and they may not hijack the curriculum or use their position as teacher as an opportunity to inculcate students to their personal beliefs.”

In sum, a math teacher who decides to stop teaching math because he wants to lead a discussion on Kavanaugh is not merely on thin ice. There is no ice under his feet at all.  “Those of us who are educators absolutely have the right to speak on issues of education policy and to do so loudly and frequently,” Underwood told me in an interview. “But not in the classroom when you're teaching students about Shakespeare.”

While there’s a strong and largely protected tradition of academic freedom in higher education, K–12 teachers have far less latitude. As a practical matter, local school boards wield nearly complete power to set curriculum. Teachers are largely considered “hired speech.” This well-established legal standard was missing entirely from the “advice” Ponticello was offered on Twitter and in subsequent news coverage.

Nor is it much of a defense for teachers to claim they are expressing their views in solidarity with students. This is an unacceptable form of “moral grandstanding,” according to Joshua Dunn, a political science professor at the University of Colorado-Colorado Springs. In a draft collection of essays edited by Harvard’s Meira Levinson, titled Talking Out of Turn: Teacher Speech for Hire, to be published in 2019, Dunn notes that students have more free speech rights than teachers, and argues for the “necessity of neutrality” as a matter of public accountability and trust. “Teachers are in a position of authority and can dramatically affect the life prospects of students [who] understandably will self-censor to avoid offending the person who controls their grade,” he writes. Moral grandstanding is a particular risk, Dunn notes, “precisely because students are supposed to be learning how to honestly deliberate across lines of difference….the grandstanding teacher instead models dogmatism and self-righteousness.”

I’m with Professor Dunn. I wouldn't argue that politics has no place in the classroom. It certainly does, particularly in the service of restoring civic education to the center of schooling. But as a teacher, my politics has no place in the classroom. That’s not just a personal preference or a professional ideal. It’s a principle that’s well established in a series of judicial decisions.

In our polarized times, teachers may feel compelled to stop everything and talk politics, particularly when they feel righteous indignation over policies they feel unfairly impact their students. That may feel like the right impulse, even a deeply empathetic one, and particularly when so many education reform organizations are taking aggressively political stands on charged issues like immigration, policing, and housing.

My own tweeted advice to Ponticello was a suggestion that he tell his students that his views carry no more or less weight than theirs, their parents, or any other citizen’s. And that the Republic will endure only as long as we accept the rule of law and agree to abide by lawful outcomes—even those we don’t agree with. Ponticello didn’t respond, nor did I expect him to. He almost certainly wasn’t seeking advice. Only corroboration.

“If teachers take offense at the idea that they are nothing more than ‘hired’ speech, they are free to choose another career they find less insulting,” Dunn notes.