The civics and history lesson our children need right now 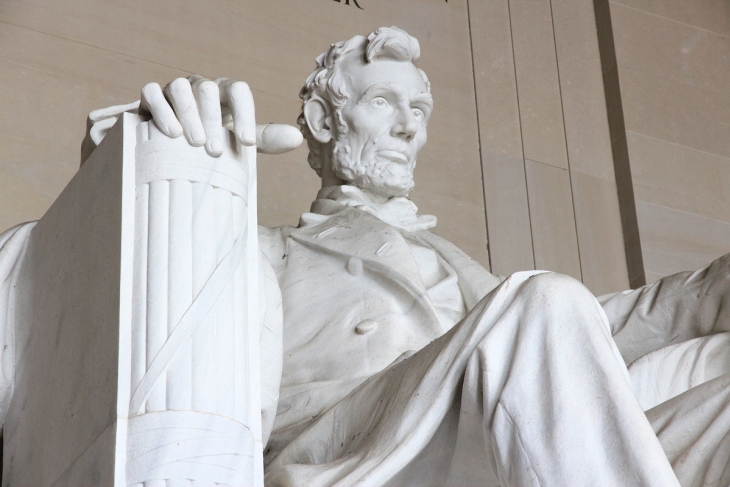 History, well taught, equips students with the ability to see through current crises. Civics, well taught, fosters in every heart an investment in democratic processes and a respect bordering on reverence for the rule of law. If we are serious about schools as character-forming institutions and preparing America’s children for just and responsible citizenship, that effort means exposing children to the example of those who have faced crises in the past, and studying their responses and the appeals they made to civic virtue. We raise our expectations of our present leaders—and those who would presume to lead us—by comparing their conduct and character to those who have done so in the past. As we do that, we also raise our expectations for ourselves.

The student of history knows we are not living in unprecedented times. Ours are not the first days that polarized Americans have faced off angrily and uncomprehendingly. Neither are recent events the worst outbreak of political violence even in living memory. As recounted in Bryan Burrough’s riveting history of the period, Days of Rage, the FBI counted more than 1,800 domestic bombings in an eighteen-month period in 1971 and 1972, an average of five per day—a persistent level of radical insurrection that seems unimaginable even after last week’s siege of the Capitol.

For teachers, the natural tendency when events seem overwhelming is to be reassuring. For history teachers, that can—and should—mean seeking examples from the past to shape our response to the present. How have the greatest Americans responded at moments of national discord? The shining example that comes most obviously to mind, worth studying at any time, but particularly now, is Abraham Lincoln’s second inaugural address.

Standing on the very site of last week’s siege of the Capitol in the waning days of the Civil War, which had claimed an unfathomable 600,000 American lives (a share of the population equal to more than six million Americans today, dead by each other’s hands), President Lincoln delivered a speech that is striking, by twenty-first century standards, for what it was not. He did not indulge in triumphalism over the Union’s military success. He declined even to reassure his listeners of the certainty of victory, though the war was weeks away from its conclusion, instead noting only that he hoped that “the progress of our arms” was “reasonably satisfactory and encouraging to all.” Most remarkably, Lincoln did not urge vengeance on the South, trials for treason or sedition, nor issue any call for a harsh and punitive reconstruction. The words we best remember today came at the conclusion of the address, when the president, barely a month before his awful rendezvous with an embittered and vengeful assassin, counseled:

With malice toward none, with charity for all, with firmness in the right as God gives us to see the right, let us strive on to finish the work we are in, to bind up the nation’s wounds, to care for him who shall have borne the battle and for his widow and his orphan, to do all which may achieve and cherish a just and lasting peace among ourselves and with all nations.

Those agitated by our current conflicts might be struck by Lincoln’s observation, which reads today like a warning, that “neither party expected for the war the magnitude or the duration which it is already attained.” It may surprise students to learn (and instruct modern audiences, as well) that Lincoln’s speech was respectfully received in 1865, but decades passed before it achieved the exalted status with which it is regarded today, including inscription in full on the interior wall of the Lincoln Memorial, opposite the Gettysburg Address. His insistence that both sides, North and South, were subject to God’s judgement did not sit well with many in his contemporary audience, just as today many of us are disinclined to listen to any suggestion that our own views are anything other than wholly correct and those of our opponents base and vile. Even in the wake of unimaginable suffering and slaughter, a trauma that nearly ripped the nation apart more completely than today’s divisions, Lincoln counseled humility and forgiveness:

Both read the same Bible, and pray to the same God. And each invokes His aid against the other. It may seem strange that any men should dare to ask a just God’s assistance in wringing their bread from the sweat of other men's faces. But let us judge not that we be not judged. The prayers of both could not be answered. That of neither has been answered fully. The Almighty has His own purposes.

Lincoln’s speech is the most famous example but not the only one we might ask students to consider as they weigh the present moment against like challenges of the past. Robert F. Kennedy’s somber remarks delivered extemporaneously the day Martin Luther King, Jr. was assassinated are equally remarkable for their directness. “For those of you who are Black—considering the evidence there evidently is that there were White people who were responsible—you can be filled with bitterness, with hatred, and a desire for revenge,” he acknowledged. But with the moral authority of a man whose own brother had been felled by an assassin just five years earlier, he counseled prayer for understanding and compassion:

The fact that Kennedy’s remarks were largely impromptu underscores that his plea was not a calculated, poll-tested political appeal, but an earnest expression of deep conviction and civic values.

Because we owe students the truth, not treacle, we must also teach that even the most elevated expressions or appeals to the better angels of our nature are not enough to smooth over hatred or ward off violence. Reconstruction following Lincoln’s death was accompanied by appalling acts of political violence that seem medieval to the modern mind, and by racial violence that is still not entirely in the past. Kennedy’s speech may have mitigated but did not stop the uprisings that besieged more than a hundred American cities, resulting in dozens of deaths in the week’s following King’s assassination. And Kennedy, like Lincoln, was weeks away from his own death when he delivered his remarks.

Stirring and ennobling words are not enough to avert calamity. But what these speeches and others can do is set a stake in the ground on behalf of a set of common values, which offer a frame through which students can evaluate the words and actions of those who presume to lead us today. Our larger project is to invest children in a set of shared civic ideals, a commitment to democratic processes, and respect for the rule of law. “The notion that norms and institutions are sacred only when they deliver the outcomes we want is a poisonous one,” Rick Hess rightly observed in Education Week. His was not a call for “faux-patriotic happy talk.” Rather, he wrote, “there’s a profound need to teach Americans to appreciate our institutions, the things that they protect against, and what it takes to make them work.”

Appreciation for those institutions, as well as a clear-eyed view of their failures, is a necessary foundation to build if we want our students to commit themselves to improving them, not attacking them. But this is the work of many years. It starts with establishing the cultivation of pro-social dispositions and civic engagement as no less central to the work of schools than college and career readiness, a goal which we are fond of invoking in moments of political turmoil, and equally fond of forgetting when it wanes.

For now, there is an opportunity to build that appreciation with a careful study of times no less divisive and challenging than our own, and the responses to them, then and now. Doing so is not only reassuring, it reinforces the values that have held together a diverse and disparate nation, and if refreshed and renewed, may continue do so.