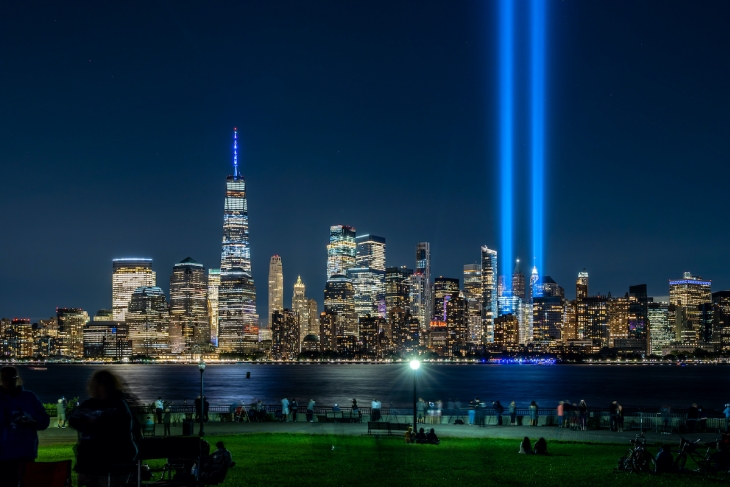 This week, we remember and reflect upon an unforgettably tragic day—some through flashbulb memories of where they were when the twin towers fell, others through the lens of their early youth, and for students like my daughter, who just entered the first grade, through their social studies curriculum, if at all. I was teaching third grade in California on that fateful morning and am struck by how, twenty years later, the teaching of civics, patriotism, and U.S. and world history remain conspicuously absent from so many schools despite entreaties at the time to the contrary.

Indeed, the twentieth anniversary of the “War on Terror” comes amid throes of national conflicts over information, misinformation, even the nature of facts and truth themselves. School board meetings across the country have become ground zero for today’s raging culture wars. But unlike 9/11, which brought the nation together, if only briefly, people today are being inexorably pulled further and further apart. Schools can’t fix all this, but they must reclaim their vital role in ensuring that Americans understand their history and the interconnectedness of today’s world.

To this end, it’s worth reviewing two gems written in the aftermath of that dark day in September. The first, “September 11: Seven Lessons for the Schools,” resonates as much today as it did when Diane Ravitch wrote it all those years ago. In the wake of the terrorist attacks on American soil, Ravitch identified seven lessons that schools would do well to keep in mind during this year’s back to school season: (1) it’s okay to be patriotic, (2) not all cultures share our regard for equality and human rights, (3) we must recognize the presence of evil in the world, (4) pluralism and divergence of opinion are valuable, (5) knowledge of U.S. history is important, (6) knowledge of world history and geography is important, and (7) we must teach students to appreciate and defend our democratic institutions.

Today, lessons one and three in particular would raise eyebrows amid an unhealthy resurgence of nationalism and a noxious climate of intensely negative polarization. It’s important to understand, as Ravitch noted, that the unprecedented attacks of 9/11 rallied the public around the American flag as acutely as the current pandemic has helped pushed people farther into their respective corners. Finding the sweet spot on teaching patriotism has proven elusive, even more so among educators who insist upon a narrative with their students that America is fundamentally irredeemable.

On this question, Ravitch excoriates the “dogma of cultural relativism”—the belief that no culture is better or worse than any other—embraced by the U.S. education system since the late 1960s. While there are many reasons to reject this reprehensible pedagogy, the simplest one is that it flies in the face of reality. As we were reminded in the time of 9/11—and even more recently with America’s retreat from Afghanistan—there are cultures in which women are ruthlessly oppressed, religious freedom is unknown, and political dissidents are mercilessly slaughtered. Ravitch was right, and is right, on the implications for schools: “We should not tell our students that our nation's commitment to due process and the rule of law is no better than the practices of societies that abuse fundamental human rights.”

The second gem, “A Basic Education for the Post-9/11 World,” was penned ten years later by Andy Rotherham as one of ten short essays assembled by Fordham in an outstanding compendium, “Teaching about 9/11 in 2011: What Our Children Need to Know.” (An earlier version appeared in the organization’s 2003 compilation, “Terrorists, Despots, and Democracy: What Our Children Need to Know.”) Echoing Ravitch’s call for history and honesty, Rotherham asserted that all students must start by studying the Charters of Freedom as a way to become critical thinkers vis-à-vis the health of our nation and its ideals. To wit, students should understand that our most cherished institutions and ideas did not develop accidentally or in a vacuum, but arose and survive today as a result of blood, sacrifice, and vigilance.

Rotherham also understood clearly that neither contemporary terrorism nor yesterday’s history could be fathomed without grasping the role of religion and dealing intelligently with its place in schools:

It’s impossible to make sense of current events without a basic understanding of the history of Islam and its major theological divisions. Learning about Christianity, Islam, Judaism, Hinduism, and Buddhism also gives students a richer understanding of their world and the causes of some of its most virulent conflicts. Unfortunately, teaching about religion in schools is too often a casualty of the culture wars or unwarranted anxiety about what the First Amendment does and does not permit in public school classrooms. That must be rectified. Beyond the nostrums of left and right, there is room to fashion a curriculum on this complex yet vital aspect of history.

At a time when curriculum-based reform is experiencing an encouraging resurgence in the form of robust attention and interest in scientifically-sound reading instruction, a proper level of scrutiny to the role of religion in history teaching is also long overdue.

In the heat of today’s many debates and conflicts, the teaching of patriotism and religion may seem daunting, even a fool’s errand while schools are opening into their third consecutive year of turmoil, forcing educators to prioritize student safety ahead of academics once again. But it’s also a uniquely crucial assignment given the stakes, and one to be taken on, if not immediately, before it gets forgotten again through the passage of time.