A virtual scramble: Google searches in the time of Covid-19 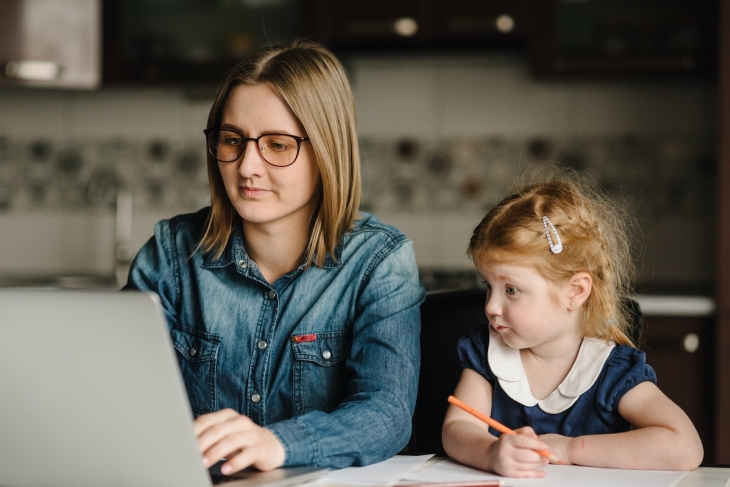 Upon the pandemic-induced closure of schools across the country this past March, millions of students and parents were thrust into a brand-new world of remote learning. Where else would they turn for help but the internet?

A recent NBER working paper examines the frequency and type of online searches for learning resources conducted in the United States in this volatile period. The analysts, based at Boston University and RAND Corporation, use nationally representative Google search data to document in real time how parents and students sought out online resources. Specifically, their outcome measures of search intensity come from Google Trends, which makes publicly available weekly measures of internet search behavior both nationally and by Designated Market Area (or DMA)—of which there are 210 in the U.S. DMAs are defined by the Nielsen Company of television ratings fame and comprise mutually exclusive groups of counties in all fifty states and are ranked by size. New York City is top, Los Angeles number 2, Chicago third, etc. The analysts’ search-intensity measure calculates the fraction of a given DMA’s Google searches devoted to that term or topic. They also use county-level demographic data from the Census Bureau’s American Community Survey to generate DMA-level demographic data.

The methodology requires some explanation before we can delve into the findings. The analysts use a difference-in-difference strategy to estimate how Covid-19-induced demand for online resources changes over time and how that demand varies by a range of geographic and socioeconomic factors. They first assembled a list of forty-five keywords related to online learning, then downloaded weekly search data from June 2015 through May 2020, ranking the forty-five keywords by national popularity. Then they identified the ten most popular of those keywords in each of two buckets: one related to branded online learning resources (like Class Dojo or Schoology) that they also refer to as school-centered resources, and one related to general or generic online learning resources (such as “online learning,” “home school,” and “math worksheets”). These they dub parent-centered resources.

The difference between the two categories is important for interpreting the findings. Based on the terms and their popularity ratings under the category of branded or school-centered resources, these are likely to be resources with which students were interacting as part of their school’s pandemic pivot to remote learning. Google Classroom and Khan Academy were far and away the most-searched keywords across the country, followed by Kahoot and Seesaw. Presumably, on the one hand, families were looking up such resources not because they didn’t have them and wanted them, but because their kids were suddenly needing or using them per their schools’ requirements. On the other hand, the general or parent-centered resources are likely additional supports being sought out by individuals to supplement or replace the more formal, brand-based remote learning resources.

The analysts calculate the differences in search intensity as compared to the same weeks in prior years. Their analysis covers all fifty-two weeks in the most recent year of data other than the week starting March 1, 2020, when states began discussing closures. The other four years of data are used to identify “week of year” effects. They also examine overall post-Covid-19 increases in search intensity compared to the same weeks in prior years; specifically because nearly all schools were closed between March 16 and March 23, they estimate the average increase in search intensity in April and May 2020 when schools and parents were fully aware of the scope of the disruption.

Two topline findings are worthy of discussion. First, nationwide search intensity followed regular patterns until March 2020, at which point the nationwide search intensity dramatically increased for both types of resources—roughly doubling by late March—relative to similar months in prior years. Search intensity then started to drop off, presumably since folks found what they needed and or because the school year was nearing an end in May or June. Second, growth in post-Covid-19 search intensity varied by geography and socio-economic status, with weekly search intensity for learning resources increasing significantly in areas with higher income and better technological access. For example, search intensity for resources was roughly twice as high in high-socioeconomic-status (SES) areas than in low-SES areas. Individuals in low-SES areas searched 36 percent more intensely for school-centered resources, but those in high-SES areas searched an additional 48 percent more intensely. Moreover, search intensity for school resources increased by an additional 15 percent, with every additional $10,000 in mean household income and by a roughly additional 50 percent with every 10-percentage-point increase in the fraction of households with broadband internet and a computer.

The analysts close their report with a set of implications for policymakers, saying that school leaders may want to prioritize access to home computers and broadband internet, and that improving access to and engagement with online learning platforms will be an important step in equalizing learning opportunities. This makes sense, given the longstanding digital divide upon which the pandemic has shone a bright light. Plans are in place to continue monitoring these data into fall 2020. It is possible that the digital divide could be smaller then, due to federal assistance, state-level efforts, repurposing of existing funds, and other charitable efforts. Let’s hope that those later results close some gaps revealed in this first spring scramble.