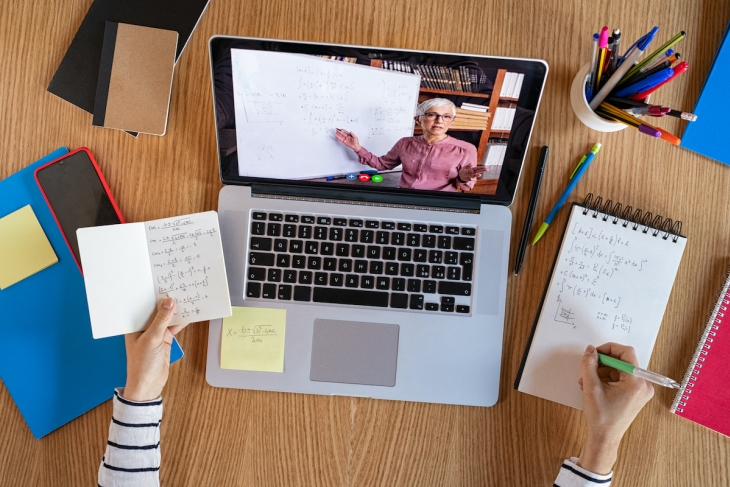 Research on education during the coronavirus pandemic has been robust. Much of it is table setting for longer-term analysis on virtual curricula, teaching effectiveness, and student achievement. But there is also important ephemera being studied that will form a more immediate image of a difficult and chaotic time. A recent report from the National Center for Research on Education Access and Choice (REACH) at Tulane University will form part of that image.

For this study, researchers combed the websites of a representative sample of 3,511traditional public schools (TPS), charter schools, and private schools nationwide looking to see how and how quickly each type of school responded to pandemic-mitigation shutdowns between early March and early June of this year. Their goal was to describe the extent to which schools provided personalized and engaging instruction and a wide range of services in the immediate aftermath of closure, ranking each area to calculate the breadth and depth of response. Thus they retrieved information on the details of instructional activities provided; types of activities presented outside of class; attendance, grading, and progress monitoring; breadth of service (meal provision, counseling services, and the like); and supports provided for students with special needs, English language learners, and students without internet access or compatible devices. Researchers gave their ratings added weight for personalization and engagement if instructional activities were conducted live/synchronous via video-based communication and if student participation was required rather than optional. The highest score a school could achieve was 50 points. The highest score observed was 35.1, and the national average was a disappointing 9 points. The vast majority of schools in the study earned a downright dismal score between 0 and 5 points.

The findings indicate that, rather than a broad response, schools stuck to one or two basic areas, the most common of which was providing academic instruction. Facilitating internet access and providing compatible devices to students was also a high priority. However, the focus seems to have been on general education students, with less service provided to students with disabilities and English language learners. Only 37 percent of schools even referenced a plan for students with disabilities on their websites; and just 17 percent of schools mentioned English language learners. Progress monitoring, likewise, was absent from a majority of school and district websites.

Traditional public schools scored the highest marks in terms of providing services to disadvantaged students, while charter schools scored higher in terms of engagement outside of class and on progress monitoring. Private schools switched to remote learning a few days earlier than TPS or charters, on average, but did not outperform them by a statistically significant margin in any category. TPS eventually caught up with the early-pivot schools on most measures. Researchers found no observable differences between standalone charters and those operating under management organizations.

Midwestern states tended to have the most comprehensive responses to closure, while Southern states tended to have the least comprehensive. These differences hold true even after accounting for income, parent education, and other differences across states. Urban schools had somewhat more extensive responses than non-urban schools. The strongest predictor of how comprehensively schools responded was the education level of parents and other adults in the neighborhood around the schools. Neighborhood internet access was also a strong predictor of school responses. School leaders were unlikely to implement live classes if they knew their students could not access them. Likewise, schools in neighborhoods with greater internet access had likely been using online tools more prior to the crisis and were therefore better prepared to increase their use when needed. That said, 73 percent of school websites that included any Covid-19 plan mentioned at least one online tool that students were expected to use. Google Classroom was the most common, followed by Zoom and similar video conferencing services. Tutorial tools such as Khan Academy were commonly referenced, although no single tool was dominant. Class Dojo, which can be used to communicate with parents and reward children with points for good behavior was used by 9 percent of schools.

These transient details of the chaotic end to the 2019–2020 school year are important to document. Many schools and districts are already mounting the 2020–2021 school year treadmill with barely a breath in between. Huge quality and equity gaps in education existed before coronavirus closures, and these findings mainly spotlight portions of the pre-existing picture. The true panorama will not become clear until we see if the short-term trouble leads to long-term fixes.